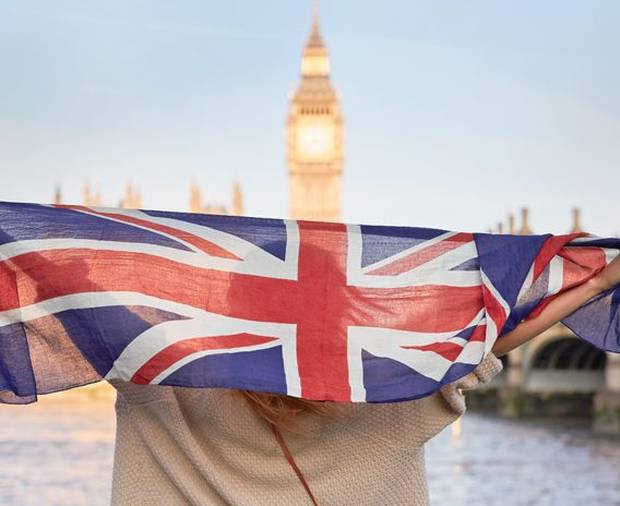 Delightfully diverse and bewilderingly beautiful, Britain has a unique charm that enthrals almost anyone who visits or is lucky enough to call it home. From the obvious to the obscure, here are the 50 things we love about the UK – in no particular order:

From golden sands to pretty pebble beaches and dramatic white chalk cliffs, the seaside in the UK is simply stunning.

The weddings, the castles, the gorgeous kids and The Crown. OK, so the real deal is probably a lot better than the Netflix take, but we’ll take any bit of Windsor goodness we can get.

Tennis. Rugby. Football. Cricket. Brits are insanely passionate about sports, fiercely protective of their own teams and always prepared to stand by the underdog.

4. Cream teas with scones and jam

A British classic, best enjoyed out of a newspaper by the seaside (our secret tip: the village of Anstruther in Scotland). For other must-eat classics, check out this post.

If you loved The Crown, Downton Abbey, Black Mirror, Luther, Dr Who or Sherlock, you’ve got the British TV industry to thank…

Speaking of, the BBC is Britain’s gift to the (broadcasting) world. It’s the oldest national broadcasting organisation in the world with truly global reach, covering world events 24/7 and producing world-class entertainment.

Everyone wants a British accent, right? It’s charming, sophisticated and can come in many guises – here’s our take on the top dialects you need to know.

Yes, up to eight extra days off each year for everyone, which don’t come out of your annual working holiday allowance. (Count yourself lucky if you live and work in Britain!)

The UK is a melting pot and we love that about the country. It’s a source of historical, cultural and culinary richness, and on full display in cities like London and Manchester.

Britain is an eccentric, quirky nation. And mighty proud of it too.

Go to the West End in London and watch world-renowned award-winning productions of Les Miserables, Wicked, Mamma Mia or the Lion King. Then pop round the corner to your nearby theatre and watch a brilliant local drama production.

The arts, the sciences and the culture are celebrated all across Britain, and world-class places like The British Museum in London are free of charge for all. How awesome is that?

Green rolling hills, quaint villages with cobbled streets and historic cottages with thatched roofs… The charm of the British countryside is undeniable.

Even in the smallest and most remote of places you can usually find a pub, a church, a castle or a small house that dates back to the 1600s.

The world would not be what it is today without Britain. We have Brits to thank for antibiotics, cement, the jet engine, the TV, the tin can and the world wide web, to name just a few. Oh, and the chocolate bar, of course.

Can you imagine a world without Harry Potter? British muggles swell with pride knowing that The Boy Who Lived is one of theirs, but thankfully they’re more than happy to share him with the world.

There’s something charming about the snow-induced mayhem that ensues when the UK gets even the slightest amount of snowfall: schools close, public transportation grinds to a halt… and everyone heads to the nearest park for a spot of sledging!

The sarcastic, self-deprecating sense of humour can be an acquired taste (here’s our beginner’s guide), but it’s also given rise to some truly original comedy shows (Fawlty Towers, The Office, Little Britain) and some of the best comedians in the business (Eddie Izzard, Ricky Gervais, Jimmy Carr, Russell Brand, Michael McIntyre).

Brits love structure when it comes to waiting for their turn. It’s endearing, really, how polite they are (and how weird the word itself is).

The love of London endures, and for good reason. There’s nothing quite like the excitement and variety that this city offers, and the cutting-edge culture that it champions. As far as world cities go, it’s remarkably easy to escape too when it all gets a little much – just hop on a train and head out to the country.

Speaking of… there’s much to discover beyond London – from charming (smaller) cities like Brighton, Bournemouth, Bristol, Manchester, Eastbourne, Oxford and Cambridge, to breathtaking natural scenery only accessible on the road.

OK, so we covered some of the biggest and brightest stars of the UK music scene already, but the history of British rock warrants a special mention. Can you imagine rock without the contribution of bands like The Beatles, The Rolling Stones, Stone Roses, Pink Floyd, Black Sabbath, Led Zeppelin, Joy Division, The Smiths, Blur, Queen, The Cure, The Who, Oasis or Radiohead? We think not.

British TV at its absolute finest. Four strangers get together to cook a meal for each other and then they grade the evening. Winner takes home 1000 GBP in cash. The commentary is off the charts (and a perfect example of British sarcasm in action.)

Known as a ‘builder’s brew’ because construction workers usually make it the best. Bang the kettle on, teabag in cup, hot water in, tipple of milk, two sugars, done. Add extra ‘oompf’ by grabbing a custard cream to dunk in the tea. (Don’t dunk for too long though or the biscuit will break off.)

A slightly fancier take on tea, but no less British. Artfully crafted sandwiches, cakes and scones, washed down with copious amounts of tea and perhaps a glass of champagne or two. And all that at four o’clock in the afternoon. Pretty fab, no?

Speaking of treats… This one’s famous for a reason. There is no better (and more hearty) start to the day than this.

The most satisfying savory treat out there, and as varied as Britain (you can have that delicious little pastry stuffed with anything from beef to curry).

Cold, cloudy and rainy 90% of the time, which makes it that much more special when you catch it on a sunny day. And did we mention it’s insanely beautiful?

A national treasure (though he hates the term himself), Mr. Attenborough has delighted generations of Brits with his nature programs, reaching global audiences with the Blue Planet and Planet Earth series. He recently said this, giving us goosebumps:

“We are at a unique stage in our history. Never before have we had such an awareness of what we are doing to the planet, and never before have we had the power to do something about it. Surely we have a responsibility to care for our blue planet. The future of humanity, and indeed all life on Earth, now depends on us.”

34. The Curry Mile in Manchester

The largest concentration of Asian restaurants in the UK, and no doubt home to some of the finest curries in the world. Step aside, India.

All over Instagram for a reason. No longer in use, really, but as iconic as ever.

Another icon and very much still in use. Sitting on that coveted front-row spot on the second floor of a double-decker bus is the most thrilling way to experience London.

Big Ben, Tower Bridge, St. Paul’s Cathedral, Buckingham Palace and the London Eye. Truly iconic and seen in a day if you’re in a hurry.

A Sunday roast with your mates at a traditional pub somewhere along the Thames. It does not get much more British than that.

Only a Brit would invent a crisp flavour called ‘Prawn Cocktail’ and think it’s a good idea. (And it is.)

The quintessential London Underground announcement. And something someone should absolutely sample in a rap song.

This famous street in the Notting Hill neighbourhood in London was Insta-worthy before Instagram was even invented, with candy-coloured houses, hip shops, cool cafes and the world’s largest antiques market.

42. The Great British Bake Off

A TV show that pits amateur bakers against each other, challenging them to make the very best sponge cake the world has ever seen. Sound boring? Absolutely not. It’s utterly charming and oddly exciting.

5000 semi-wild ponies living in a pristine woodland area just a few hours outside of London. Sound magical? Just a smidgen.

Saturday morning grocery shopping heaven for all Londoners. Fantastic food, a great vibe and some of the coolest little spots to eat, drink and chat your weekend away. An absolute must-visit in the British capital.

After that pub lunch we mentioned earlier, settle down for a pub quiz with your mates and wonder why everyone else seems to know way more than you.

Keep calm and carry on isn’t just a slogan on a poster. It sums up the quintessentially British take on life: stay calm and composed no matter what life throws at you.

A mean little driving machine. And a true design icon.

Pure peace amid some of the loveliest landscapes in all of Britain. Well worth the long drive if you’re based in the south.

Brighton is one of the coolest and quirkiest seaside cities in the world. And thoroughly original too.

Oxford, Cambridge, Imperial, King’s College, The London School of Economics, UCL, Durham, Warwick… The brainiest students in the world like to call the UK their home – here’s how you can become one of them.

Tags: UK, Culture, British, London
Learn English in the UK with usFind out more
Get the latest on travel, languages and culture in the GO newsletterSign me up