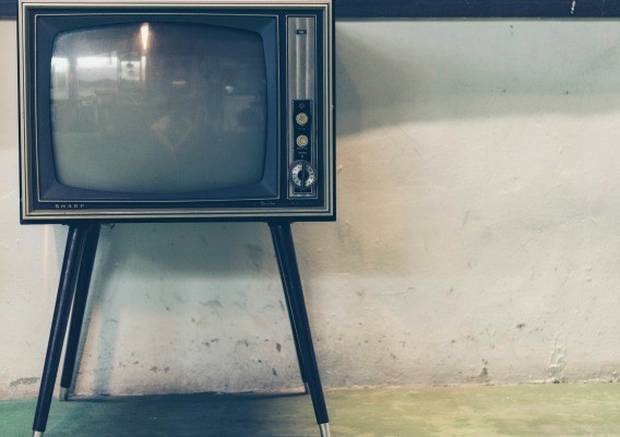 We’ve all heard the stories of celebrities like actress Mila Kunis learning English just from watching British and American television shows. And although it’s true that you have to be pretty smart to learn a language from subtitles alone, when you’re already learning English, watching a TV series can help you soak up everything from the newest slang to an authentic-sounding accent. Here are my picks for the ten best TV shows to learn English with.

A little piece of us all died when Friends ended in 2004 after 10 years on the air. It’s perhaps the best-known American sitcom in the world and rightfully so – it’s a mix of sarcasm, deadpan (‘not obvious’) humour and lessons of what NOT to do when you’re on a break with your partner.

Even if you’re not a fan of fantasy, medieval battles or dragons, you still need to watch this. The show literally has everything you need: sword fights, zombies, love stories, monsters, naked people, and posh British accents. So, so much to love!

3. Keeping up with the Kardashians

The family everyone loves to laugh at (and not always because they’re always being funny) also happens to be one of the best sources of learning modern English slang – when you’re not trying to figure out why they’re buying another new car or handbag, obviously.

Anyone who’s ever wanted to live in New York needs to watch this romantic comedy series about four female friends and the absurd situations they find themselves in (usually hilarious, sometimes sad). On the plus side, they’re always dressed really well and you can learn where all the good brunch places are in Manhattan.

Best line you’ll learn: “I couldn’t help wondering to myself…”

Thinking about starting a career in America? Learn all the complicated language you need for business or politics from this political thriller series. It might sound complicated at first, but before you know it, you’ll be the only one at the party who knows how the American legal system works and that’s pretty cool.

Sherlock Holmes became cool again when this British series started in 2010. It helps that lead actor Benedict Cumberbatch is now super-famous around the world too. It’s a very useful watch if you’re thinking about becoming a novelist or genius secret detective.

Nothing really beats The Simpsons for casual, fun viewing. The language is uncomplicated and relatable, even if you don’t get some of the in-jokes (don’t worry, sometimes I don’t get them either). It’s also 28 years old, so you can literally never run out of episodes to watch. Score.

This Australian soap has everything you imagine a Sydney beach town would: sun, sea, sand, surfing and impossibly good-looking people. Literally, they’re all stunning. Once you’ve finished drooling at the cast, you can learn some key Aussie slang too. As if it matters.

Australian comedian Chris Lilley made this cult hit show where he plays a host of different characters ranging from the hilariously fabulous drama teacher Mr G to spoiled schoolgirl Ja’mie and rebellious pacific-islander Jonah. It makes me wish my schooldays were funnier, and not just because I constantly embarrassed myself.

Want to improve your New Zealand accent? Try this long-running hospital soap opera set in Auckland. The characters are a diverse bunch that include Maori actors as well as some famous faces who have made it big in Hollywood. You can also impress your friends with your medical knowledge, even though I’m sure it’s only slightly more complicated in real life than on TV.

Tags: Language learning, English, TV
Work on your English skills by studying abroadLearn More
Get the latest on travel, languages and culture in the GO newsletterSign me up