17 German words with no English translation 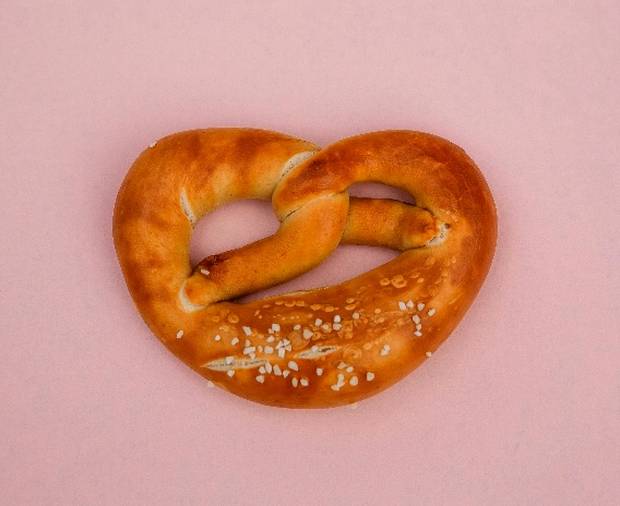 I recently moved to the German-speaking part of Switzerland, and as a result, I’ve been trying to pick up German, which is a tricky endeavor. Firstly, the grammar is – uhm – challenging. Another struggle with learning German is that there are several words that have no actual English equivalent or proper translation. Even though that sounds like a pain, it’s actually refreshing to be able to explain an emotion or situation on a deeper level. Let me show you what I mean:

“When your parents are away, and you have the whole house to yourself.”

Now, in English, we would probably just say “party time” or “home alone,” but sturmfrei takes it to the next level: it’s basically equivalent to the saying, “When the cat’s away, the mice will play.”

The first time I heard this, I thought my friend had an actual worm in his ear that he probably caught during one of his latest backpacking trips. Oh, how I was wrong: an Ohrwurm is what happens when you get a song stuck in your head, and you (have to) keep singing it over and over again.

“A face that begs to be slapped.”

I think this is pretty self explanatory, and anyone who’s on your bad list can be labeled as such.

“Someone who is obsessed with details and a bit of a control freak.”

This is the nitpicker who is always trying to make everything perfect down to the tiniest of peas: Erbsen means “peas” and Zähler means “tally.” So, an Erbsenzähler is a person who literally counts their peas. The expression can also refer to someone’s who’s stingy and doesn’t want to spend any money on anything.

Most of my meals need to have this requirement, but this expression is only somewhat related to food: a Dreikäsehoch is what you call a small child who is only as tall as three wheels of cheese stacked on top of each other. All in all, I think using stacks of cheese as a form of measurement should come back.

“To make something worse by trying to improve it.”

We’ve all done this before: The more you try to fix something, the worse it actually gets.  Maybe you get a bad haircut, decide to cut off more hair, and end up looking like a lawn mower went over your head. Yep, you know what I mean, right?

“A strong desire to travel.”

Wanderlust describes the desire to leave the comfort of our home, fill the pages of our passports, and make our Instagram account be something out of a travel magazine. All, while meeting new people, seeing new cities, and experiencing new cultures. #bliss

“The feeling of pleasure derived by seeing another’s misfortune.”

I tend to get this when I see someone I don’t particularly like spill food or miss a train. It’s cruel, but it’s hard not to laugh at!

“A man who may act tough in front of his friends but can’t stand up for himself against his wife.”

The direct translation is a “slipper hero.” I guess, the Germans also know that the man might be the head of the household, but the woman sure is the neck that can make the head turn any whichever way she likes.

“To be forced to make a decision.”

You use this word during a time when you feel immense stress or pressure and have to make a strategic decision. Zugzwang originally described the feeling chess players felt when trying to make a move, but the word is now used whenever it’s your turn to make a decision.

Kummerspeck literally translates to “sorrow bacon.” It’s what happens when you work through your breakup, job loss or general unhappiness with your friends the gallon of ice cream, the extra large pizza, and the bathtub full of chocolate chip cookies.

“Mental depression or apathy caused by comparison of the actual state of the world with an ideal state.”

This is the sadness and melancholy we all feel sometimes. Weltschmerz is what you feel when you come to terms with all the evils of the world – and the fact that you have student loans and might not become a dolphin trainer after all.

“As one gets older, the feat that time is running out and important opportunities are slipping away.”

It can be very similar to Weltschmerz, but it’s less world and more peer pressure. Torschlusspanik is kind of like having a biological clock for everything – and the clock is ticking louder and louder as you sit in your parents basement while your friends are getting married, run marathons, and generally save the world.

“Having to explain yourself quickly.”

It refers to that exact moment when you have been caught red-handed and need to explain yourself, like, immediately and without giving the impression that you have no excuse for what just happened.

This is the opposite of being homesick. It’s that feeling you get when you want to be somewhere else, somewhere sunny and warm.

Sometimes, we hope that our spirit animal could be an eagle; wild and free. But most times, we find that we have an inner pig dog instead. It’s the little voice in your head that keeps us lazy and tells us that it’s ok not to go to the gym. Silencing the innere Schweinehund is hard work – but it’s worth it.

Tags: Language learning, German
Learn more German with usLearn More
Get the latest on travel, languages and culture in the GO newsletterSign me up