10 most difficult words in English 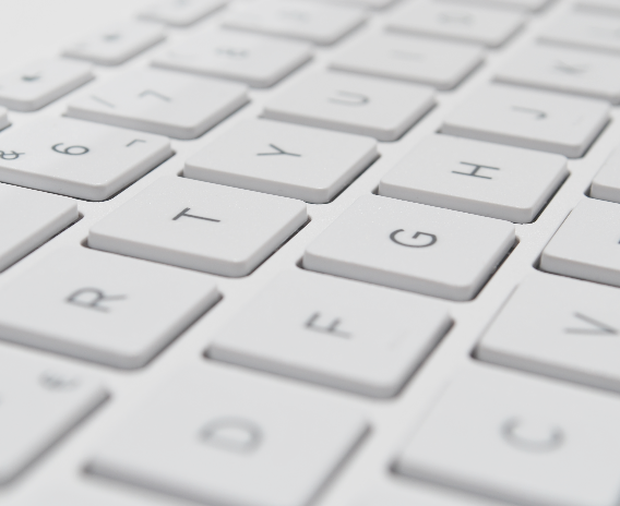 English can be a real pest, and even native speakers find themselves stumbling over some stubbornly tricky words. Sometimes they’re difficult to understand, other times they’ve been misused so often that their original meaning has gotten lost. Pronunciation can also be a problem. As a follow up to our article on confusing words, here are ten of the most difficult words in English.

If you know a language purist, watch out. Misuse of this word has been known to raise people’s blood pressure. ‘Literally’ means, “in a literal sense”, or “what I’m saying is not imagined, but truly happened as I’m saying it.” Therefore, popular uses like “I literally died laughing,” or “He was so embarrassed his cheeks literally burned up,” are not correct.

Interestingly, because of the sheer reach of its incorrect use, the Oxford English Dictionary has included an informal use for ‘literally’ allowing it as a tool to give emphasis, like in the above examples. Just don’t tell the Grammar Police!

Here is a word that has confused almost all English speakers – native or otherwise. (No, really – we could write a whole course on using irony correctly!)  While irony is often understood to mean a coincidence or strange turn of events, that in itself doesn’t cover its full meaning. (In fact, as Alanis Morissette’s famous song, Ironic – with around 10 poor examples of irony – shows us, coincidences and unfortunate events aren’t enough.)

While the concept of irony is extremely multi-layered, at its most simple it’s a way to use words to express the opposite of their literal meaning. However, unlike sarcasm (which also does this), irony is not intended to hurt. But wait! There’s also dramatic irony, situational irony, historical irony and others. Oh man!

So what should you do in the face of such confusion? One option is to…let it go. Truthfully, irony is not an essential ingredient to a regular day and no one will think badly of you if you don’t use the word at all!

3. Irregardless (instead of regardless)

You might have heard people use ‘irregardless’ when they mean to say ‘regardless’. ‘Regardless’ means “without regard” or “despite something” (“He maxed out his credit card regardless of the consequences,”) and is perfectly acceptable.

But despite what you might think, ‘irregardless’ isn’t a synonym! Because of it’s double negative (the prefix -ir means “not” and suffix -less means “without”) it means “not without regard”, which is actually the opposite of what its users intend. What a headache!

So remember: While ‘irregardless’ appears in dictionaries, it’s listed as a nonstandard word. This means that although it technically exists, it shouldn’t be thrown about by people who’d like to learn and use English well.

Who knew such a little word could be so confusing! In English, we use ‘who’ to refer to a sentence’s subject and ‘whom’ to its object. But how can you tell which one you need? Try answering your own question with ‘him’ or ‘he’. If ‘him’ could be the answer, ‘whom’ is your word. (Handy trick: both words end in m.)

For example: “Who/whom are you going to Brazil with?” Would you answer “With him,” or “With he”? You’d choose him – so whom is correct!

This is a pronunciation bungle for many students! When you look at this word (meaning a rank of officer in the army), you might think it’s pronounced co-lo-nel. And who could blame you? It’s not so simple, however, as it’s pronounced kernel (like a corn kernel!). But how did ‘colonel’ end up being spelled like that?

Well, it’s an old tale of word-borrowing across history. ‘Colonel’ came from the French, who had originally borrowed it from Italian, after which they changed a letter (coronel). Then, English pinched the word for itself, before finally both the French and the English switched back to its original borrowed spelling (and the English to a whole new pronunciation). *Whew!*

Feeling a bit nonplussed after our brief trip through linguistic history? It’s certainly possible. We’ve arrived at our sixth difficult word, another where a sneaky prefix is the culprit. Because the prefix -non means “not”, some people misuse ‘nonplussed’ as ‘unfazed’ or ‘uninterested’. In reality, ‘nonplussed’ means “bewildered” or “at a loss of what to think”. Unfortunately, there word is so often used in both ways that, at least in written English, it’s often difficult to understand which meaning the writer intended.

This one’s a biggie! It seems simple enough. ‘Enormity’ is so close to ‘enormous’ that they must be synonyms. Right? Wrong! ‘Enormity’ means ‘extreme evil’ of the toe-curling, medieval history or ruthless dictator kind. Therefore, the exceptionally commonly used expression “the enormity of the situation…” is incorrect. (Unless, in fact, you’re actually talking about an act of evil. Which we hope you aren’t!)

Another military term to confuse us! This one is an example of different pronunciations “across the pond” or between the US and UK. In British English, the word is pronounced leftenant, whereas in the United States, you’ll hear loo-tenant. While both locations have kept the same spelling – you know, just to make it interesting! – the US pronunciation is heard increasingly often in other English-speaking countries.

What’s that prefix doing on an unfamiliar word like “abash”? Well, while “abash” does exist (it means to embarrass or perplex), it hasn’t been widely used for centuries. The negative version, unabashed, on the other hand, is used today and means “not embarrassed”. So next time you’re practicing your English, speak with unabashed enthusiasm!

Tags: Language learning, English, Vocabulary
Master English with usLearn More
Get the latest on travel, languages and culture in the GO newsletterSign me up