10 British dialects you need to know 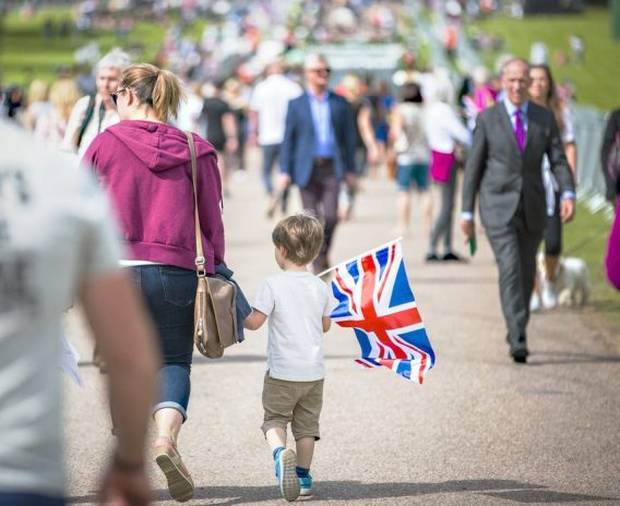 If you’re learning English in the UK you might think you’ll come home with a perfect British accent that sounds like you got English lessons from the Queen herself.

In reality, there are almost 40 different dialects in the UK that sound totally different from each other, and in many cases use different spellings and word structure. In fact, there’s pretty much one accent per county.

Here are 10 British dialects you need to know:

Let’s start in the North, with the accent that universally symbolises glassy lochs (lakes), snowy mountains, tartan, and… shortbread? The Scottish accent as we know it now developed as late as the 1700s, but existed in different forms before that.

It was heavily influenced by the Gaelic language, which was (and still sometimes is) spoken in certain areas of Scotland, as well as Norse languages from Viking invaders. Scots would say Scotland as ‘SKORT-lond’ instead of the Standard English ‘SKOTT-lund’.

Take a trip to cities like Edinburgh and Glasgow to hear the Scottish accent.

People from Newcastle speak a dialect called Geordie, which is one of the strongest and most distinctive accents in England.

Geordie changes all the rules of Standard English, so nothing is pronounced as you’d expect it to be: the word button would be pronounced BOT-tdan instead of BUH-tun, with a ‘ooh’ sound on the letter U and a rolled T. Yeah, best to Youtube it, folks.

People from Liverpool are called Scousers or Liverpudlians, and their dialect (which, like Geordie, is very strong and instantly recognisable) is called Scouse.

Liverpudlians would say woss dtha? instead of what’s that? with a lot of emphasis on the letters A and Y in words. They also roll their Rs, making it hard to tell if they’re saying L or R. Bless them!

Places you can visit to learn Scouse include Liverpool and nearby Manchester.

Apparently it’s seen as one of the nicest and most trustworthy dialects by other people in the UK, but personally I’ve never met a trustworthy Yorkshire person (just kidding, they’re lovely).

You’ll hear the Yorkshire dialect in cities like York, Leeds and Sheffield.

Officially a different country, Wales has a culture and language of its own that’s spoken by half a million people. They have brilliantly long and complicated words like Llanfairpwllgwyngyllgogerychwyrndrobwllllantysiliogogogoch, which is the name of a Welsh village (and the second longest place name in the world).

When Welsh people speak English, their accent is instantly recognisable – they pronounce words like ‘Wales’ as WEE-alss unlike the English, who pronounce it WAY-ells.

You’ll learn the Welsh dialect if you visit Cardiff or nearby cities like Bristol.

Possibly the cutest name on our list, this accent is actually one of the most ridiculed in the UK – which is quite mean, because clearly people from Essex have never heard themselves speak.

The name is derived from Brummagem and Bromwichham, both historical alternate names for the large city of Birmingham, where people speak this dialect.

People with a Brummie accent would say the word ‘hello’ as heh-LOUW instead of HEH-low, although there are lots of variations of the accent across the city (it’s the third-largest city in England).

The West Country includes the counties of Gloucestershire, Dorset, Somerset, Devon and Cornwall, and the dialect is the closest to the old British language of Anglo-Saxon, which was rooted in Germanic languages – so, true West Country speakers say I be instead of I am, and Thou bist instead of You are, which is very close to Ich bin (I am) and Du bist (You are) in modern German. How weird!

The rest of the accent is rhotic (where the letter R is soft and rolled), so it actually sounds a bit like American English, although West Country residents won’t admit to that.

If you want to hear the accent in action, head to any of the major West Country cities, like Bristol or Bournemouth.

The accent of the Home Counties area (the counties of Berkshire, Buckinghamshire, Hertfordshire, Kent, Surrey, and Sussex) is closest to what people call Queen’s English, also known as Received Pronunciation (R.P.) or Standard English.

It’s basically a ‘flat’ accent with emphasised vowels like A (pronounced ah as in car) and O (pronounced ohw as in snow) but often varied pronunciation between different words, which you’ll find tricky if you’re learning English for the first time: words like cough and dough are spelled almost the same but spoken differently.

This county’s dialect is so distinct, you can immediately tell if someone comes from Essex. They’ll pronounce words like no as NA-hw and drop the th sound from words like think, so they’d say fink instead.

It’s also become common to drop words like to and the in statements like “Let’s go (to the) shops”. It’s an accent that’s become much more well known thanks to reality TV shows starring people from Essex, much to everyone else’s chagrin.

Head to London to take a day trip to Essex and discover the accent.

Perhaps the most famous British accent other than R.P. is Cockney. It developed as the dialect of the poorer working classes in the East End of London, and it’s still regarded as a marker of ‘true’ East London heritage.

Like the Essex accent, Cockney swaps the th sound for f, drops the h in front of words like head, and elongates vowels like A and E.

However, perhaps it’s most famous for Cockney Rhyming Slang, where people replace words with another word that’s an abbreviation of an unrelated phrase that rhymes with it: like dog (as in ‘dog and bone’) to mean telephone. Bizarre, I know.

Tags: UK, British, English
Learn English with us in the UKLearn more
Get the latest on travel, languages and culture in the GO newsletterSign me up