10 things no one tells you about tipping in the US 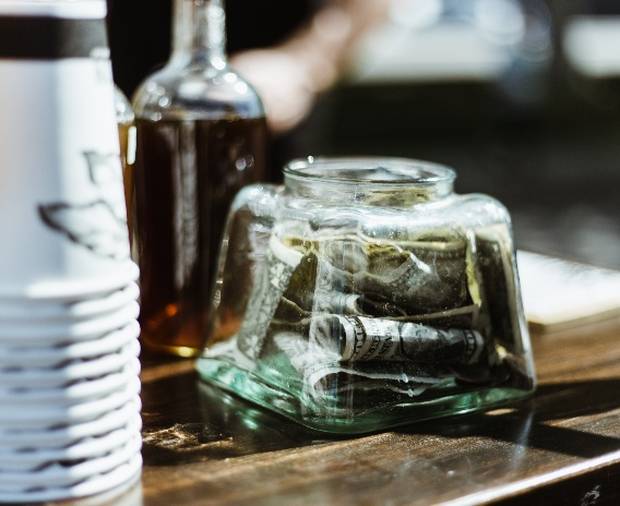 Visitors to the US are often baffled by our tipping culture. It’s true – it’s a wild monkey you have to learn to tango with.

You tip a lot of people in the US – servers, bartenders, valets, hairstylists, masseuses – you can even tip that cute guy at your local coffee shop if you fancy. But how do you know who to tip and how much? And why is tipping so ingrained in the culture there, anyways?

Tip with confidence on your next US trip with the following top tipping tips no one tells you (we love a good tongue twister around here).

Tipping became the norm in the 1900s. Rumor has it that the practice drifted over from Europe thanks to the aristocracy. After their European visits, where tipping was part of the culture, they wanted to seem more cultured and in-the-know than their peers. Perhaps they were a bit too enthusiastic about the whole thing, because Americans were subsequently criticized for over tipping by Europeans and continue to be to this day. But there’s actually a legitimate reason why Americans continue to tip more than Europeans.

In the 1960s, the U.S. Congress decided to a so-called “tipping credit,” which meant that the employer could pay the employee under the minimum wage if they earn tips. Still active in many states, this means that employees walk home with a slim paycheck and rely on tips to get by. This true in the food industry. However, not everyone who is tipped lives off them. Some professions include tipping as a bonus, but you should be aware of the unwritten rules there and tip accordingly.

I worked as a server to pay my bills during my brief art school stint. It was there I got an inside look at the dark underbelly of the US’s tipping culture. Industry insider: common consensus says 15-20% is considered a normal tip, but honestly any amount less than 20% is considered a bad tip. If I (or the other servers I worked with) got less, we wondered what we did wrong. We weren’t money-hungry monsters, though. There is a reason we expected 20% if we did a great job. Read the next tip to learn why.

2. Servers and bartenders live off their tips

Waiting tables is the hardest job I’ve had. It’s kinda like doing the splits on a crate of dynamite (running around for hours between tables with little to no breaks, balancing hot, heavy plates, and remembering orders like a machine), all while keeping a smile on your sweaty face. It’s also emotionally draining. People are very particular about their food, especially if it’s not as expected. I was working 30 hours per week but just earning a $200 monthly paycheck. Unimaginable for many, I know. Why such a slim paycheck? Flashback to the tipping credit history lesson I gave you: that’s why. Some nights I made upwards of $800 cash in tips, and thank goodness I did. Without my tips, I couldn’t even pay my rent. But servers and bartenders still have to declare taxes on cash tips, so it’s not a free-for-all.

Food too cold? Not digging your salad? Say so. Unlike in Europe, where I apparently speak gibberish any time I voice a concern (I once politely commented about paying ten Euros for a tiny pancake with two strategically placed blueberries and was rudely told if I wanted “fast food” I should go to Burger King), in the US you are encouraged to voice your opinion! If you’re in an unhappy situation, tell your server right away. Your merit as a customer diminishes when you tell them your burger was the worst thing you’ve ever eaten when pointing to an empty plate. Fun fact: pancakes are much larger and cheaper in the US, just so you know.

4. Expect to be confronted

Americans aren’t shy folk. Some call us superficial, but we are outgoing, friendly, and we will unabashedly compliment a stranger if we like their coat or haircut. We will also chase a customer down the street if they leave us a bad tip. If you were unhappy with your service, tell your server. Chances are high that they will do everything they can to make you happy. Servers might comp your meal (give it to you for free), send your table dessert, or, at the very least, offer you a sincere apology. If you get confronted for not leaving an adequate tip, understand that this is normal. Avoid this in the future and express problems with your server before you pay the bill.

If you are visiting any US cities, you will likely take a taxi or two. Taxis nowadays often have a digital display screen where you can select your tip amount once the trip is over. I usually choose the lowest amount (which is still good – 15%) unless the driver was an absolute joy. A valet will usually get $2-3 for helping me with my bags, bringing room service, or opening car doors. It’s best to just tuck the neatly folded dollar bills in their hands and say a quick “thanks,” don’t make it into a big deal. Don’t hand them crumpled bills.

My sister Anna has worked as a hairstylist in the US for the last 15 years. From people canceling appointments last minute, demanding unrealistic hair wishes or, worst of all, not tipping on services, she’s seen it all. A hairstylist’s job is physically demanding (have you tried blow-drying hair with a round brush, standing all day or manoeuvring cutting shears?) and requires intensive knowledge of color theory, creativity, attention to detail and interpersonal skills, just to name a few. If you are happy with your stylist, let them know with a generous 20-25% tip. Not tipping or being a pain results in you being put on a salon’s blacklist. Avoid that.

The rule of thumb here is 15-20%. Watch out for automatically added gratuity. Say what? This new tipping practice is becoming more and more common in the US. Some spas and cosmetic studios automatically add a gratuity (usually 20%!) to your booked services, even if you buy a gift card. To avoid being caught off guard, check a company’s policy before booking your service. Then decide if this is something you are okay with or not. I personally don’t agree with it, but it won’t keep me from avoiding a place.

Most people prefer cash tips. It’s money you can take home at the end of your shift. You have to wait a few days to get your tips if they are paid with a card, and they go through your manager first. Whichever way you tip, it’s appreciated. Don’t avoid tipping if you don’t have cash.

If you are staying at a hotel, be sure to keep dollar bills on hand. As mentioned above, it’s easy and chill to slide a few bucks into the valet’s hands for helping you out. At bars, the unwritten rule is a buck ($1) for a drink. I also leave a few bucks for cleaning staff in my hotel room each day.

Now that you know Americans are tip-crazy, you might ask yourself, is there anywhere I don’t have to tip? You don’t have to tip at fast food places or coffee shops with counter service (but don’t worry, there will be a tip jar just in case). That’s it. Happy tipping!

Tags: Culture, Travel tips, US
Put your tipping know-how to useStudy in the US
Get the latest on travel, languages and culture in the GO newsletterSign me up

50 unbelievable facts about the world to make you seem cultured
By Danny · 7 min read
50 things we love about the US (and know you’ll love too)
By Kaisa · 11 min read
7 tips on how to deal with culture shock
By Simon · 7 min read
Talk like an American: The essentials
By Lena · 3 min read
See more from