10 things that only those who lived in the UK understand 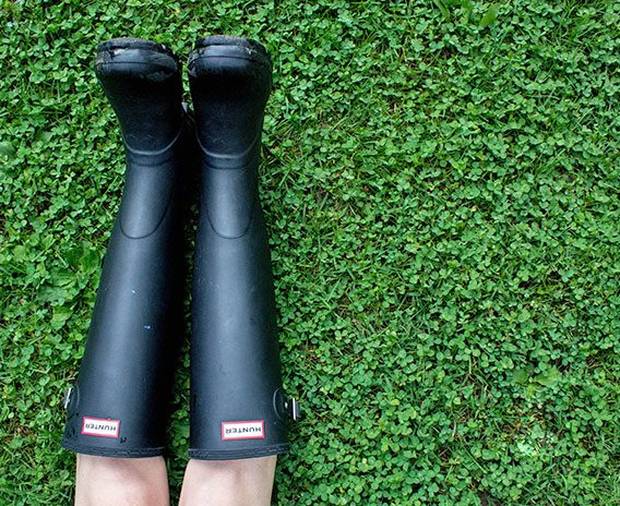 The UK moves to its own polite, rainy rhythm, and for those of us who’ve lived in the world’s greatest country (OK, I’m a bit biased), there are unique traits to British life that only we know to be true. So, pour yourself a cup of tea, and take a trip down memory lane with my list of things that only those who have lived in the UK will understand.

1. Rain is really quite lovely

No doubt about it: you arrived hating any kind of rainy weather, but now, secretly, you would give anything to be with friends, watching the world go by in a London cafe as the rain thunders down outside. The UK has an unavoidable charm when the rain starts to fall.

2. And four seasons in one day is totally normal

You became totally used to leaving the house in gorgeous sunshine, waiting at a bus stop during an autumn gale, enduring a wintery downpour before enjoying a spring-like afternoon. This is an almost daily occurrence in a country with the most indecisive weather in the world.

3. It’s a whole new world when the sun’s out

So, the UK doesn’t experience a great deal of truly hot days, but when it does, we Brits know how to make the most of them. Shorts are donned, not enough sun cream applied, and grills are dusted off for that all-important BBQ – it’s impossible not to be swept up in the British love of a lovely summer’s day (even if it’s still 15 degrees colder than your hometown!).

4. You can actually have very strong opinions about tea

You no longer settle for a poorly made cup of tea. You learned from the best as tea making is an art form in the UK, and we take it very, VERY seriously. Opinions over how to make the perfect cup vary from person to person, and you now know that questioning someone’s tea-making ability will enrage even the most placid Brit.

The UK might have a less than pleasant reputation when it comes to food, but you know this isn’t the case. You found whatever cuisine you were after in new restaurants, and then there’s the always mouthwatering street food and independent cafes that pop up across the country.

6. Not all Brits sound alike

The UK’s huge range of accents and slang words can be baffling at first, but everyone who’s lived there leaves with an understanding of regional dialects like Cockney rhyming slang or the slow West Country drawl, and returns home with a more authentic British accent and a vocabulary that a textbook could never teach.

7. And they may not mean exactly what they say

What a Brit says and what they actually mean are two totally different things. It probably took you some time to work this out, but now you get the not-so-hidden meaning when a Brit says ‘I’m not too bad’, ‘I might join you later’ or ‘I don’t mind’.

8. British humor is an acquired taste

British humor can be a difficult cultural aspect to grasp (here’s our beginner’s guide to understanding it). Almost undetectable sarcasm, heavy self-depreciation and sometimes seemingly mean-spirited comments are all common in British conversations. Once you learned the telltale signs, it felt like understanding a hidden language, and using it was a surefire way to win over locals. Plus, it opens you to a wonderful world of British films and TV shows!

9. And Brits are sports mad. Seriously.

Nothing gets the Brits talking like sports. It divides us, unites us, and is one of the few things you’ll actually hear Brits talking passionately about. Sport is inescapable in the UK: newspapers, TVs, radios, the streets, cafes, and pubs are full of talk about everything from football to rugby, tennis to cricket.

10. The countryside is glorious (and wellies always come in handy)

Wherever you were in the UK, you were always close to spectacular countryside. You probably explored wild national parks, roamed the rugged coastline and chilled out in the green spaces that are so common in towns and cities, while wearing those trusty wellies that come in handy when the rain clouds pop up, of course (and no, if you’ve never owned wellies you couldn’t possibly have lived in the UK!).

Tags: UK, Travel tips, Live abroad
Study English with us in the UKLearn More
Get the latest on travel, languages and culture in the GO newsletterSign me up