A survival guide to American English 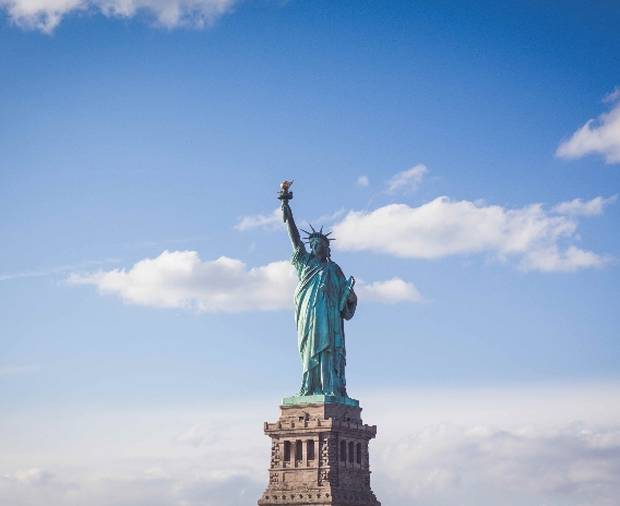 You’re learning English. Great! As the most widely spoken language in the world, you’ll be able to connect with the other 1.5 billion people globally who can speak it. But, here’s the catch. Because it has been used so widely for centuries in the western world, it has evolved slightly differently in the United Kingdom and in the United States of America, resulting in a version of the language known as ‘American English’.

While American English is not that different to British English, there are a few different rules for things like spelling that are useful for you to know. Whether you’re living or learning in Los Angeles or London, here’s our survival guide to understanding both versions.

1. Getting the right date

Knowing this rule can save you a lot of time when organizing your social calendar or class schedule. In British English (we’ll just call it ‘English’ from now on, ok?), dates are typically written in the format: date/month/year. So, 05/10/20 means 5th October 2020.

However, when we skip across the pond to the United States, dates are written in a different order: month/day/year. In American English, if you were going to a concert on the 5th October 2020, the date on the ticket would be written as 10/05/20.

Plenty of common words in English have a double consonant, such as an ‘l’. For example; travelled, or cancelled. Quite often, American English drops these double consonants, turning them into traveled, and canceled.

There are a few occasions where American English does keep the double l spellings, though. This happens on words where the stress is placed on a syllable that isn’t the first one. So, controlled and has a double l, because the emphasis is controlled. It is a similar thing for other double letters, like keeping the double t in committing.

Adding or removing extra vowels, particularly around ‘ou’ sounds, is a common place where mistakes can be made. As a general rule, where English uses an ‘ou’, American English doesn’t bother with the ‘u’, and just uses an ‘o’.

Some of the most common examples are the English words colour, favourite and behaviour, which become color, behavior and favorite when Americanized (or is it, Americanised?).

Here’s another spelling difference that often leads to confusion. As American English has developed, it has replaced lots of the ‘s’s towards the end of English words with ‘z’s. They sound the same out loud, but are written differently. For example, in English you might be organised, but in American English you would be organized. It’s the same for realise (realize), cosy (cozy) and apologise (apologize).

In the UK, temperature is measured in degrees Celsius, also known sometimes as centigrade. This scale has 100 points, or degrees, marked between where water freezes (0°C) and where water boils (100°C). So, on a warm summer day in the United Kingdom, the weather forecast might be for temperatures of 25°C.

In the United States, temperature is measured on the Fahrenheit scale, where the freezing point of water is 32°F, and the boiling point is 212°F. So, when someone is talking about ’25 degrees’ it is essential to know whether they’re using Celsius or Fahrenheit, because it could either mean a hot day, or a very cold day!

Most countries in Europe use the metric system to measure things like distance and weight; centimeters, meters and kilometers for distance, grams and kilograms for weight. The United States however still uses the imperial system that was originally created by the British Empire; it measures distance in inches, feet and miles, while weight is quantified in pounds and ounces.

Things are a little more complicated in the United Kingdom, which typically uses some Metric and some Imperial measurements. For example, if you were chatting with a British English speaker, short distances are often described in meters, but then miles (rather than kilometers) are used for long-distance measurements like journeys between cities.

In American English, words like ‘twenty’ sound more like ‘twenny’, and ‘party’ can drift towards ‘pardy’. The more noticeable ‘t’ in English is also much clearer in words like water, little and better. To help you get used to this, watch out for it next time you are watching American or English TV, or listening to a podcast with American or English accents.

Sometimes, the two versions of English just have different names for the same thing. For example, in English, you might rent a flat while you study at university, while in American English, you’d rent an apartment while you study at college. Or, maybe last night in England you dreamt of going on holiday, while in the United States you’d have dreamed about going on vacation.

9. Think: Who are you speaking to?

With many of these rules it’s not really about right and wrong, as both versions of English are widely accepted. What’s more important is knowing who is reading your writing. Typically, American English is mostly used in the United States, and English-speakers elsewhere in the world often follow British English rules.

Are you WhatsApp-ing a friend in England, or emailing an English-speaking colleague in Europe? Or, are you applying for college in the United States? Think about your audience, and adjust your writing accordingly!

Tags: Language learning, UK, British, US, American
Refine your English skills abroadExplore
Get the latest on travel, languages and culture in the GO newsletterSign me up