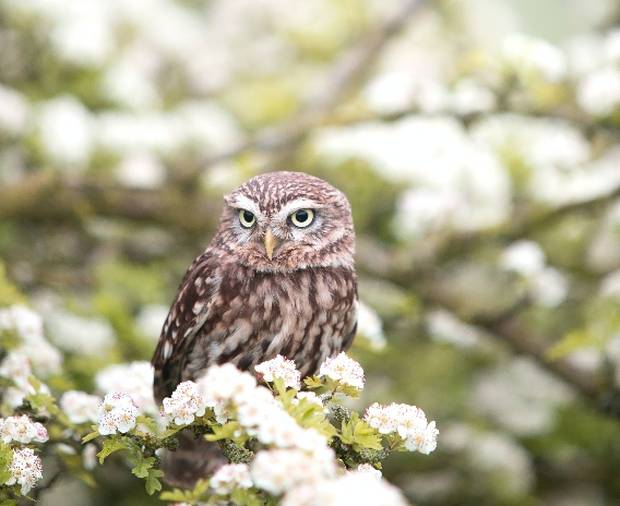 Every language around the world uses idioms – common phrases that are used to say certain things. Many of these expressions may seem perfectly normal to a native speaker but actually translate into something pretty weird (and wonderful).

Here are some of our favorites to try using next time you travel.

This is a classic "just chill out!" phrase in English. "Knickers," being the quintessential English word for underwear, of course. You would say this to someone who is getting stressed about something that they really don’t need to worry about.

If you were to say "There is an owl in the bog," in Norwegian, you’d be declaring that you were suspicious. You’d be thinking that something might be wrong, or that some mischief was going on. You see, owls hunt in bogs silently – you might not see or hear the problem, but you have a feeling that trouble might be coming.

Want to give your German-speaking friend a boost to step out of their comfort zone and try something new? No problem. Just tell them, "Come on, jump over your shadow!" with this encouraging and commonly-used German idiom.

Did you know that calling someone a piece of bread in Italian is actually a compliment? Saying "Sei un pezzo di pane," to someone, is like saying that they’re a kind person with a good heart. After all, who doesn’t love some freshly-baked bread? In English, the equivalent is calling someone a good egg. (Yes, really.)

This fun French phrase translates as "The habit doesn’t make the monk," in English. Simply, it means that you shouldn’t judge someone just on how they look.

When you’re feeling totally shocked, this is a great English phrase to use. For example, you might exclaim, "When I heard who was kicked out of Love Island, I fell off my chair!" (Of course, you don’t actually have to fall off your chair.)

This phrase means "To be like a goat." In Spanish culture, goats are often considered crazy animals, so this is a common (and brilliantly odd) way to say that someone is being a little wild. "You partied all night until the sun came up? Estar como una cabra!"

We all know someone who seems to have been successful without actually working hard, don’t we? Well, the Swedish have a great phrase for that. "Glida på en räkmacka," translates as "To slide in on a shrimp sandwich." In Sweden when this phrase was created, shrimp was considered a fancy food, so this idiom says that someone has had the luxury of an easy journey to success.

This delightful Italian idiom means "No hair on your tongue." (Now, there’s an image.) If you say this to someone, you’re not warning them about a medical condition – you’re asking them to be frank and honest. It’s a great phrase to use when someone isn’t being straightforward or is taking a long time to get to the point.

How do you say "No", without having to actually say, "No"? Well, the English have got you covered here. This is a quirky way of saying that something will never happen. For example, "I’ll help you move into your 29th-floor apartment when pigs fly." AKA: A big NOPE.

Tags: Language learning, Spanish, English, Languages, German, French, Italian, Idioms, Phrases
Learn a new language abroadExplore
Get the latest on travel, languages and culture in the GO newsletterSign me up