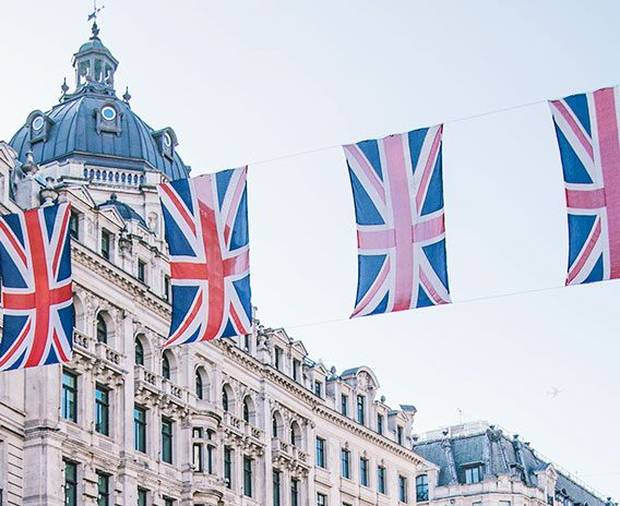 The UK is full of weird place names, and if you’re learning English in the UK and don’t know why Holborn sounds NOTHING like it should, don’t worry – you’re not alone. Here’s a list of British place names foreigners and even the locals get wrong (with tips on how to get them right, of course):

Let’s start with an important rule: -cester isn’t pronounced ‘sesster’ at all, but sturr. I KNOW IT MAKES NO SENSE. That means the city of Gloucester in South West England is neither Glow-kester nor Glouw-sester but actually Gloss-turr. Important to remember because there’s a place in London called Gloucester Road and the county Gloucester is in is also called Gloucestershire.

How to say it: GLOSS-turr

This town on the western edge of London is pronounced rye-slip. That’s rye not ray or r-yee. Like a lot of other places in Britain, its name comes from the Old English ‘rysc’ and ‘hlȳp’ which are apparently words, but really just look like a lot of letters put together at random.

How to say it: RYE-slip

It’s important to get this name right because there’s an ever-so-slightly famous place in London called Leicester Square that you’ll definitely go to. British people love it when Americans try to say the name of this city (and the county it lives in) because they incorrectly pronounce it lee-sess-tur-shurr, bless them.

How to say it: LESS-turr

This London tube station and area near Covent Garden presents us with the mother of all unpronounceable names – even British people who live in ACTUAL HOLBORN get the name wrong. It looks like it should be said as holl-born but the L and R are silent, and the O is said as more of a U instead. What’s more, the U is less of the U in ‘burn’ and more of the U in ‘huh’. Shame on whoever came up with this name. SHAME.

How to say it: HO-bun

Rather inventively, county Durham is home to the city of Durham, which confuses pretty much everyone. So much so, that when something happens in the county of Durham and not actual Durham city, the news channels have to specify by calling it County Durham so nobody gets confused. Because that makes total sense. Also, the h is silent.

How to say it: DURR-am

If you’re lucky enough to live in this swanky area of west London, you’ll probably already know it’s not pronounced like it’s spelt. The first part is more or less correct, although it sounds like a Z not an S (chizz) and the W in ‘wick’ is silent, so it’s actually chizzick. I know, it’s confusing and absurd. At this point I’m just shaking my head at the entire British dialect.

How to say it: CHIZZ-ick

If you think you know exactly how to pronounce this city, and the county of Lincolnshire it lives in, you might be wrong: because the L is silent, so it doesn’t sound like lin-colln but lin-kun. Apparently British people use a lot of silent L’s, W’s and H’s, because we play by nobody’s language rules.

How to say it: LIN-kun

Down in south London you’ll find a nice, leafy area that’s popular with families – and that everyone says wrong. The W is silent (continuing the silent letters theme) and the -ich is itch not ikk or ish.

How to say it: DULL-itch

You probably won’t know this town unless you venture out of London into the countryside, but you’ll know it’s name – there’s a town named after it in the US, spelt slightly differently, which also shares the name with the cigarette brand. Still following? Despite being a long name it’s actually quite quick to say, because it’s nothing like the spelling. ‘Marl’ is actually pronounced mall and ‘borough’ is pronounced bruh.

How to say it: MALL-bruh

Tags: British, English, England
Study English with us in the UKLearn more
Get the latest on travel, languages and culture in the GO newsletterSign me up