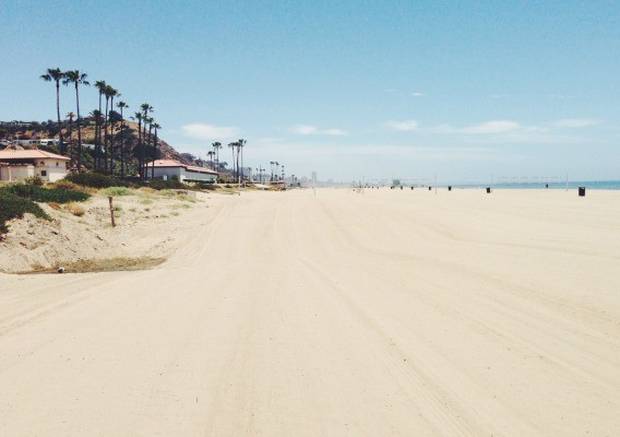 In order to live the Californian lifestyle, it’s not enough to make sure burritos, avocados and In-N-Out burgers are staples in your diet, you soak up the sun whenever you can and you know the feeling of being stuck in traffic around Los Angeles. No, you also need to know how to talk the talk – and for that, we have you covered.

What does it mean? Ballin’ means that someone is really cool and wealthy. Therefore, a “baller’” is someone who made it and is living large.

What does it mean? When something is a bust, it’s a bad idea, a waste of time or plain dangerous.

How do you use it? “That movie was a total bust.”

What does it mean? Gnarly started out in the 1970 surfer scene and is probably about as Californian as it gets. It actually means “twisted”, but it can be used to replace anything from “difficult”, to “challenging”, “cool”, “interesting” and “serious”.

How do you use it? “Those are some gnarly waves out there.” (challenging), “Dude, where did you get those gnarly shoes?” (cool), or “My English test tomorrow will be gnarly. I will need to study all night.” (serious)

What does it mean? Hella is not some cool way to say hello, it actually means “a lot”, “very” or “really” and is a surefire indicator that you are from northern California. Hella is derived from “hell of a (lot)”.

How do you use it? “There were hella people at the Farmer’s Market today” or “Green smoothies are hella better than coffee.”

What does it mean? It has nothing to do with cooking or seasoning – it simply means chilling out.

How do you use it? “What are you doing today? Nothing much, just marinating watching the game.”

What does it mean? It sounds like something boxers do in the ring, but “spot” means to borrow and a “dub” means a $20 bill.

What does it mean? One of the things on your Californian bucket list should definitely be a meal at In-N-Out Burger. The burger chain, founded in 1948, is  a true California icon and even boasts a semi-secret menu, so if you really want to blend in, don’t just order a burger – make it interesting.

How do you use it? Try ordering your burger “animal style” (the mustard is cooked into the burger patty) or get a “4×4” and enjoy a burger with four beef patties. Sounds yummy, no?

What does it mean? If you’ve ever been in traffic around L.A., you might have heard this expression. It’s the perfect way to excuse slightly aggressive driving – because it’s a jungle out there, on the highways around Los Angeles.

How do you use it? Cut someone off, mumble “get in where you fit in” and keep driving.

What does it mean? You’ve probably heard this on the radio, as it refers to the current hits that are played up and down. However, cool Californian people use it for anything that comes in large amounts.

How do you use it? “Since we arrived, we’ve been putting In-N-Out on heavy rotation. Can’t get enough!”

What does it mean? A lot of people in California work in “the industry”. It doesn’t mean they are standing at a conveyor belt, doing manual labor. It usually refers to (aspiring) actors, directors, producers or any other professional whose name you see when watching the credits of a movie or TV show.

How do you use it? “Have you heard that David left the industry and moved to Nebraska?”

Special thanks to Christi for contributing to this post.

Tags: Language learning, English, Vocabulary, US, language tips, Slang, California
How about learning English with us in California?Learn More
Get the latest on travel, languages and culture in the GO newsletterSign me up