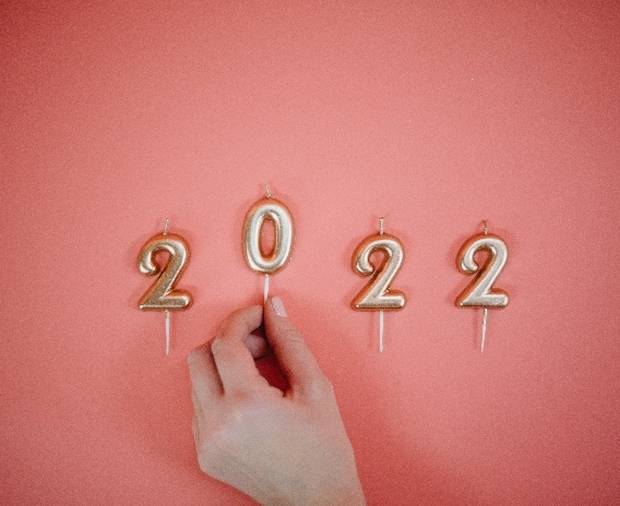 Only just getting the hang of last year’s slang? Well too late, forget it. A whole new host of (somewhat nonsensical) terms have landed and it’s time to add them to your linguistic arsenal.

With TikTok’s continued reign over our society, the app has begun to dictate a lot of the slang that ends up in our daily rotation. Although not all these terms and phrases are brand new, they’re certainly popping up everywhere – and will likely continue to do so in the year ahead. I’ve (once again) taken it upon myself to compile this new lingo into a handy list for your reading (and learning) pleasure.

This word (pronounced choo-gee) has swooped in to replace old fan-favorite “basic”. It refers to the painfully mainstream or, along the same vein, someone hanging onto things that were cool years ago but would now be deemed basic or “cheugy”.

Can’t stop thinking about someone? Sounds like they’re living rent free in your mind. This is most often used when you can’t get something out of your brain – whether it’s a song, video, experience or person. They’re stuck in there and they’re not even paying rent for the space they’re occupying.

Is someone acting shady or negative? Sounds like they didn’t pass the vibe check. This describes when you check in on someone’s vibe and assess what it’s giving. Good vibes? You’ve passed the vibe check.

This one is fairly self-explanatory. When you call someone the main character, they’re basically the core person in a situation. For example, in a video where someone seems to really stand out or is especially well dressed, funny, etc. you can identify them as the “main character” or as having “main character energy”.

Caught someone red-handed and have the receipts to prove it? You’ve caught them in 4k with solid, digital evidence. Another popular phrase on TikTok, it can often be accompanied by the camera emoji to really bring home the fact that you’ve been exposed.

You can use this for someone that is really killing it in some (or any) aspect of their lives. They’re giving it their all and doing an amazing job. Whether it’s related to something they’re doing, wearing, etc. they really understood the assignment.

You can use this when something is really, really good – often relating to food. If you’re eating a really great meal you could say, “This food is bussin’”. Want to add some extra emphasis? Just double up: “Wow this pizza is really bussin’ bussin’”.

This describes when someone is so perfect, or did so well at something, that they are deemed the original (comparable to “OG”). They are the blueprint, an icon, a legend. They did it first and the rest simply followed in their exemplary footsteps.

This essentially refers to someone doing a great job. For example if someone is performing a very impressive dance, when they’re done, you might turn to your friend and say “they ate that”. It can also be abbreviated to “they ate” or even “left no crumbs” (since, as we established, they ate it all).

You know when someone responds “I’m screaming” or “I literally can’t” when they burst out laughing? You can use “this is sending me” in the same way. If you watched a video you found hilarious, you could say “that sent me”. You can even spice it up by elaborating a little further, for example “that sent me into orbit” (aka it sent you so far, you ended up in space).

So there you have it, go forth and express yourself. And, since it’s the season for nostalgia, here’s slang from 2021, 2020 and from 2019 if you feel like taking a trip down memory lane.

Tags: Language learning, English, Slang
Practice your English slang abroadExplore
Get the latest on travel, languages and culture in the GO newsletterSign me up