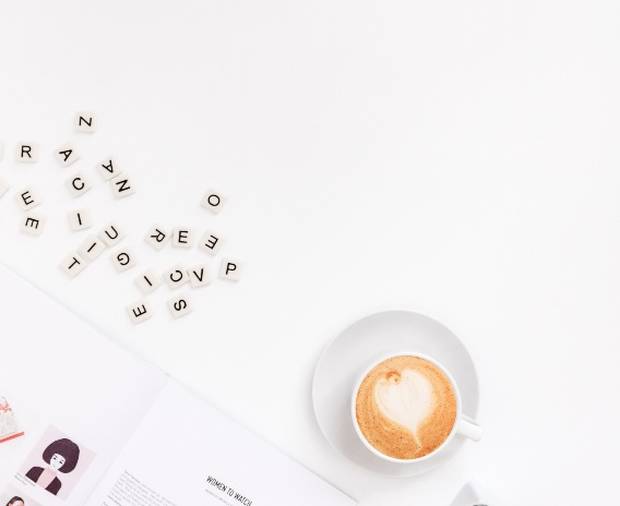 With a new year comes a whole host of novel, oft-perplexing slang terms. Just as quickly as they fly in, they seem to disappear, banished to the depths of “cringeworthy” terms that ought not be uttered.

When learning English, it’s often hard to stay on top of which slang terms are in and which are best left buried in the previous year. But don’t fret – we’ve got you covered! Here’s the latest instalment in our “slang for the year ahead” series, featuring terms that range from funny to just plain weird.

A relatable combination of cringe and disappointment, this phrase can be used as a reaction to a less than ideal situation. Say your friend cheated on a test and was caught red-handed, you might drop a “hate to see it”. Mix it with a sigh and a sympathetic shrug and you’ll be on your way.

This particular phrase caused a bit of a ruckus on social media. When dismissing someone older (most commonly from the Baby Boomer generation), millennials and Gen Z-ers have taken to throwing out an “ok, boomer”.

For example, if an older individual corners you to say, “When I was your age, we read books and went outside instead of staring at screens for hours on end.” your response might be “Ok, boomer”. A somewhat sassy, yet overall good-natured way to respond to respond to jibes from older folk.

To “cap” is essentially to lie. This particular phrase can be used in situations of scepticism (“he’s capping”) or to convince someone of the legitimacy of your statement (“no cap”). As an added bonus, if you feel that your friend isn’t quite telling the truth, you can simply send them the baseball cap emoji and still get your message across.

This word has been on the scene for a while, but seems to have stood the test of time. “Basic” is most commonly used to refer to things that can be deemed tragically mainstream. It has a bit of a sarky connotation, so it goes perfectly with a moody eye-roll.

I know what you’re all thinking, this one is practically ancient. But instead of referring to the actual act of retweeting someone’s Twitter post, this term has more recently been used to voice agreement. So if someone says something you completely agree with, instead of saying “yes, I agree” you simply say “retweet”. Because who really has the time for three-word sentences anymore?

On the subject of saving time, “fit” means outfit. The “out” was hastily removed at some point, for reasons that remain somewhat unclear. So instead of complimenting someone on their outfit, you can simply state “cute fit”, to the same effect.

Another abbreviation, “fr” is a shortened “for real”, which can mean a multitude of things from emphasising that what you’re saying is true, to questioning the accuracy of someone’s story. This one is, of course, limited to text conversations. Unless you’re feeling brave and would like to attempt pronouncing this out loud.

While this word used to typically refer to things like trains or TV shows, these days anything can be canceled. If a celebrity says something scandalous or turns out to be a problematic individual, they may be pronounced “canceled”. Burger King accidentally puts meat in a veggie burger? They’re canceled. Whether or not these people/things/institutions continue on after this unofficial canceling is, mostly, irrelevant.

According to the Oxford Dictionary, one of the official definitions of this word is “power and influence over other people or events”. What it’s come to mean on social media isn’t worlds apart from that, primarily referring to influencers’ and YouTubers’ fame. Someone who is a “chasing clout” is therefore someone who is simply after more followers or looking for more opportunities that will get them clout.

This gem came from this video of Jasmine Masters, one of the contestants on the popular show RuPaul’s Drag Race. Masters was about to get started on another sentence when she suddenly injured herself, so her next sentence abruptly cut off, and thus “And I oop-” was born. This is mostly used to accompany a blunder. For example if someone drops their phone, they might say “and I oop”.

Tags: English, Languages, Words, Slang
Put your new vocabulary to good useStudy English abroad
Get the latest on travel, languages and culture in the GO newsletterSign me up