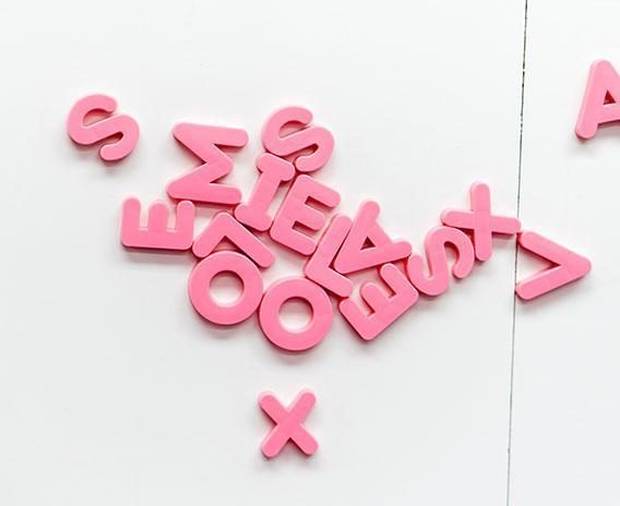 Few things move quite as quickly as slang – no sooner have you mastered the newest term, than you’re fielding sideways glances because said word has already run its course.

In short, using slang is akin to trying to toe the very fine line between unequivocally cool and utterly tragic.

This word found its origin in Eminem’s 2000 song “Stan”, which follows the letters of an obsessive fan named Stan, who eventually drives his car into a lake at the song’s climax. From there the word “stan” was born to describe being a die-hard fan of a celeb.

Borrowed from ski lingo, this phrase defines the moment when you head fearlessly into a (controlled) dangerous situation. It’s leaked over into everyday use and essentially refers to not caring about the consequences and going “all out”.

This is used when something happens that is so crazy or exciting that your wig flies off. It doesn’t matter whether you actually wear a wig or not – saying “wig!” or “omg wig flew” in response to something scandalous is an appropriate response for all.

If there’s some hot gossip circulating the scene, then you can refer to it as “tea”. It’s appropriate in both enquiring about the gossip (what’s the tea?), telling someone about gossip (spilling the tea) and as a single word response to some serious drama (TEA!).

Where “on fleek” used to rule the roost, “snatched” has quickly swooped in to steal the throne. Referring to looking fashionable or on point, this term is a snappy compliment reserved for only the most stylish of pals.

Derived from the word “suspect”, you can whip this gem out when one of your friends is acting a little shady. Whether you believe they’re hiding something or they’re displaying a character flaw, you can tell them they’re being “sus”.

This particular term refers to being very aware of current affairs. Those who have a firm understanding of the reality around them or come to terms with the fact that their previous beliefs may have been false can be referred to as “woke”.

No, we’re not talking about showing off your muscles at the gym – the slang term “flexing” actually describes the act of showing off your valuables or lavish lifestyle in a very non-humble way. For example the act of certain influencers “flexing on Instagram”.

Originating from the read receipts on iMessage that show when the other person has seen your text, getting “left on read” refers to someone reading your text and not replying to it. Perhaps one of the biggest insults of our time.

This describes the practice of collecting screenshots, photos or videos to prove your point. Akin to a lawyer presenting their evidence in court, you can pull up your “receipts” to dispel any doubt in your case.

Tags: English, Slang
Master more than slang by studying English abroad with usLearn more
Get the latest on travel, languages and culture in the GO newsletterSign me up