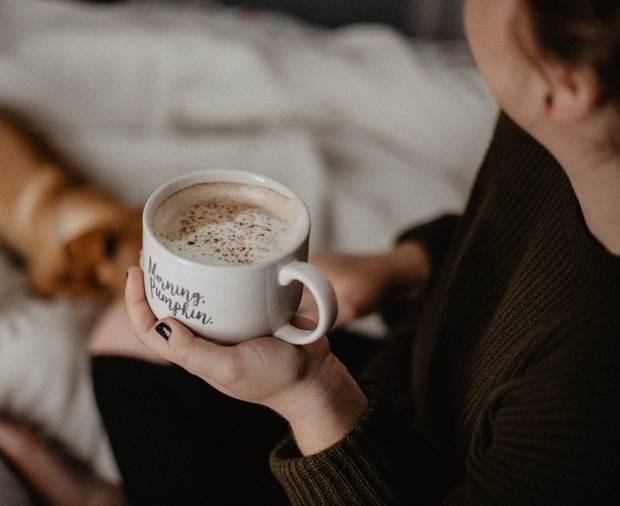 For many people, fall is all about chunky knit sweaters and drinking all things pumpkin-spiced. The Danish even have a word for creating a warm and cozy vibe to feel snuggly in the colder months – hygge (pronounced hoo-ga). For others, fall is the season to get your spooky on and celebrate Halloween.

Whichever your preference, you can honor the changing seasons and improve your English language skills by enjoying some of our top English-speaking films for an autumnal movie night.

In this cult classic set in Salem (a real town in America with a history of burning women suspected of being witches), three fictional witches are brought back to life on Halloween. There’s plenty of dramatic cackling to set the supernatural atmosphere and some laughably low-tech special effects. It might be 30 years old, but Hocus Pocus is still so popular with audiences every fall that a long-awaited sequel is about to be released – complete with black cats, screeching ravens and the wicked Sanderson Sisters.

This is a gripping but hilarious murder mystery with a cast of Hollywood legends, including Ana De Armas, Daniel Craig and Chris Evans. It’s set in the fall in an American country mansion that could totally be (but isn’t) haunted, surrounded by autumnal woodland. The family and detectives sit by roaring fires, wearing thick woollen jumpers or long coats accessorised with colourful scarves, as they try to identify the murderer. What’s not to love?

It’s a cliché, but many of us love to curl up with a favorite book as the evenings get darker. One of the great classics is Little Women and the 2019 movie adaptation of the novel about the lives and ambitions of the March sisters is perfect for a cozy night in. The original story was written 150 years ago, but the language has been modernized in the film and is easy to follow.

To get into the Halloween spirit without the actual scaries, the two The Addams Family movies from the ‘90s (The Addams Family and The Addams Family Values) are a gothic, comical delight. There are plenty of dimly-lit Victorian mansion and gloomy graveyard scenes, and the characters are a bizarre, black-wearing family that relish all things macabre. Accompanied, of course, by a disembodied hand.

This Pixar animated movie takes place on Día de los Muertos, a holiday that originated in Mexico; on 1-2nd November each year, people celebrate the lives of their dead relatives. The story follows a young boy who accidentally travels into the Land of The Dead, meets his ancestors and learns more about who he is supposed to be. It is festive and colorful, and is incredibly feel-good.

Halloween horror films aren’t everyone’s cup of tea, and Netflix’s Holidate is the perfect antidote; a cheesy American romantic comedy where the two main characters take a whole movie to realize that they’ve fallen in love. Our protagonists agree to be each other’s dates for a whole year’s worth of holidays – including our fall favorite, Halloween – so you can swot up on the vocab for every season.

It’s an oldie, but it’s a goodie, and orange autumn leaves are literally on the poster for this movie. The enduringly-popular story of Harry and Sally’s friendship-turned-romance takes place in New York and will leave you craving pecan pie (with ice cream on the side). Meg Ryan, knitted sweaters and big 80’s hair serve up a huge dollop of nostalgia – one of the coziest (and most hygge?) of the emotions.

More Meg Ryan, more New York in the fall, and more feel-good autumn vibes. As the leaves in New York turn golden brown, a mysterious stranger that she’s been emailing captures her heart (it’s set decades before WhatsApp). Offline, she fights to save her independent children’s bookstore which is even decorated with pumpkins.

9. The Edge of Seventeen

There’s a coming-of-age movie for every list, and this funny American high school flick starts with the autumn semester and features many fall wardrobe choices. You’ll hear plenty of Americanisms and colloquialisms as you follow Nadine’s tricky journey through life as a high school student whose best (and only) friend falls in love with her older brother.

Witches and wizards that cast spells, fly on enchanted broomsticks and battle magical beasts? Don’t tell me that the enchanted world of Harry Potter isn’t great for Halloween. There’s a broad vocabulary (even if some of it is made up) and a range of accents to help you practice understanding how English can sound slightly different. Plus, with eight films to choose from, your fall movie night can feature great feasts (hello, Thanksgiving), or more sinister moments with soul-sucking creatures of darkness.

Tags: Language learning, English, Movies, Halloween, Fall
Improve your English this fallExplore
Get the latest on travel, languages and culture in the GO newsletterSign me up