10 spooky Netflix picks to learn English with this Halloween 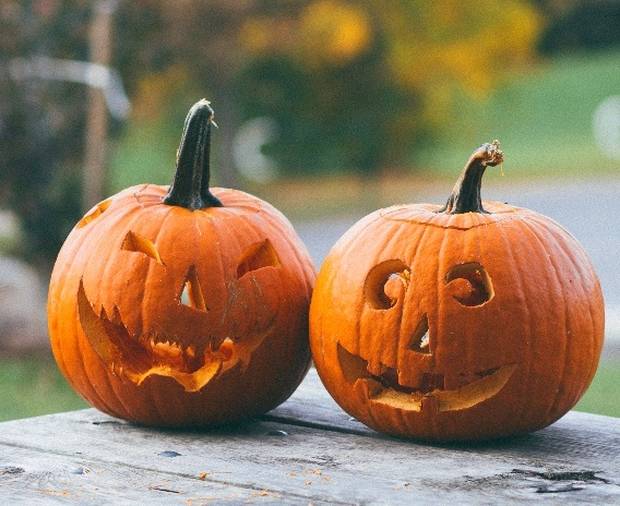 Who said that studying can’t be fun? Trick or treat yo’ self with a little “Netflix & learn” this Halloween!

Watching movies and TV shows in the language you’re learning can help your conversation skills progress faster, all from the comfort of your couch. Not to mention you have the chance to hear and begin to understand accents from around the world.

So, without further ado, let’s pumpkin spice things up with these 10 spooky Netflix shows to help you learn English this Halloween season. We picked a variety of shows to satisfy every mysterious craving you might have – from tales of distant fantasy lands to cringe-worthy horror movies!

Based on the famous Archie comic, Chilling Adventures of Sabrina is about a teenage witch who must choose between the witch world of her family, and the human world of her friends. If you’re looking for a bewitchingly good time, this is definitely your show to watch!

In this classic, The Mystery gang receive an invitation to Spooky Island. They discover an amusement park that affects young visitors in very strange ways and soon realize that they cannot solve this mystery without one another’s help.

In a small town in Indiana where everyone knows everyone, a strange turn of events leads to the disappearance of a child and everything turns upside down – literally. As they search for answers, the missing boy’s friends and family unravel a series of extraordinary mysteries involving secret government experiments, supernatural forces, and a very unusual little girl. This show is the perfect cross between sci-fi and horror, and it even includes some 70s slang.

In a world where monsters are more afraid of humans than humans are of them, Dracula the Vampire King runs a hotel that’s safe for monsters all over the world. However, when a boy somehow discovers the location of the hotel, Dracula goes into overprotective mode to hide him from his teenage daughter, Mavis. It’s a silly yet fun movie that’s perfect to watch on nights you just want to unwind and have a good laugh.

5. A Series of Unfortunate Events

Based on Lemony Snicket’s books, A Series of Unfortunate Events tells the story of three young kids after their home burns down and kills their parents. The now orphans search for their family’s secrets. The trio work to keep themselves and their fortune away from the terrible grasp of the sinister Count Olaf as he moves with them between different guardians. The Netflix adaptation does the books justice in a truly binge-worthy series you can easily finish in one day.

After marrying a mysterious British aristocrat, a young lady moves into his crumbling and creepy home and finds it hides sinister secrets. This movie is more about mystery and suspense than gore, and it’s perfect for you to practice a British accent.

A young boy named Alex becomes the prisoner of a witch. To avoid death, he tells her a scary story every night. After he meets Yazmin, the witch’s servant, the two must escape her apartment – a magical labyrinth filled with various dangers – before the witch kills them both. It’s a perfect Sunday movie full of scary stories!

Here we go with a cringe-worthy comedy horror about Cole and his babysitter Bee. One day Cole secretly stays up past his bedtime to discover that Bee is actually a cold-blooded killer who is in contact with the devil himself. It is up to Cole to survive the night and become the neighborhood hero. Full of horror archetypes, this one is a cheesy but funny movie filled with plenty of (fake) blood.

This is a horror series in which every season tells a different story. Full of twists and turns as well as some gore, American Horror Story is famous for connecting its stories to historical events and places, some of which are based on true events. This show is perfect if you are looking for something scary and want to get better at following complicated conversations.

Of course, no Halloween is complete without Johnny Depp and Helena Bonham Carter. While there are a lot of good picks here from Sweeney Todd to Edward Scissorhands, the Corpse Bride is a must-see classic by Tim Burton. Set in the late 1800s in a Victorian village, Victor and Victoria are an engaged couple. Right after the wedding rehearsal, Victor gets lost in the woods. While he is practicing his vows, he accidentally bumps into the Corpse Bride who assumes he has married her. Before he knows it, he finds himself in the land of the dead and desperately tries to get back to Victoria. It’s a typical love-triangle bundled up in a spooky yet sweet story. Oh, and there is singing! Who doesn’t love that?

Tags: Language learning, English, Netflix, Halloween, Fall
Want to keep boosting your language skills?Explore
Get the latest on travel, languages and culture in the GO newsletterSign me up