12 brand-new English words you should learn this week 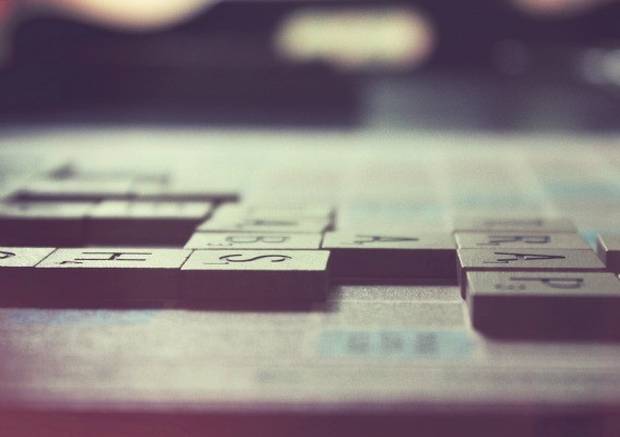 It’s time for another vocabulary update – the Oxford Dictionary leads the way and we happily follow along with all kinds of new words that can perfectly prepare you for your next mic drop moment. So, ignore all those butthurt, manspreading randos who look like they hangrily just rage-quit their video games and focus on all the awesomsauce words in this snackable post – use them when butt-dialing your friend Mx. Smith, MacGyvering your broken bike or inviting your friends to join beer o’clock.

Sauces are the new thumbs: When something is extremely good, feel free to call it awesomesauce. The opposite, something extremely bad or disappointing, would be weak sauce. Don’t ask me why strong sauce hasn’t made the cut.

“My new bike is awesomesauce!”

If you use public transportation, you’ve probably been exposed to or even engaged in manspreading: Male commuters whose legs commit the relatively annoying crime of seat-trespassing – when the offenders sit with their legs wide apart so they take up more than one seat.

“There’s so much mandspreading going on on my train; I think I’m going to start biking to work.”

Beer o’clock and wine o’clock describe the appropriate time of the day for starting to drink the indicated beverage – note that it expresses a very flexible and customizable p(o)int in time.

This happens to the best of us: We carry our phone in our pocket and move in just the right way to accidentally press all kinds of buttons – and then, our behind calls someone. These incidents usually make for very unique voicemails with lots of background noise.

“You butt-dialed me last night. It sounded like you had quite the party.”

Everyone who’s ever played a video game or had to deal with an uncooperative zipper knows the feeling: you get angry and abandon an activity because it frustrates the bejesus out of you, aka you rage-quit.

“Every time I play Flappy Bird, I rage-quit after a couple of levels. This $%&#* bird drives me crazy!”

Depending on how old you are, this word makes either complete or no sense at all. MacGyver refers to a ‘90s TV show in which Angus MacGyver – part dreamy hero, part nerdy inventor – regularly opened high-security doors with the help of an ice cream cone or repaired a TV with a watermelon: When you MacGyver, you repair something in an improvised and inventive way and use whatever objects you have at hand.

“Yesterday, I MacGyvered like a boss and used duct tape to fix a chair. My date was really impressed!”

One of your #lifegoals should be to have loads of mic drop stories: The phenomenon describes the moment at the end of a particularly impressive performance or speech when the whole room is quietly in awe – and it would be a good time to drop the mic and walk away like a superstar.

“He answered the question with a ‘your mom’-joke. What an epic mic drop.”

It’s one small step for a dictionary, one giant leap for mankind: Mx. is used instead of Mr. or Ms. or Mrs. when a person avoids specifying their gender or prefers not to identify as male or female. In case you’re wondering: the gender-neutral title is pronounced Mix or Mux.

“The university’s application form also offered Mx. as as title.”

“The key to your marketing strategy is snackable content that people can consume quickly. And cat videos, of course.”

We’ve probably all been hangry before: you simply combine anger with hunger to describe that familiar feeling when you’re crabby and in a bad mood because you need something to eat asap.

“Guys, I need food. You really don’t want to deal with me when I’m hangry.”

And here’s another interesting combination of words: butthurt describes what you feel when you are overly or unjustifiably offended or resentful.

“He was butthurt over that fact that nobody RSVPed on time.”

Randos can be creepy – the word describes an odd or suspicious person you don’t know. A rando often engages in socially inappropriate behavior, so try to keep your distance.

“Some rando sat on our favorite bench in the park and yelled at everyone who walked by.”

Tags: Language learning, English, Vocabulary
Get the latest on travel, languages and culture in the GO newsletterSign me up