10 things you should know before you move to Sydney 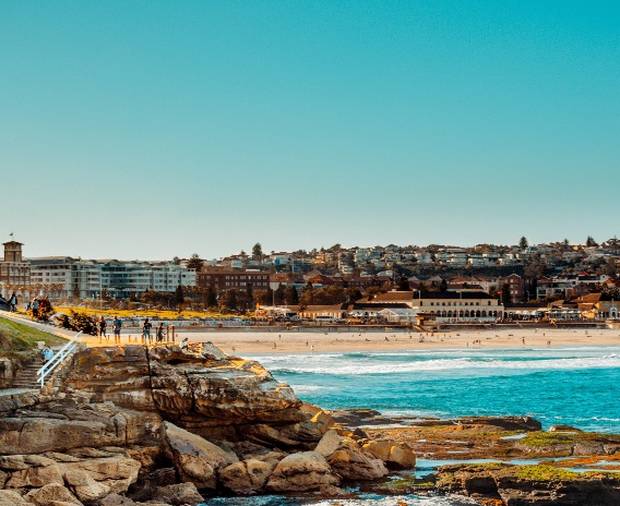 Think you’re ready for a new life ‘down under’? Before you jet off to New South Wales, make sure you’re totally prepared with our list of things you need to know before you move to Sydney.

1. Don’t slack off on the suncream

Filled with surf, sand, sea and oh so much sun, summer in Sydney is pretty sweet! While you might be used to a bit of sunshine already, the earth’s ozone layer is particularly thin over Australia meaning that more of the sun’s harmful UV rays reach the ground and you’re at much higher risk of getting burned. Look after your skin: Slap on the sunscreen every day and keep a high-factor sunscreen which blocks UVA and UVB rays in your bag at all times for top-ups.

Are you a Manly surfer or a Bondi beach bum? Sydney has SO many beautiful beaches around it, some big and some small, some with perfect surf and others ideal for a lazy swim, but two of the city’s most iconic beaches have long been wrapped up in a friendly rivalry. Head to Bondi and Manly beaches early so that you’ve got a favourite to join in the debate.

You’ll learn pretty quickly that everything in Sydney gets shortened and either a ‘y’ or an ‘o’ are added to the end. Let’s run through some examples: afternoon becomes ‘arvo’, barbeque becomes ‘barbie’ and flip flops become… thongs?

4. Choosing a place to live

For cheaper rooms and student vibes, check out Sydney’s younger suburbs like Newton, Kingsford and Enmore. Websites like Flatmates and Domain can help you find a room in a shared house. Winter in Sydney can get pretty cold too, so look for a place with double glazing and good central heating. Don’t forget that your university or school will also be able to help you find accommodation.

Vegemite, the dark and bitter savoury spread that is not as good as the original British Marmite (though I may be slightly biased here), is super popular. If you want to live like a local in Australia you’re going to have to get used to Vegemite, or get good at changing the subject when it comes up: Try, ‘Ooh I would kill for a Tim Tam right now,” and distract them by mentioning the nation’s favourite chocolate biscuit.

Permanent residents get access to Australia’s free healthcare system, Medicare, and temporary visitors from some countries, like the UK and New Zealand, are also allowed access. Foreign students studying in Australia are required to have Overseas Student Health Cover (OSHC) insurance for your whole trip, which covers visiting the doctor, some hospital treatments and some prescriptions. Speak to your university or school when planning your study abroad programme for help applying for OSCH.

Sydney’s public transport consists of buses, a light rail network, a metro and some ferries. There is a range of apps like AnyTrip or Citymapper which can help you plan your route. Pay for your trips using your contactless debit card or purchase an Opal card, which you can buy from most newsagents or small stores and top up using the app on your phone. Fares with an Opal card are generally cheaper.

Instead of getting charged for using your phone abroad, pick up an Australian SIM card when you arrive to make keeping in touch with friends and family easy. Check out OVO or Vodafone, for example, for SIM cards with 10GB data, or Telstra for plans with some international calls included.

9. Jaywalking is a (minor) criminal offence

Though not always strictly enforced, crossing the road not at a designated crossing point or getting in the way of traffic can come with a fine. If you’re caught jaywalking in New South Wales, be prepared to cough up $75!

The centre of Sydney might be a bit of a concrete jungle, but there are so many opportunities to get out and explore NSW’s nature when you live here. Get yourself down to the Royal National Park for epic bushwalking and coastal views; either drive or catch the Illawarra Line train to one of several stops in the park. For more tips, check out our 10 Hidden Gems in Sydney article.

Tags: Culture, Travel tips, English, Australia, Sydney, Gap Year
Start your Sydney adventureLearn more
Get the latest on travel, languages and culture in the GO newsletterSign me up