6 Valentine’s traditions from around the world that we love 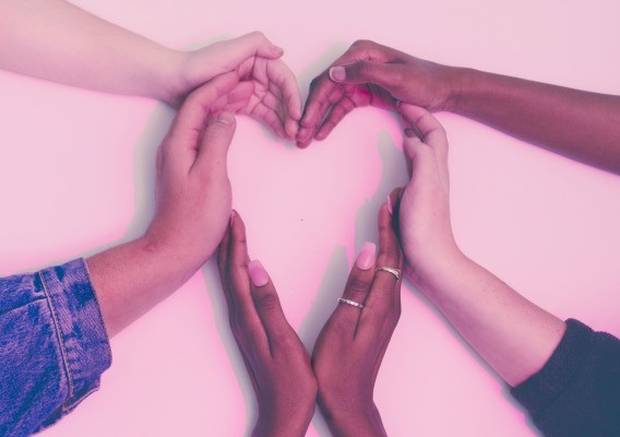 Ah, romance. Nothing gets the heart fluttering like candlelight, flowers and the sound of sweet nothings. We love it so much we have a day dedicated to celebrating all the love in our lives – Valentine’s.

Valentine’s Day has its roots in an ancient (and rather risqué) Roman tradition called Lupercalia. Held annually on February 15, young men stripped to their birthday suits and ran around spanking young maidens (gently) in order to boost their fertility. These pagan antics remained wildly popular even after Constantine declared Christianity the official religion of the Roman Empire. Later, Lupercalia was absorbed into Christian tradition, transforming into Saint Valentine, the wayward saint who performed illegal marriages under the Roman Emperor Claudias II. For his digression, Saint Valentine was executed on February 14, and today, sweethearts around the world commemorate Saint Valentine on this day.

Traditions these days vary from country to country – here’s our handy rundown of the most interesting Valentine’s traditions from around the world:

Lovers in the United States go all out in displaying their fondness for each other: Every year, Americans spend a sweet 18 billion dollars on candy, cards, chocolates, flowers and jewelry. Greeting cards are the most common gift, but not just for couples. Family, friends and schoolchildren also exchange cards with notes of friendship, affection and appreciation. America’s most popular Valentine’s Day candy isn’t a box of chocolates, though – it’s the little conversation hearts with messages like “Be Mine” and “Kiss Me”. Fun fact: enough candy hearts are produced in a year for everyone in the world to have one!

It’s the men who are pampered in this part of the world on Valentine’s when women buy chocolates for their male partners, family members and coworkers as a token of affection and appreciation. But don’t worry ladies, the favor is returned a month later. On March 14, known as White Day, men reciprocate with cake, candy and flowers.

In the UK, couples get seriously romantic on Valentine’s Day. Lovebirds all over the Isles exchange gifts of flowers, chocolates and jewelry. In the evening, couples typically enjoy a nice dinner on the town or opt for a candle-lit spread at home. Either way, love is in the air.

For anyone flying solo, Finland is the place to be. You don’t have to worry about feeling left out of the festivities because in this country it’s all about celebrating with your friends. The day is even called ‘Friend’s Day’ in Finnish, not Valentine’s. The official flower is the pink rose, but mates are happy to receive gifts, cards or candy, too.

Thanks to countrywide Carnaval celebrations, most Peruvians are on holiday on February 14, which means they have extra time to plan their loved-up itinerary. Instead of exchanging roses, many opt for orchids – a flower native to the country. They even hold mass weddings to accommodate all the couples saying “I do” on the most romantic day of the year.

6. Brazil – Celebrate in June instead

Brazilians skip the February 14 celebrations and instead commemorate Saint Anthony, the patron saint of marriage and matchmaking, on June 12.

Tags: Culture, Love, Valentine's Day
Explore the world with usLearn More
Get the latest on travel, languages and culture in the GO newsletterSign me up