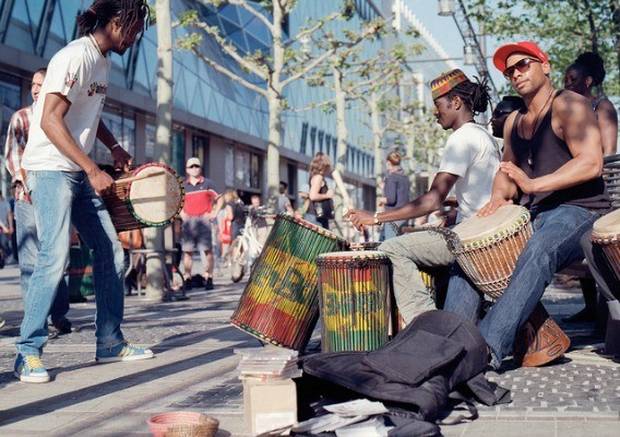 South Africa’s social mindset is heavily shaped by race, so it comes as no surprise that this also spills over into their music scene. European settlement in Africa has left a deep imprint on several African countries, but none holds more true than in South Africa’s case. As this rich and ever-developing culture embraces all races found in South Africa, you get a beautiful mix of different sounds and rhythms.

Fact: Since 1954, Masekela played music that protested apartheid, slavery, government and spoke of the hardships that many faced. Today, he is still regarded among the world’s finest jazz practitioners.

Fact: In the 1960’s, she was the first African artist to popularize African music worldwide, thus giving her the nickname “Mama Africa.” She campaigned against the South African system of apartheid, to which the South African government responded by revoking her passport, citizenship and right of return in 1963. She didn’t go back home until 1990 when the apartheid system was abolished.

“But I wanted you to stay and I didn’t want to go, I didn’t take it away from you.”

Fact: He is a modern day one-man folk band. He mixes guitar, ukulele, harmonica and beatbox skills, along with echos and distortion units, that leave you literally awe-struck.

Fact: Ladysmith Black Mambazo is a famous proponent of the Acapella or Isicathamiya genre. It’s particularly Zulu style; an individual voice leading a harmony. The song was originally sung in Zulu with the title “Mbube.”

Fact: They’re credited with the rise of a uniquely local music style called kwaito. In the mid-90’s, they brought hip-hop to mainstream, as before it was a genre considered to be an underground movement, whose fans were of Cape Towns’ lower class.

“Triple long days just to make my money double up.”

Fact: Before hitting the music scene, he received an honors degree in Computer Engineering and tried his hand in Geology. You can follow him on Twitter, @iFani_Haymani, which he is extremely active on.

Fact: He was a symbol of the new South Africa and was gunned down in 2007, in a senseless carjacking. Rest in peace Lucky Dube!

Fact: Hands down one of my all time favorite bands! They mix techno beats, with other eclectic rhythms and rap in a mix of Afrikaans and English.

“The way you move your body makes me say, Eish.”

Fact: Jika means “to turn” in IsiZulu and “Eish” is a popular word in South Africa to express anything from horror to excitement and everything in between.

“The things you do, make me lose my cool, when you’re around.”

Fact: This song was made in collaboration with Nigerian singer-songwriter J Martins. This is part of an increasing trend of having cross-country collaborations. Ifunaya is an Igbo word (a language spoken in Nigeria) meaning “love.”

Tags: Culture, Travel tips, Music, South Africa
Get the latest on travel, languages and culture in the GO newsletterSign me up