The importance of immersion: Why you should learn a language the same way you’ll use it 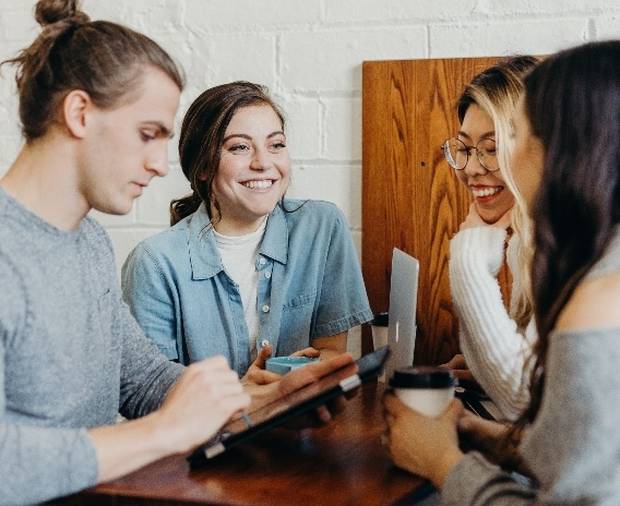 There are many different ways to learn a second language, from taking classes to reading books, or even using an app. But one way has been proven more effective than the others; language immersion.

In the classroom, immersion-based learning involves the teacher using the second language for almost everything, including setting instructions and giving feedback. It has been commonly used around the world for the past 50 years, as language immersion is shown to boost students’ literacy, academic achievement, thinking skills development, and even their cultural sensitivity.

But immersion-based language learning works even better when it goes beyond classes. This involves surrounding yourself with the language in other parts of your life, so that you’re practicing it often and in context. It’s all about keeping the parts of your brain engaged that are gradually working out how to process that second language.

There are many ways to practice immersion

Did you know the average person spends nearly 5 hours a day on their phone? In some parts of the western world, Gen Z even spends 9 hours a day in front of a screen. That’s a lot of time that you could be using to learn! Try changing the language settings on your phone; every time you pick it up to check a notification, you’ll see small things like the date, the weather or an alert in your second language language.

Another simple trick is to regularly watch TV shows in your second language with the subtitles on. This means that even in your leisure time, you’re hearing and seeing the common ways in which people use and respond with your second language. This is a relatively easy (and relaxing) way to gain a better understanding of the context in which vocabulary, phrases and even slang terms are used.

But, hold up. Before you stop reading and grab the TV remote, context is really important here. Learning a second (or third, or fourth…) language in the same way that you’ll actually use it helps you to become fluent faster, so you’ve got to make your TV choices count.

So, although I have spent this week binging The Parisian Agency on Netflix – a reality series following a luxury property agency that is broadcast in French – the new familiarity I have with describing kitchens, en Français, isn’t actually very helpful to me. At all. I’m not an estate agent, nor am I looking to buy a €2.5 million flat in Paris (unfortunately). It would be much more useful for me to watch a show like The Office, as I’m more likely to use what I learn in my workplace.

To really make the most of the opportunities that immersion learning offer, trade the TV remote for your passport. Spending time studying in a country that speaks the language that you’re learning is a time-proven method for mastering a new language – both quickly and effectively. This is because of the near-total language immersion that it offers. Simply by being there, you are surrounded by the language. Your learning will take place everywhere, not just in the classroom!

Street signs, public transport timetables, items in the supermarket and the menus in your favorite restaurant; everywhere you look, you’ll constantly be practicing by reading. And reading is an essential part of the learning process; research has shown that strong second-language reading skills are often linked with better second-language speaking skills.

As the two go hand-in-hand, it’s important to practice both. When you study abroad, it is much easier to improve your second-language conversation skills as many of the people around you will speak it; from the people you live, work, or study with, to the café barista when you order your morning coffee.

Immersive learning can boost your brain

In fact, scientists in Israel and the USA looked at the brain development of second-language students studying abroad in two-year immersion programmes. They showed that as your brain learns how to process a second language, it can even change and improve how it processes your first language.

Additionally, a joint research project with EF Education First and the University of Tokyo revealed that significant changes in brain function occur during even short-term immersive language study abroad. Did you need any more proof that bilingual is better? Using immersion learning to pick up another language makes our gray matter even smarter!

Finally, the biggest benefit of in-country immersion learning is that by spending some time living your daily life, with all the mundane routines and chores that it comes with, immersed in another language, you’ll learn the type of phrases and vocabulary that you’ll actually need to use in the future. It’s the best way of preparing you and helping you achieve fluency.

What’s more, over time you’re likely to develop a deeper connection to the city you’re living in. Seeing how the ability to use the language to get around and communicate with locals shifts your perspective, is a powerful motivator to keep going.

All of this will boost your competency and your confidence. Immersion-based language learning is the definition of practicing often and in context.

Tags: Language learning
Immerse yourself in a brand new languageExplore the world
Get the latest on travel, languages and culture in the GO newsletterSign me up

What is the best age to learn a language?
By Kaisa · 7 min read
Hobbies, soft skills and languages: 5 ways to improve your CV
By Emma · 4 min read
13 totally relatable French expressions
By Kat · 4 min read
How to live like a Hawaiian (It’s all in the language)
By Martinique · 2 min read
See more from