10 Netflix shows to learn French with 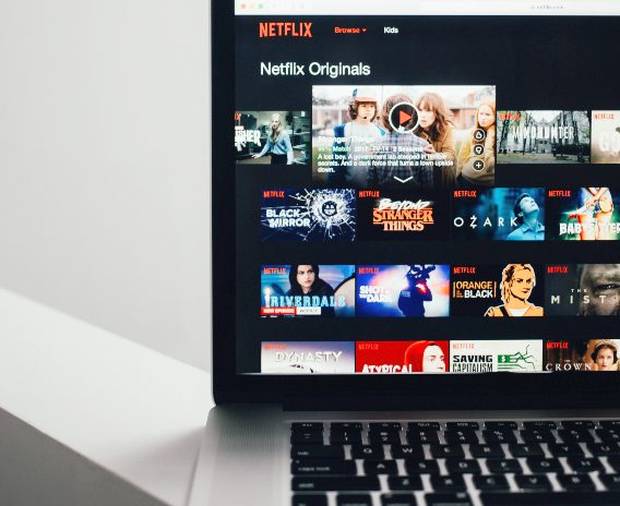 Hate that empty feeling of guilt setting in after a long Netflix binge? We’ve all been there. Next time, just combine your down-time and a spot of language learning with these incredible French Netflix series, and you’ll have the perfect excuse for having baggy eyes on a Monday morning work day (and something to talk about at that chic get-together in Paris this summer).

Not looking to learn French? We have great shows to recommend to those of you who want to learn English, German or Spanish from the comfort of your  own home.

Feel like you’re ready to take your language learning to the next level? Put everything you’ve learned on Netflix to good use by immersing yourself fully in the language by learning a language abroad. We’re here to make that happen.

Picture a reunion with old pals up in the French Alps and it sounds like the perfect getaway… but in this remote chalet things quickly turn dark. With no access to the outside world, a fight for survival ensues. Secrets, suspense, tumultuous timelines… what more could you want? It’s also only six episodes long, so you can watch it without fear of getting hooked for anymore than a weekend.

‘Dix Pour Cent’, or ‘Call My Agent!’ in English, follows the lives of professionals working in a talent agency. The humorous show will give you a taste of what it’s like in a busy office in the media industry in Paris while you practice your French. You’ll also learn about famous French celebrities while you’re at it, since the show uses real celebrities in each episode.

If you like the British Netflix sci-fi ‘Black Mirror’, you’re certain to enjoy ‘Osmosis’. Only eight episodes long, this show is set in an alternative world with a new dating app which is said to guarantee its users find their soulmate. All the company want its users have to do is swallow a pill which downloads data from their brain… what could possibly go wrong?

Though Marseille has received some tough reviews by French critics, it’s still a must-see. It’s a political crime drama, and if you enjoy learning more about other cultures as a whole, the show’s harbor setting means it also includes a mix of people from Spain, Italy, South Africa and the Mediterranean.

Plan Cœur translates literally to ‘Heart Plan’, but is tilted on English speaking TV as ‘The Hook Up Plan’. Plan Cœur, Netflix’s second French-language series, was considered a chance to restore audiences’ faith in French Netflix shows, following on from the bad reviews ‘Marseille’ got. Netflix clearly decided to take a break from intense crime dramas like ‘Marseille’, so Plan Cœur is a humorous romcom that follows a young lady as she attempts to get over her ex and ends up falling for a male escort.

If you still want to see French-language crime series but the critics have put you off ‘Marseille’, perhaps you could try this French-Belgian show instead. ‘La Forêt’ follows the story of a police investigation of the disappearance of a young girl in a nearby forest. When a local teacher with a mysterious past joins the search, secrets surface and distressing discoveries are made.

Les Témoins, or ‘Witnesses’, is yet another French-language crime series. In season one police investigate why six male corpses have been dug up and “reinstalled” in show homes. In season two police are investigating a bus found with fifteen frozen male bodies. At the same time, a young woman wakes up in a car and remembers nothing of her former life. But how are the two connected? The narrative is easy enough to follow as a language learner, but intriguing and suspenseful enough to keep you engaged.

Only five episodes long, ‘Les Grandes Grandes Vacances’ or ‘The Long Long Holiday’ is an animated mini-series. A vacation to Normandy is extended by the Nazi occupation of France and you follow the two young children as they deal with getting more than they bargained for on a short trip to visit their grandparents. It’s rated for kids aged seven and above but the challenging theme means your language skills will still be tested.

Le Bureau des Légendes, or just ‘The Bureau’ on English Netflix, is a political thriller offering an insight into the secret security service in France. Based on real accounts of former spies, you get a sense of the personal challenges faced by those living under false identities and the danger that comes with it. Fortunately, you’ll be able to put in a lot of language practice because ‘The Bureau’ currently has four seasons.

Glacé, or ‘The Frozen Dead’, is just an adaptation of a novel of the same name by Bernard Miller. It’s another crime thriller, and this time it begins with the discovery of a decapitated horse… It’s only six episodes long, but if you really want to test your French skills, you could read the book it was based on as well.

Tags: Language learning, French, language tips, Netflix
Ready for the next step?Learn French in France
Get the latest on travel, languages and culture in the GO newsletterSign me up

10 summer destinations for foodies
By Kat · 6 min read
13 totally relatable French expressions
By Kat · 4 min read
How to live like a Hawaiian (It’s all in the language)
By Martinique · 2 min read
US vs. UK: Hello there or howdy y’all?
By Tom & Lena · 2 min read
See more from