What is the best age to learn a language? 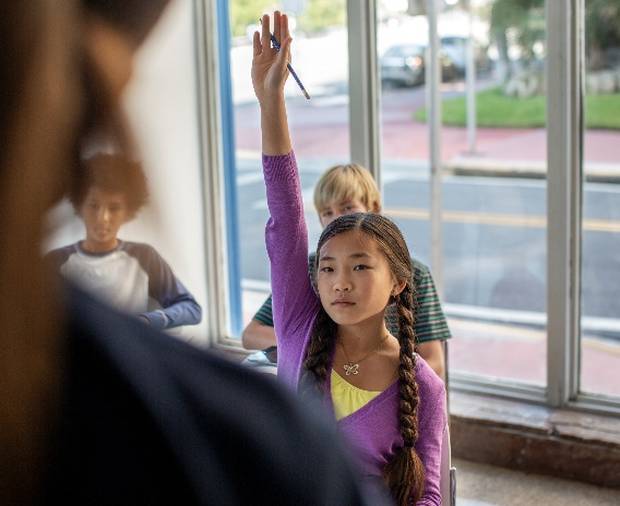 Although our understanding of language learning is constantly evolving, persistent myths about children being far superior at picking them up abound, putting others off the challenge. But the truth is that everyone can – and should – learn a new language, no matter their age. Here’s why.

Language learning is an essential function of the brain that allows us to make sense of our world. Without exposure to language in early childhood, we grow up with a very limited ability to navigate it. Stories of abandoned children have tragically demonstrated the importance of early exposure and the price we pay if we are deprived of languages in the first years.

But babies are, in fact, hard-wired to listen to and mimic languages they hear even before birth, and studies have shown that even without words, babies cry and communicate ‘with an accent’. The ability to speak in their mother tongue is built on this deep foundation – and their ability to express themselves progresses at an astonishingly fast rate in the first years of life.

Children acquire language skills through a process scientists call ‘implicit learning’: absorbing and mimicking what they hear. They are simply focused on acquiring the means to communicate what they want in the most effective way possible.

They don’t think about language learning – they simply do it.

Children are also primed to learn a language fast in order to survive and thrive – both at home and in the broader social setting. While they may receive instruction in the language they are using, they remain fundamentally unstructured learners, immersed in the language, and learning through a continuous, messy process of trial and error.

Bilingual or multilingual children are able to navigate several languages effortlessly, setting them (and their brains!) up for a host of lifelong benefits.

But when it comes to languages, learning never really ends, and in many ways, our drive to expand our linguistic horizons only grows as we age.

When it comes to our native language, we are, in fact, natural, lifelong learners. One of the largest studies of language learning ever conducted recently concluded that it can take up to 30 years to even master it. And throughout our lives, we add words, learn new expressions and pick up new slang; we evolve with the language we were born with, developing a more sophisticated and nuanced ability to express ourselves in the process.

In an increasingly connected world, we are also pushed to learn new languages in order to participate in global discussions, consume global media, trade or work internationally and develop relationships and friendships that cross borders. Without learning a global language like English or Spanish, for example, we can feel cut off from the world in the most literal sense.

So, why – despite our innate desire and need to expand our linguistic horizons – are we so often hesitant to take on the challenge?

Getting out of our heads – and into the world

It’s common to hear adults, even young ones, say that they’re just too old to learn a new language and that it’s just too hard. And many – although they may not want to admit it – hesitate because they don’t feel comfortable with making mistakes in front of others.

But is learning a new language really harder as we age?

Although a recent, large study conducted at MIT concluded that certain aspects of fluency are tied to exposure in childhood – a perfect grasp of specific rules of English grammar, for example – there’s actually scant proof that teens and adults are less effective at learning languages than younger children, especially if the objective isn’t native-level fluency.

Some studies, including a study of bilingual Catalan-Spanish speakers learning English, have even shown that adults learn faster than children.

Our extensive research also shows that adults – even beginners – can make fast progress, especially if they learn immersively. Joshua Hartshorne, an assistant professor of psychology at Boston College and lead author of the MIT study, confirms this, arguing that “I’d learn in an immersion environment. Immersion has an enormous effect in our data – large even relative to fairly large differences in age.

But there is an additional advantage that adult learners hold: a structured approach to learning itself.

Through school, we figure out what works for us as learners. While some of us learn by listening, others need to write things down and memorize rules and formulas. By the time we become young adults, we have learned how to learn.

This more structured approach is deeply valuable when learning a new language, precisely because languages are very structured by nature.

Attention spans matter as well. With more structure comes more focus and an attention span that children simply do not have; an ability Antonella Sorace, a professor of developmental linguistics and director of the Bilingualism Matters Centre at the University of Edinburgh, labels ‘explicit learning’ in contrast to the more implicit way children learn.

As we age, our objectives in terms of studies and careers become clearer and can help motivate us even more. We may, for example, be motivated to learn French because we want to become diplomats, to become fluent English so we can have an international career, or to become conversational in Korean because we love K-pop.

In other words, the ‘why’ becomes as powerful of a factor in our success as the ‘how’.

Social connections play into this. Much like children, adults are likely to learn a new language faster if they are able to bond with other learners and to use their new skills in social settings that bring them joy.

But as with any journey, learning a language is easier if we know where we’re headed.

Should the ultimate goal of learning a new language be fluency? Becoming fully fluent in a new language is hard. And it takes time. While some languages are harder to learn than others – English is relatively easy, for example – achieving fluency is a function of sustained effort and exposure, even for children who do it less consciously.

Yet getting fixated on fluency can be demotivating. While it is a valid long-term goal for many, it is far better – and more productive – to set more defined, realistic goals for learning; being able to read and understand the language with ease, for example, or simply feeling confident in communicating in everyday situations or with new friends.

And although having tangible goals is crucial to success for any learner, seeing how learning a language benefits us in a broader sense can help motivate us even more.

Language learning doesn’t happen in a vacuum. Studies have shown that immersing ourselves in a new culture and connecting with people across cultural borders and boundaries can make us more creative.

Learning a new language and becoming comfortable switching between languages can also help us switch between perspectives and different ways of seeing the world, making us more empathetic and accepting of others.

Speaking more languages can also help us feel more connected with others and by enabling us to travel more, it can increase trust, as numerous studies conducted around the world show.

On the most fundamental level, learning languages allows us to communicate and to connect with others and to realize that we’re all in this together. And despite what received wisdom tells us – there’s never been an age limit on that.

Tags: Language learning, Second language
Start your journey to language learningLearn more
Get the latest on travel, languages and culture in the GO newsletterSign me up