10 Netflix shows to learn English with 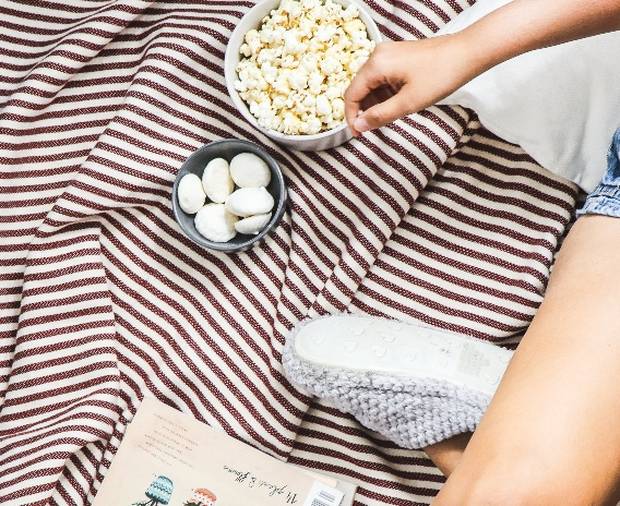 Everyone’s favorite streaming service could also be the perfect place to become fluent in English. Who knew! If you’re preparing to binge-watch some of the top Netflix series, why not keep the audio in English, order some pizza, pop some popcorn, and get ready to sharpen your language skills.

Here’s my pick of the best Netflix series to learn English with:

Have you seen this show? IT. IS. SO. GOOD. The language is both accessible and complex at times, with some political mumbo-jumbo (confusing words) in between more familiar English. If you haven’t seen the show before, it’s basically about a dangerously ambitious politician who uses corruption to become president of the United States. It’s really good.

2. Orange is the New Black

A woman called Piper gets sent to prison for a minor crime, and this series follows her adventures inside. There are a lot of American slang words to learn here, and some curse words as well, but we recommend the former rather than the latter.

Here’s one for the sci-fi fans out there; a supernatural horror comedy (sounds strange but it works) set in the 1980s. A mysterious girl enters the lives of a group of friends in a country town in the US, followed by some seriously creepy events that might make you jump. If you’re not familiar with English slang from the 80s, this is a great introductory lesson.

I dare you not to cry laughing to this wacky comedy. Kimmy is a hilariously innocent young woman kept in an underground bunker by a crazy sect leader, before pioneering her own escape and moving to New York to rebuild her life. It’s WAY funnier than it sounds, and her roommate Titus Andromedon is basically the most hilarious character ever.

Want to know what the Queen of England was like before she got – you know – really old? So did lots of people, apparently, because Netflix made this amazing drama about Queen Elizabeth II’s life when she was young and had just got married. The acting is as classy as the super-posh British accents, which are a great asset to learn if you plan on moving to the UK.

Did you watch Daredevil, Jessica Jones, Luke Cage and Iron Fist on Netflix already? OK, so first go and watch those, and then come back and watch this series, in which they all come together. It’s a Marvel show, but not like the movies you’re used to (there’s way more swearing). It’s probably one of the coolest shows on this list, which is reason enough to watch it.

If you’re a lover of stylish crime dramas, then Ozark is the new series you’ve been waiting for. It’s about a financial planner from Chicago who has to suddenly move his family to the Ozarks – a summer resort area in the American midwest – when a Mexican cartel discovers he’s been stealing money from them. It’s classic Netflix crime territory, so it’s a pleasure to watch, and the language is simple to understand.

OK – this one’s a little controversial because it tackles teen suicide as it’s main premise, but it’s also one of the most popular new shows on Netflix. After school girl Hannah takes her own life, her friend Clay discovers a box of cassette tapes directed at each of the people she blames for forcing her to commit suicide. It’s heavy going, but stick with it – and pay close attention to the modern slang words the cast are using.

Actually, perhaps this show is the most controversial on this list. It’s a series of connected stories following students at a university where race and social justice issues are at the forefront of everyone’s minds. Not only will you learn some key English terminology, you might be inspired to go and start your own political blog. Or just eat more pizza, whatever.

Not given this show a try yet? Now’s the time to start! It stars Aziz Ansari as a small-time actor in New York who doesn’t know what he wants from life. It features lots of hilarious situations involving food, and the ‘hip’ American language will have you using “yass” and “bro” in your daily life before you’ve even switched off the TV. I warned you.

Tags: English, Movies, Netflix, Learning tips
Learn English faster on a language course abroad.Learn more
Get the latest on travel, languages and culture in the GO newsletterSign me up