Learn English with songs: 10 artists to listen to 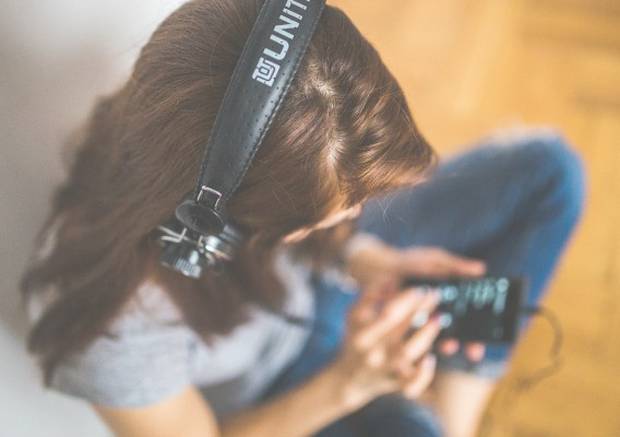 Learning English doesn’t only happen in a classroom – adding a few simple things to your daily routine can really turbo-charge your learning. Watching TV shows or movies in English is a great way to make faster progress, but so is listening to songs. We’ve picked a few artists to add to your Spotify playlists that will help you work on your English without even realizing it.

If you won’t admit to singing along to Ed Sheeran, even just a little bit, you’re lying. His songs are relatable and the albums are easy to leave on repeat for days. Though the language isn’t complicated it can get fast paced, so trying to keep up when you belt your heart out is a great way to put your listening and speaking skills to the test.

2. Of Monsters and Men

The laid-back vibes from Of Monsters and Men offer the perfect chilled soundtrack for summer, and a great language-learning aide. Slowly sung and easy to follow, you’ll pick up the lyrics as quickly as you pick up the melody. The indie group are actually Icelandic, so if they can master perfect English, you can too!

Delve deeper into the music history books for a band that actually made vinyl records and cassette tapes before they became cool again. Their feel-good classic, ‘Friday I’m in Love’, is a super easy way to nail the days of the week and, like the rest of their hits, it’s super catchy.

Bruno has your back: not only does ‘The Lazy Song’ use the future tense nicely, plenty of his lyrics are filled with English slang. In English, being in your ‘birthday suit’ means being naked, ‘my castle’ refers to your house, and if you’re planning to relax, you can ‘kick back’. Add it to your morning playlist for the best possible start to your day.

Always talking about her exes, the queen of catchy pop songs often sings in first person. With lyrics almost always speaking directly to the listener, you’ll be used to normal conversation in English in no time.

No matter which notes this man hits, he sings as clearly as he does soulfully, and his diction is always perfect. Side note – after regularly testing your pipes (singing along) there’s a chance you might pick up a slightly American accent.

Everyone can relate to the classic, catchy songs by The Beatles. Their lyrics are easy to follow and you’ll adopt a proper English accent just by singing along. Our top tip? Learn the words to ‘All you need is love’ by watching Love Actually (AKA – the greatest British romcom of all time).

The most powerful voice to come out of the England in recent years, Adele sings like an angel but speaks with a distinctive London accent in interviews, so Adele’s not only great for beautiful music, but for some local slang as well.

Another Brit with a jaw-dropping voice, Sam Smith is similar to Adele with his emotional ballads dominating the music charts, but uses simpler language that’s easier to follow and memorize for non-native English speakers first trying to get to grips with the language.

Adam Levine, frontman of Maroon 5, is far more than just a pretty face. A talented singer and songwriter (read: Maroon 5’s albums are always full of bangers), he also sings clearly and doesn’t over- pronounce his words, helping you pick up natural diction as you listen.

Tags: Language learning, English, Music
Learn English abroad with us - it's the fastest way to fluencyLearn More
Get the latest on travel, languages and culture in the GO newsletterSign me up