Is the future English or emoji? 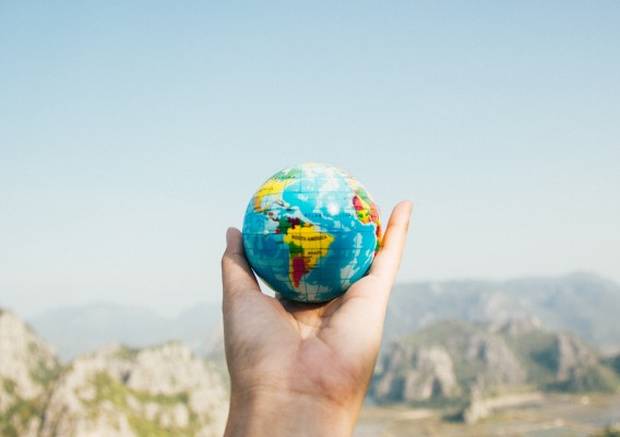 In linguistic terms, English rules the world. An estimated 1.5 billion people speak it – 375 million as their native tongue – and it is spoken in more than 100 countries.

Throughout the last 400 years, its spread around the world has been steady alongside the spread of global business, politics and culture. Even in our era of political uncertainty, English continues to dominate our shared global spaces: business, culture, diplomacy and to a significant degree, the internet. To take part in our globalized world in the 21st century is to speak at least some English.

But will the future look like the past? Will English become even more dominant, drowning out other languages? Or will we all retreat back to our native tongues and simply use machine translators to communicate, leaving English to die off as a global lingua franca (a common language adopted by speakers of different languages)? Or – in perhaps the most dystopian scenario for those of us that cherish the written word – will the future be all emoji?

The roots of power

Linguist David Crystal once noted that “a language’s development is a direct reflection of the power of those who speak it”. Driven by colonial conquests during the imperial era – by the early 20th century the British Empire controlled a quarter of the globe and much of world trade – and the avalanche of American business, political power and popular culture in the century since, English provided a shared language for a world that was becoming more connected at breakneck speed.

Even within countries, particularly countries with complex ethnic and linguistic landscapes, English became a neutral, if not always well liked, means of communication. In Nigeria, where more than 500 languages are spoken, English connected a nation and retained its position by being “equally hated by everyone”.

A unique recipe for success

But the roots of its power don’t lie in history alone. The development of English, indeed its uniqueness and unique attractiveness as a language, was largely based on its ability to borrow from other languages, adapt to local contexts and remain flexible in the face of change.

As it spread across the globe, English absorbed new words – first from German, French and the Vikings – and later from cultures it came into contact with throughout the colonial and post-war period. In the process it accumulated an immense vocabulary – estimated at 750,000 – and one that is impressively multicultural.

It also successfully blended in with local culture and local languages. An estimated 60-70 “Englishes” exist around the world today with Singlish (Singaporean English) and Spanglish (Spanish mixed with English) firmly established in the daily lives of millions of people. In countries like Jamaica English became so localized it almost transformed into its own language: Jamaican Patois – a creole language based on English – includes 15,000 local words and is largely unintelligible to speakers of “standard” English.

A language that belongs to us all

That ability to absorb and assimilate while retaining a unified core intelligible to all made English uniquely suited for global dominance. And indeed the sheer numbers of speakers – up to a billion people speak it as a second, third or even fourth language – has given a huge swathe of humanity a sense of ownership over it. It has become a truly global language that no longer belongs to its native speakers alone; it belongs to us all.

But what happens when a language no longer belongs to those that have mastered it? One view is that a process of fragmentation and erosion may drive the language to lose its core and eventually become a group of connected, but mutually unintelligible languages. This seems unlikely – in the case of English there are simply too many factors that are working in the opposite direction.

The case for culture

Closely connected to the linguistic dominance of English is a global culture that runs mostly on English – from popular comedy shows to blockbuster Netflix series and online memes. Because so many people speak at least some English there is a relatively low barrier of entry into the culture that comes with it; a culture that a huge number of young people around the world are exposed to every single day on their phones. This culture is shared and so is the language that underpins it; it must remain comprehensible to all to remain relatable.

This global culture is also highly unlikely to switch to another widely spoken language like Chinese anytime soon: Although 1.39 billion people speak it natively, the barriers of entry into the Chinese language – or indeed its culture – remain far too high for most.

The case for simplicity

This low barrier of entry has had another interesting effect: Although English has become more fragmented as it has spread around the world, it has also become simpler in the mouths of those that speak it as a second, third or even fourth language.

English can be a very difficult language to master and because of its popularity, simpler forms have become widely understood and accepted, particularly in spoken and online communications. Linguist John McWorther notes that “when lots of adults learn a language imperfectly, they do without […] tricky bits of grammar.” A 2010 study by Gary Lupyan and Rick Dale found that bigger languages are actually simpler, particularly if you look at their grammar. And as they become simpler – particularly in popular usage – they become even more accessible.

There is another factor worth noting: As more and more of our communication moves online and into the spoken realm – we will speak with the machines of the future, not write to them – simplicity becomes even more pronounced. As the importance of more formal, written English diminishes, less formal forms become more important, feeding into the positive feedback loop that makes English so attractive and popular as a global language.

The rise of the machines and emojis

Despite this, there is nothing inevitable about the continued dominance of English. Languages rise and fall alongside empires and other human constructs. It is inherently difficult to predict their future, argues linguist Simon Horobin. So what could threaten English’s role as a global language?

Politically, a more protectionist or nationalistic world threatens English because it is so closely associated with American power in particular, but British power too (in the EU post-Brexit, for example). Languages like Chinese, Arabic, Hindi, Indonesian, Spanish and French – spoken by hundreds of millions of people all over the world – are closely connected to powerful national or religious identities and growing demographic, economic and political clout. Their importance is only set to grow and could erode the privileged position English holds.

Perhaps more intriguingly – if we look a few more decades ahead – machines, not other languages, may threaten English’s dominance. Linguist Nicholas Oster believes that English’s days as a global language are numbered. Oster argues that just like Latin – a global language that dominated during the era of the Roman Empire and is the root of languages like Spanish, French and Italian – English will only be as dominant as it is useful. In an era of machine translation – think Google Translate but 100 times as accurate as it is today – there will simply be no need for a shared global language. We will all speak our native tongue to the machines around us, and if needed, they will translate for us. For most people, Oster argues, this will be enough.

In the longer-term, if things take an even stranger turn, the increasing popularity of visual languages like emoji – and the further simplification of communication they foster – might make languages like English redundant (or at least much weaker). In a world where emojis dominate our day-to-day communication, will there be a need to dedicate your time to learning a second, shared language? This seems far-fetched – we are very complex creatures with very complex communication needs – nuanced language will not cease to be important to us anytime soon. But there is no doubt that the way we communicate in the future will be even more diverse and multifaceted than it is today.

A human need to learn and connect

But do any of these things – the rise of other languages, the rapid developments in machine learning and the popularity of emojis – really threaten the role of English as the connecting thread between people across borders? Unless the clock is turned back on both global commerce and global culture – or indeed on our need to communicate complex ideas to others – the future is likely to be English. And while machine translation poses a long-term threat to the need to learn foreign languages, it’s not a given that it will become anywhere near as accurate, expressive or meaningful as human communication anytime soon.

There is also something inherently attractive about learning a new language. Crystal believes that up to 2/3 of humans are actually bilingual and that bilingualism is the natural condition for humans. For a variety of reasons it is also very desirable: It supports everything from the cognitive development of children to the long-term health of the brain, and it has economic benefits too. Adding English to one’s skill-set simply makes good sense.

And perhaps there is one last reason why learning a global language like English will continue to matter well into the future: An integral part of learning English is connecting not only to the global culture it fuels, but also to people around the world. Like music, it has become something more than a convenient tool of communication – it has become a tool of cultural understanding and bridge-building across borders. Put differently, it helps us meet a deeply human need to connect and to understand others; to be, as Crystal put it, “different and the same” all at once.

Tags: Language learning, Culture calling, English, Parents
Study English with EFLearn more
Get the latest on travel, languages and culture in the GO newsletterSign me up