Football facts: 7 things you must know about France 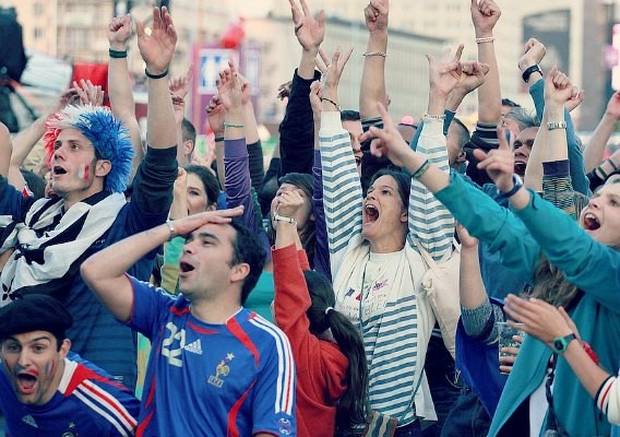 You can’t kick off the football season without knowing your football facts – you risk making a fool of yourself with that one friend who knows the game like the back of their hand, or you’ll look pretty out of place at the pub, surrounded by (enthusiastic) football fanatics. But worry not – we have your back: Our series of football-themed posts centered around our favorite football nations will give you a quick and easily digestible overview of the history, players, and lingo that make these big football nations tick. First off: France, one of the favorites to win this year.

After the most dramatic and commented “headbutt” of modern football’s history in France’s game against Italy in 2006, the French team somehow lost their mojo: The team was so dysfunctional they actually ended up striking because of the exclusion of one player following an altercation. However, in the last few years, les Bleus have made a comeback. They made it to the final during the last Euro cup in France and are now poised as one of the favorites to take this year’s cup home.

French players can be found in the best clubs of the European leagues – here are some of the must-know names:

With top strikers and midfielders such as Griezmann, Matuidi and Pogba, France has a well-balanced team with some good attacking options. Their style of play has evolved a lot in recent years and is much more based on counter-attacks with faster plays than before.

Didier Deschamps (also known as “Dédé” DD in French) is a former defensive midfielder who played for clubs such as Chelsea, Juventus and Marseille. He won the Champions League with Marseille in 1993. DD was among the 23 players that won the World Cup in France in 1998. After retiring as a player, he trained as a football manager and in 2003 he started coaching AS Monaco FC  with some impressive results in the Champions League. In 2012 Didier Deschamps succeeded Laurent Blanc, a former teammate, and became the head coach of the French team.

French is spoken by approximately 220 million people all over the world, in countries as varied as Belgium, Switzerland, Ivory Coast, Cameroon, and Algeria. Here are your must-know football words en Français:

“Qui  ne saute n’est pas français” (It means: “Those who don’t jump are not French…”) – Mixed and remixed in different ways depending on the city, this song is a French classic.

“Aux Armes, nous sommes les Français” (“To your weapons! We are the French…”) – This song is a typical supporter chant with some warrior spirit.

“I will survive” – Yes, Gloria Gaynor’s smash-hit was made into France’s victory anthem in 1998, and it has stayed in everybody’s mind ever since.

7. And then celebrate on “Les Champs Elysees”

As one of the favorites, France will probably go all out with giant screens and parties: However, the celebrations only really kick off if (and when!) France reaches the finals or wins the whole tournament like in 1998 and 2000. Les Champs Elysée, France’s most famous avenue, will become crowded with thousands of super excited fans chanting, partying and drinking Champagne until the wee hours of the morning.

Tags: Culture, Fun facts, France, Sports, Football
Explore the French language beyond football lingoLearn More
Get the latest on travel, languages and culture in the GO newsletterSign me up