All the English rugby terms you need to know 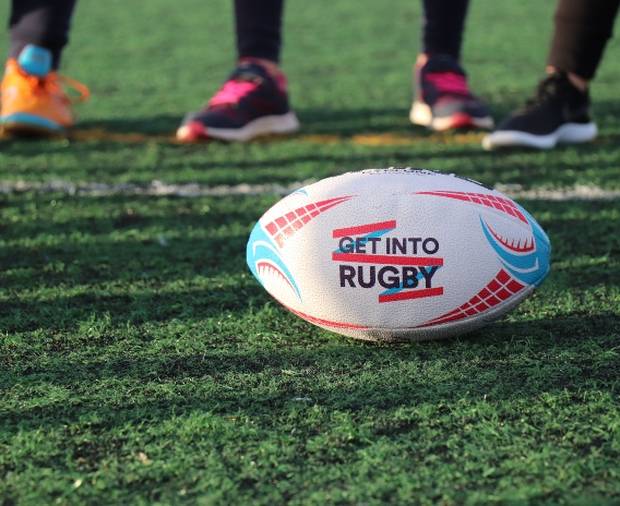 Invented 200 years ago in a town named Rugby, the game of rugby is one of England’s best sporting exports. But a game that involves running with an oval-shaped ball that you can only throw sideways or backwards, and plenty of running into other players, can be pretty hard to understand at first.

From technical jargon to rugger slang, here’s our list of English rugby terms you need to know.

Firstly, there are two slightly different versions of rugby; union and league. The most obvious difference is that rugby union teams have 15 players, and rugby league teams have 13 players.

Informal slang for rugby. “Let’s have a game of rugger!”

To win a game of rugby, a team must score more points than their opponents. Goals are scored when the ball is kicked above the crossbar and through the goalposts of the opposing team. When it happens mid-game or from a penalty kick, a goal is worth three points.

For more points, players can score a try by getting the ball into the in-goal area of the other team (behind the goalposts), and touching it to the ground. In rugby union games, five points are awarded. In rugby league games, a try is worth four points.

After scoring a try, teams have the chance to win even more points. A player can try (ha) to kick the ball through the goalposts. This ‘converts’ the try and two additional points are awarded.

To kick the ball hard, and far. “He hoofed it and the ball flew for miles!”

A player drops the ball to the floor, then kicks it as it bounces back in the air.

When a drop kick is used to score a goal. These are worth three points in rugby union but only one point in rugby league.

When a player kicks a ball on the ground through the goalposts.

In rugby you’re allowed to knock the ball-carrier to the ground by grabbing their hips or legs with your arms. Tackles are used to try to get possession of the ball, or to stop the player if they’re moving towards your goal line.

A type of tackle that basically involves tripping someone up by grabbing their feet or ankles.

If an injured player is bleeding, they can be replaced by a teammate for up to 15 minutes while they receive first-aid.

Speaking of injuries, cauliflower ear is common in rugby. The cartilage and skin in the ears can become damaged by being hit repeatedly, and ears become thick and lumpy.

For rugby newbies, a scrum looks wild. Players on both teams line up in three rows opposite each other, put their heads down and use their shoulders to push against the opposite team to gain possession of the ball, which is on the ground under them.

Rucking happens in rugby league. Once tackled and on the ground, a player releases the ball. Now nobody can touch it, but players from both teams can huddle over the ball on the floor to form a ruck. They compete for the ball by trying to push the other team backwards and away from the ball. When the ball is exposed, other players can pick it up and continue to play.

Mauls are another way to get a ball back from a player who has been tackled. A maul is a bit like a ruck, but the ball isn’t on the floor. The maul ends if the ball is dropped to the ground, or if one player untangles themselves from the others and has the ball.

A colloquial term. You might say “He’s been absolutely mauled!” if someone was badly injured.

Consecutively, or in a row. “Surely England will do well in the Six Nations; they have won eight games on the trot.”

Tags: Language learning, UK, Culture, Sports
Study English in the home of rugbyExplore
Get the latest on travel, languages and culture in the GO newsletterSign me up