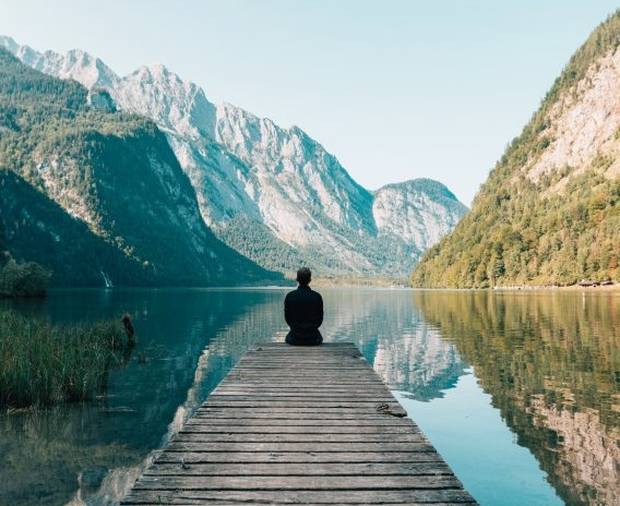 Travel is exciting, inspiring, and fun. We are lucky to live in a world where travel is easier and cheaper than ever before, and more people than ever do it — an estimated 1.18 billion people spend time abroad each year.

While a lazy beach vacation may be just what the doctor ordered once in a while, studies show that the right kind of travel — immersive, slightly challenging and longer-term — can literally rewire your brain and alter how you see the world. And it can make you a better person.

Human beings are born to be empathetic — the ability to feel another person’s pain is hardwired into our brains and serves as the foundation of all healthy relationships. But like many things in life, it requires constant practice.

Steven Pinker, a Professor of Psychology at Harvard University, has argued that the spread of mass media (including journalism and affordable fiction) in the past two centuries expanded this “circle of empathy” because it made distant lives accessible — and relatable — in a whole new way.

Yet, although we now have near-instant access to the world through our smartphones, information overload is threatening to make us too overwhelmed and too distracted to care.

Because travel forces us to “escape the insulation of our comfort zone,” as Nicholas Kristof of the New York Times put it, and to encounter new people and new situations in the real world, it strengthens our ability to empathize with a broader range of people.

And empathy is tied to travel and discovery in another way: learning a new language and becoming bilingual — particularly early in life — has been shown to increase our ability to empathize by making it normal for our brain to switch between languages, and therefore perspectives.

2. It deepens your understanding

Travel helps make the unfamiliar familiar, challenging assumptions and stereotypes that often color our view of the world.

My own experience of living in Tanzania and working with street children helped me understand both Tanzanian working culture (why consensus is essential to all decision-making, for example), as well as the resilience of these children who encounter rejection and violence every day.

This experience deepened my understanding of a culture and reality that I had only ever encountered from a distance and in passing; in a news story I browsed distractedly on my way to work, or a safari story I heard from a friend. It made Tanzanian and African culture much more relatable to me.

Encountering and understanding another — without having to accept everything they do — always seeps into a kinder and less judgmental way of interacting with the world.

Being more open to others also makes us more open to ourselves. A recent study showed that living abroad — and reflecting on your own values as you encounter unfamiliar situations and people each and every day — makes you more self-aware and less stressed. Although this study looked at living abroad, not traveling, immersive longer-term travel would likely have the same effect.

A related concept, tied to becoming more self-aware and having more exposure to different perspectives, is what psychologists call  “cognitive flexibility”, or the ability to jump between ideas. Travel keeps our minds “flexible” because it challenges our set ways of doing and seeing things. This, in turn, develops perhaps the most valuable skill of all: creativity.

4. It makes you more creative

In an age of automation and a working world that will transform beyond recognition in the decades to come, creativity will become the defining feature of those that continue to thrive. It will also be essential to solving complex global problems, and to continued innovation in business and science.

Studies conducted by Adam Galinsky, a professor at Columbia University, have shown that executives who have lived in several foreign countries — and thus gained plenty of exposure to other cultures and languages — are more creative and daring in their approach to their work.

Other studies done in the Netherlands and Singapore have shown that people who travel are better at problem-solving in unconventional ways. A 2012 study from Israel showed that people who were more close-minded towards other cultures did worse in creative tests than those who were open-minded and accepting.

If clashing opinions and pockets of close-mindedness seem to define our times, so does a certain lack of trust. While Nordic countries, including Finland, continue to enjoy high levels of trust in everything from political institutions to other people, including migrants, in many other parts of the world, trust in others has been declining for years.

Since levels of trust strongly correlate with happiness — Finland topped the World Happiness Index in 2018 while the US was ranked 18th — trust is clearly worth investing in.

Travel is a powerful trust-builder because it forces us into challenging and uncomfortable situations all the time — situations in which we have to actively engage with and trust strangers, including those from very different cultures. Study after study, in the US as well as China, have shown this to be the case.

It builds trust on a broader scale as well, or what Galinsky has called a “general faith in humanity”; a sense that we’re “all in this together” and that we have shared interests and objectives to pursue.

6. It makes you more grounded

There is one more reason to celebrate travel.

Travel is full of moments that ground us. Arriving at a new airport where you can’t read the signs and struggle to find your way is discomforting, as is trying to use your (still basic) language skills with a Parisian taxi driver who can’t quite understand how you’re pronouncing “Champs-Elysées_”_. But it also forces us to embrace the discomfort and to rise above it.

Travel is so powerful because it helps us discover the humanity in others — and to discover a better version of ourselves in the process.

Tags: Traveling, Traveling is the best education
Travel the world with usLearn more
Get the latest on travel, languages and culture in the GO newsletterSign me up