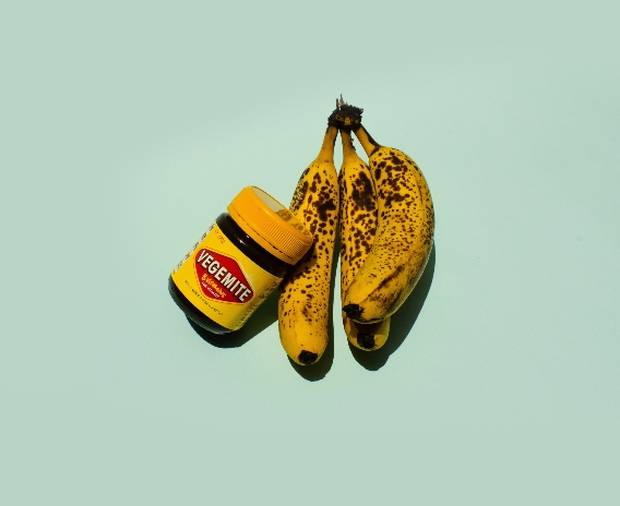 Planning a trip down under? Australia is an incredibly beautiful, laid-back, warm and vibrant country. The locals will go out of their way to make you feel welcome, and you might even be invited to a backyard barbie (barbecue) to have a chinwag (chat) and a coldie (cold beer).

One of the first things you’ll notice is Aussies love to shorten words. They’ll often cut off the last syllable and replace it with a vowel. For example: Service station – servo. Avocado – avo. Sandwich – sanga. Afternoon – arvo.

And don’t be surprised if you receive a nickname – that’s a sign of friendship! People are often called by their last names, so Sam Robertson would be called ‘Robbo’ and Alex Jones might get ‘Jonesy’.

So if you want to sound like a local, check out this list of popular Aussie slang phrases you can throw into your next conversation with an Aussie. Or at least you’ll know what they mean if you hear them!

Meaning: Maccas is short for fast food chain McDonalds. A Maccas run normally occurs the morning after a late night when someone offers to drive (not actually run) to Maccas and pick up some greasy food.

How to use it: “I’m going to do a Maccas run, want me to grab you something?”

Meaning: This phrase originated from a TV ad for Vegemite, the savory black spread that Aussies put on their toast for breakfast. And it’s now commonly used to describe someone who is very happy and content. You might also hear ‘happy as Larry’ used in the same context.

How to use it: “Look at those happy little vegemites playing in the park.”

Meaning: Trackie dacks (or just trackies) are an essential piece of clothing in Australian winters. They are soft, cozy sweatpants that you normally wear around the house.

How to use it: “I’m just going to put on my trackie dacks and chill on the couch tonight.”

Meaning: You might hear this phrase when you’re driving in the car with a mate. It simply means to perform a U-turn.

5. Fire up the barbie

Meaning: Australians love to invite friends over for a casual weekend barbecue, especially in summer. And this phrase simply means to cook a barbecue. If you’re told it’s ‘BYO’, bring your own drinks. Or if you’re asked to bring a plate, bring some snacks or a salad to be shared by everyone.

How to use it: “Do you guys want to come over on Sunday arvo and I’ll fire up the barbie? Just B-Y-O.”

Meaning: When you go out to the pub with a group of mates, everyone will normally take it in rounds to buy the drinks. So when it’s your turn, you might say ‘it’s my shout!’. You can also use it if you want to offer to pay for something for your friend, such as a coffee, lunch or movie ticket.

How to use it: “Alright, it’s my shout. What’s everyone having?”

Meaning: This sneaky phrase is used when someone tells their boss they need to take the day off work, but they aren’t really sick. It might be because they're tired or simply can’t be bothered working.

How to use it: “I’m going to chuck a sickie so we can stay an extra night down the coast.”

Meaning: A parmi (short for parmigiana and also called parma in some areas of Australia) is a chicken schnitzel covered in tomato salsa, ham and cheese, and served with chips and salad. This is an extremely popular meal in most Australian pubs. So many venues host a special Parmi and Pot night one night of the week, where the meal is sold cheaper than usual with a free pot of beer.

How to use it: “The pub down the road does a good parmi and pot night for 20 bucks on Wednesdays.”

Meaning: This expression is used to describe someone who is behaving in a silly, stupid or childish way and making a scene.

How to use it: “The kid was carrying on like a pork chop 'cos he wanted an ice cream and his mum said no.”

Meaning: While Australia does have some cute and cuddly animals, it also has a lot of nasty ones. The most annoying would have to be the mosquito (mozzie), which buzzes around on warm summer evenings leaving itchy red spots on arms and legs. Your best chance to avoid them is by covering yourself in mozzie spray.

How to use it: “Ahh the mozzies are biting. Do you have any mozzie spray?”

Tags: Language learning, Culture, Australia, Slang
Practice your slang in AustraliaStudy abroad
Get the latest on travel, languages and culture in the GO newsletterSign me up