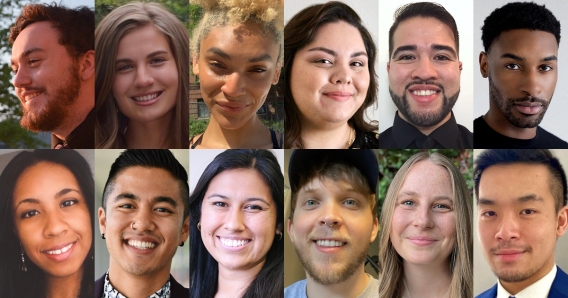 In the fourth part of this introductory series we introduce you to the staff responsible for student services at EF Academy Pasadena! 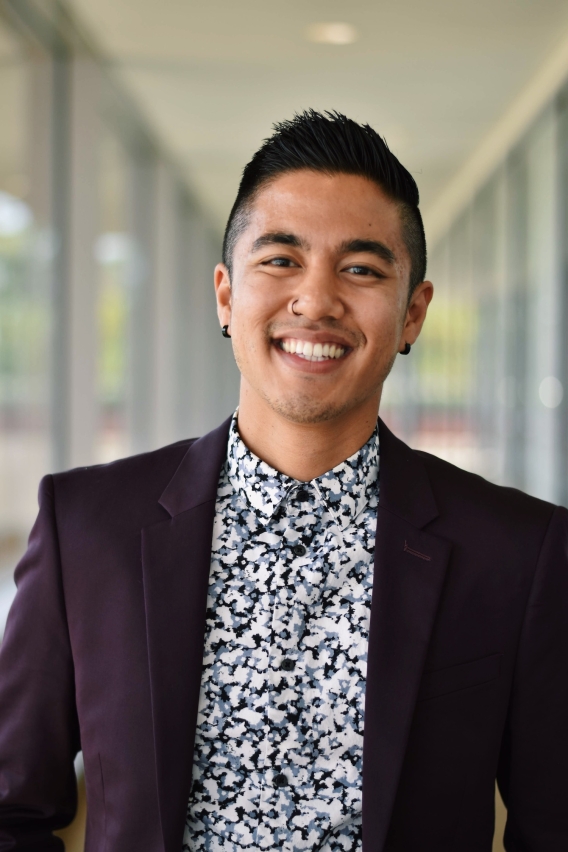 Sean Rollolazo is our Associate Dean of Students who helps creating a caring and inclusive campus community. As a West Coast-er, Mr. Rollolazo grew up in both Seattle, Washington and Kailua-Kona, Hawaii. In 2012, he earned a bachelor’s degree in Marketing at Azusa Pacific University near Pasadena; and in 2014, he earned a master’s degree in Higher Education and Student Affairs at Baylor University in Texas. In his previous role, Mr. Rollolazo was the Assistant Dean of Students for Health and Well-Being at Claremont McKenna College (also near Pasadena) and has additional experience in student success and residential life. He is a brand-new dog-dad, a textbook “foodie”, and a lover of all things music (discovering, singing, dancing). He also loves being around people, particularly students, who encourage him to be authentic and driven. 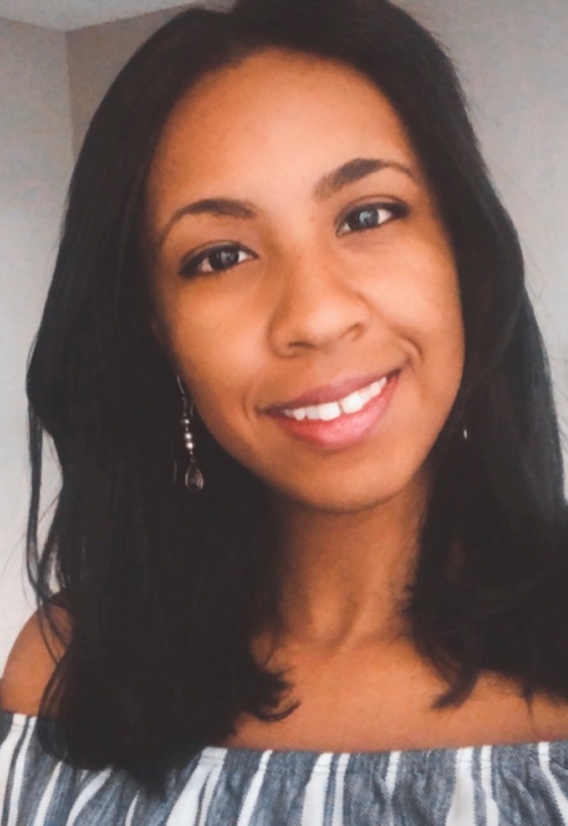 Gabryelle Harlan is our Activities Coordinator at EF Academy Pasadena. She earned a bachelor’s degree in International Security and Conflict Resolution at San Diego State University. For eight years, she has worked with students from around the world: From ESL classes to residential life and planning activities. In her free time, she likes to take Pilates classes, throw pottery, watch international tv shows and try new desserts from different cultures! 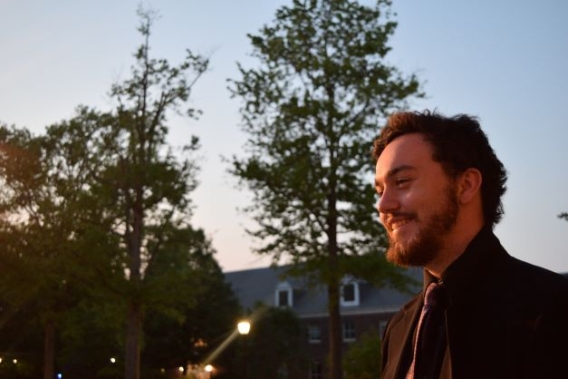 Quinn Lemmon first started working in housing and res life his sophomore year of college when he became a Residential Assistant and continued that path until he graduated with a political science degree in 2019. After college, Mr. Lemmon embraced his love of the outdoors and became an outdoor educator at a facility that ran a residential program. After the pandemic hit, Mr. Lemmon went on to be a special education teacher for his local school system as well as continuing his outdoor education career in the summers. Mr. Lemmon has many, many hobbies and is always looking for more! These hobbies include (but are not limited to) glass blowing, fencing, kombucha brewing, hiking (or anything outdoors), baking, playing D&D/Magic the gathering or any board games, playing video games, or relaxing with a good book/T.V. show. If you have a hobby that you want to do with someone else, Mr. Lemmon is always more than happy to try something new to add to his ever growing rolodex of interests. 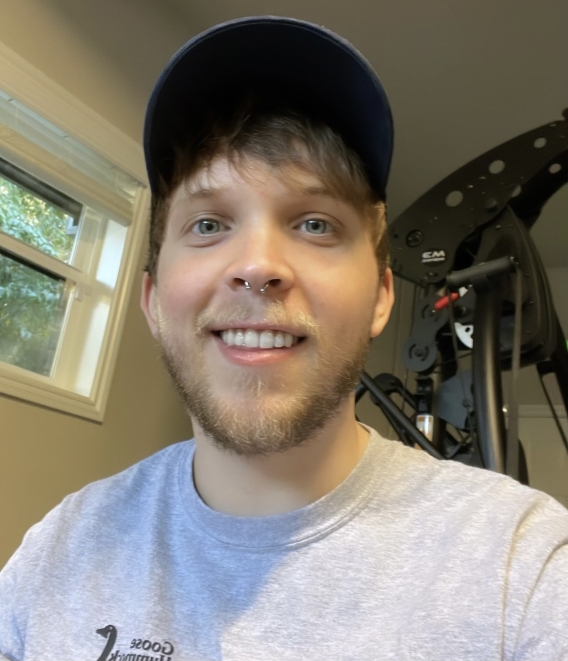 Rain Baker earned a BA in Anthropology from American University and aspires to go back to university to pursue a master’s degree in Counseling. Rain is originally from Putnam County, New York and has worked at both EF Academy New York and the former Washington, D.C. campus in the Residential Life department. At EF Academy Pasadena, Rain is a part of the founding staff as a House Parent. Rain’s hobbies include writing, hiking, yoga, exercising, singing, gardening and photography. Fun facts about Rain: Rain is a twin, an Eagle Scout, and voted the high school superlative: “Always a Friend.” 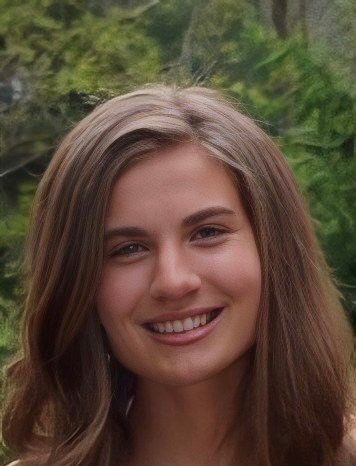 Emma Wray is from Lynchburg, Virginia and graduated in 2020 with a BA in International Studies. Ms. Wray has previously worked as a Resident Advisor at EF New York, where she developed activities and programs for students. She enjoys traveling, exploring nature and cities, and art. Ms. Wray looks forward to supporting students on their individual journeys to success in her role as House Parent. 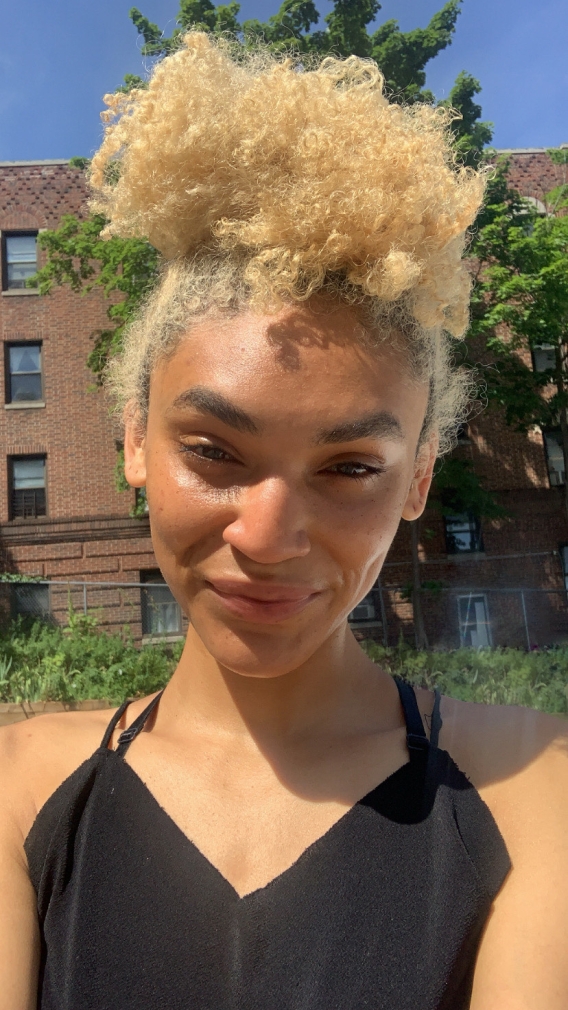 Ms. Mckinley first became a Residential Assistant in upstate Tarrytown, New York for EF International Language Campus. There, she fell in love with the position and responsibilities of being a leader for foreign students. Working closely with students of all ages from fun activities to problem solving, Ms. Mckinley grew to become a motivator and mentor. Born and raised in San Diego, she returned to Southern California to offer her skills and grow with the new EF Academy campus in Pasadena. Some of her hobbies include cooking, writing, reading, painting, traveling, and basically any activity where she can express herself and learn more about the world. She has also been involved in the Fashion Industry for over five years styling shoots and modeling for brands in the LA county! 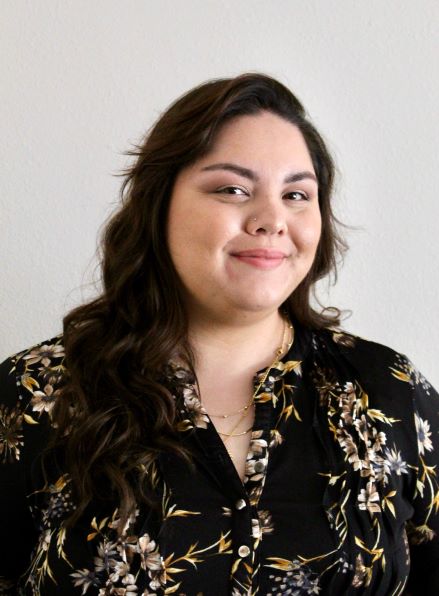 Danielle Williams is a California native. In 2018, she earned a bachelor’s degree in English Education from California State University Dominguez Hills and intends to go back to university to pursue a master’s degree in Counseling. Before joining EF Academy, Ms. Williams was a full-time nanny to two young children and also worked as a CareDriver for HopSkipDrive, which provides reliable and safe transportation to school-aged children. She appreciates that her role at EF Academy gives her a unique opportunity to make a difference in the lives of our Pasadena students. Her hobbies include painting, reading, listening to her vinyl collection, being outdoors, and watching historical dramas. She loves traveling and being around her friends and large extended family. 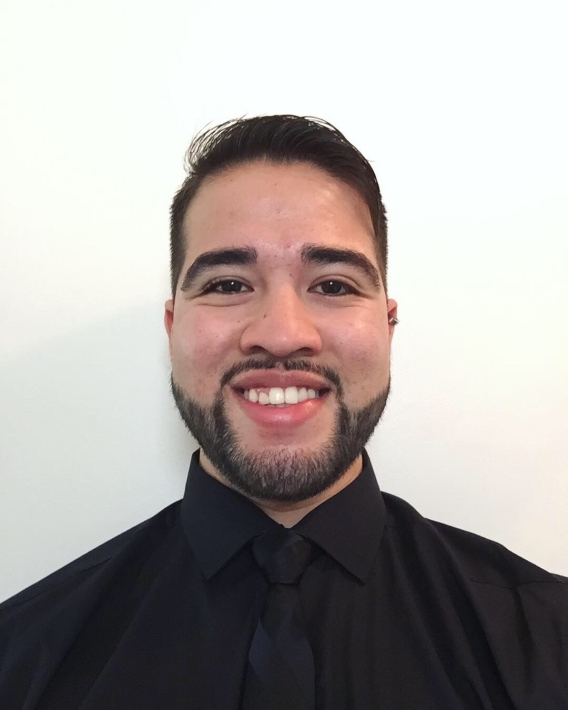 Aaron Leialoha Lopez has been involved in educational settings since he was a high school student working as a tutor with elementary students. As an educator, mentor, coordinator, volunteer, and among many other titles, Mr. Lopez feel fortunate to have worked with multiple students of all ages and all over the world because it has exposed him to new ideas and concepts that have helped him to appreciate everything and everyone around him. Moreover, Mr. Lopez also loves learning and exploring beyond the classroom, especially cultural exchanges to offer and gain alternative ways of thinking or perceiving the world. Other activities that he is passionate about are reading, traveling, movies, working out, playing sports, having spontaneous adventures with his friends, EATING (as long as it’s not spicy of course), and many more… 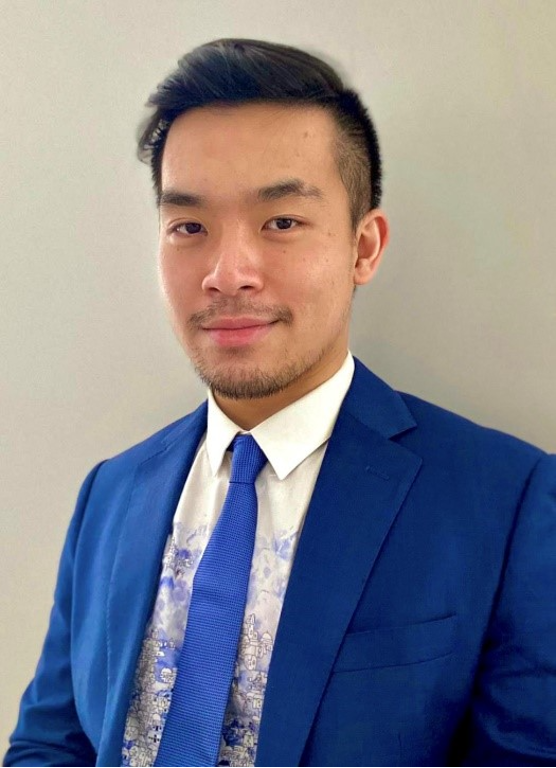 Emeir Sulaiman (he/him/his) is an alumnus from the EF Academy New York class of 2015. After completing his undergraduate in Public Health Education from SUNY Brockport in 2019, Emeir returned to EF Academy New York as a Resident Advisor and Academic Advisor. His involvement at EF Academy ranged from hosting two campus-wide health education events (Mental Health andAlcohol & Drugs Awareness) to co-coaching the Men’s Varsity Basketball team which won the WIAA 2020 Championship. Recently receiving his Master’s in Public Health at the University at Albany, NY, his experience focused on patient safety/quality and program evaluation of hospitals’ services within the pediatrics department and the minimally invasive surgical center. On his off time, you can find Emeir kayaking, cooking, cycling, or taking his three cats on a walk. 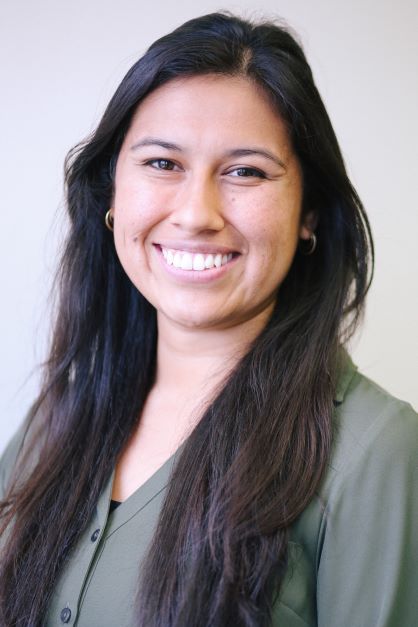 Natalie Gonzalez grew up in a small town bordering the Sierra Nevada mountain range and has been living in Pasadena for the last 10 years. After receiving a BA in Biology from Occidental College, Ms. Gonzalez went on to obtain a Bachelor’s in nursing from Cal State LA to become a registered nurse. She worked in the pediatric intensive care unit at Children’s Hospital Los Angeles for two years. She is very excited to now be joining the EF Academy as a school nurse and looks forward to focusing her energy on the health and well-being of the students. Ms. Gonzalez enjoys spending her free time engaging in community-building activities, spending time with friends, and relaxing with her husband and pug. 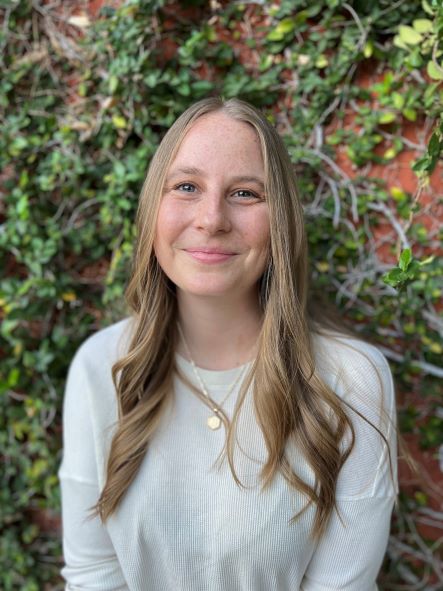 Nikki Pedersen is a licensed Marriage and Family Therapist who has dedicated her career to the passionate pursuit of mental health awareness and improvement, focusing specifically on children and adolescents. Ms. Pedersen uncovered her passion while studying psychology during her undergrad schooling in San Diego, California and continued her pursuit by earning her Master’s Degree in Marriage and Family Therapy at Fuller Theological Seminary, just down the road from EF Academy’s new campus in Pasadena. Before joining the EF Academy team, Ms. Pedersen worked with youth who are struggling with severe mental health issues, and their families, in underprivileged communities of LA County. Ms. Pedersen’s passion for child psychology, therapy, and healthy development has only grown throughout her career, and she couldn’t be more excited to bring that perspective here to support the students of EF Academy. Outside of work, she enjoys cooking, spending time with family and friends, traveling, and putting together the odd puzzle. 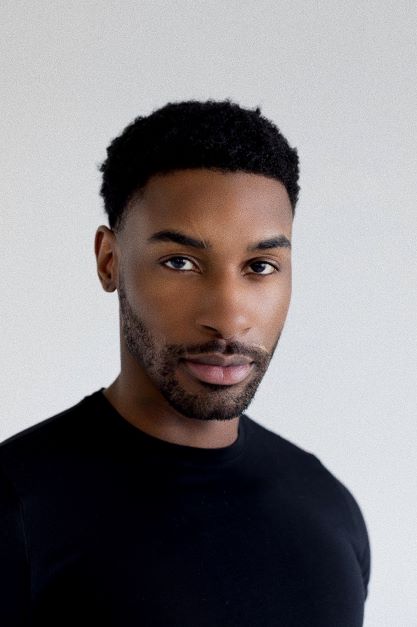 Marc Barnes is from the hospitality state, Mississippi. He studied general studies at the University of Mississippi. After, Mr. Barnes did a tour in Iraq with the military in 2019-2020, making him an army veteran. Currently, he is active in the National Guard). When he’s not working, Mr. Barnes is more than likely to be working on a business venture of his own. On the weekends, if he does not have drill for the military, he likes to binge tv shows like Game of Thrones or anything good on Netflix as a proud homebody. A goal of Mr. Barnes is to one day be a mathematics instructor and/or a track & field coach (with focus in hurdles). Child development is one of his passions. So, to have this opportunity to be a part of the later stages of a child’s development before adulthood gives Mr. Barnes hope that he is on the right path to achieving his goals.