These 5 industries make California the most inspiring place to study 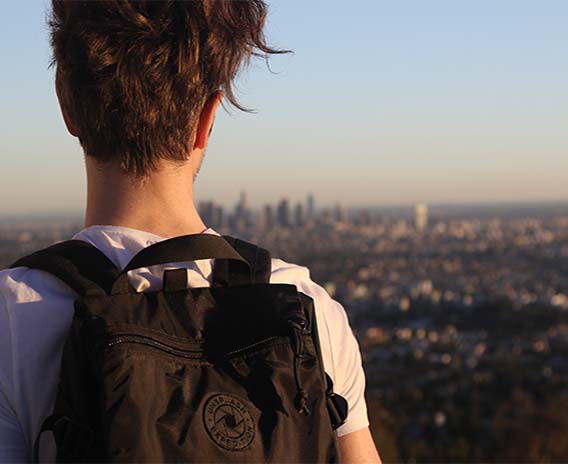 It’s no secret that California is a hub of creativity and innovation. With the largest economy and some of the fastest-growing industries in the United States, its population grows each year with thousands of students wanting to get involved. These students are dedicated, ambitious types with big ideas looking for a place to be inspired and challenged. Unlike some destinations which cater to specific students, California has something for everyone.

Here are just five of the many industries that make this state the place to be.

The science industry in California is booming. With cutting edge research being conducted continuously, organizations such as the California Life Sciences Institute are at the forefront of innovation. With work like this to aspire to, students have no problem visualizing their goals and working towards them. More practically, there’s also a ton of great places to visit and learn from. Whether you’re interested in the physics of light, the environment, meteorology or human behavior, The Exploratorium in San Francisco is an asset to any young scientist.

Silicon Valley is famous for a reason – situated in the San Francisco Bay area, it’s home to the headquarters of more than 30 Fortune 1000 businesses and some of the largest tech companies in the world. But if that’s not enough? California is also home to three of the top five US universities for Engineering. Stanford University, University of California – Berkeley, and The California Institute of Technology regularly hold events and lectures which are open for students to attend.

If you’re interested in film, what better place to study than California, home to Hollywood, the nerve center for the US film industry. The US produces the largest number of films of any single-language national cinema, with more than 700 English-language films released on average every year. A giant proportion of these come out of Hollywood alone, making California a magical destination for aspiring student filmmakers.

Aspiring athletes need to look no further for their ideal student campus. California is known for its fast-paced health, fitness and lifestyle industries. With nineteen resident major league teams and a whole range of other sports available, this is the ideal place to stay active. Train for top-tier baseball, soccer or hockey teams, or stay in shape with surfing, yoga or skateboarding. California is also known for its massive complex of forests which are ideal for running or hiking through on the weekends.

There are currently three million small businesses operating in California, not to mention resident giants such as Apple, Intel, Disney, Gap, and Facebook. Students in California benefit not only from observing and interacting with successful businesses, but they’re also ideally placed to start thinking up their own business ideas. Better still, they’re close by to Stanford University, one of the top business schools in the world.

Already feeling inspired? Located in the heart of Southern California, EF Academy’s new campus in Pasadena offers students the opportunity to benefit from a stimulating learning environment both in and outside of the classroom.