Economics in Action at the University of Warwick 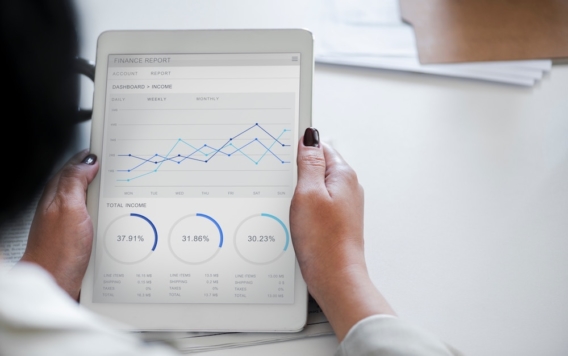 In November, all of EF Academy Oxford’s economics students went to attend lectures at the University of Warwick.

The talks were targeted at university students who were better informed and had a deeper understanding of economics, so I wasn’t sure how much I could understand in the lectures that day but I was looking forward to the opportunity.

To my surprise, I found myself understanding quite a bit of what was shared. We were in contact with different aspects of economics that we’d previously studied in our syllabus.

What I found interesting was how they analyzed and applied all that we had learned in economics to real-life examples such as the impact of Uber at a micro and macroeconomic level. We learned how asymmetric information has an impact on second-hand cars, those in a good condition and sold at a reasonable price and those sold for more than they’re worth because of a lack of information.

What I personally found most interesting was David Birch’s talk about open banking. A problem that the UK is currently facing is that the UK is in the process of adapting something called “open banking”. This is the introduction of new API’s, which are programs that allow the intervention of third parties during the transactions using credit to facilitate the trading for households. During the talk, he described the possible impact this could have on the economy from a possible increase in monopolistic and oligopoly power in the technology industry to asymmetric information trade between the government and private firms.

The talk wasn’t purely focused on the well-being and different functions of the economy. It also talked about the psychological aspect of consumer behavior, and how innate comparison function within human brain effects consumer’s decision making.

Without comparison, we cannot actually understand the meaning of 24 kg or 30cm, and it also applies to how we make decisions in our daily life. When we walk into Starbucks, a£3 tea doesn’t seem to be too expensive. However, if we go to the supermarket we can buy exactly the same tea bag for 5p or even less.

Then why people still willing to go to Starbucks and paying for all of this expensive tea and coffee? As what I have mentioned before, our brain likes to compare things. In Starbucks, every drink is around £2 to £4 and therefore it’s a rationale for your brain to think £3 is actually not too expensive.

However, if I open a small coffee shop beside Starbucks and charge £1 for each coffee, then some of the consumers would start to think Starbucks is too expensive for a coffee, and this is because I offer customers another source of information that allows their brain to compare the price between £1 and £3. To summarize, I think this event was surprisingly useful and interesting. In the beginning, I thought the discussions would be too far away from where my understanding is right now. However, I found plenty of very useful examples.

The Uber market was a perfect example of how the knowledge in our economics syllabus can actually be applied within the real world, the idea of open banking was a great illustration of how important it is to adapt to change in the future, and the concept of comparison helped us understand fundamental human behavior in terms of decision making. Overall, this was a great experience and I am glad I had such a wonderful opportunity to hear these talks.