Mathematical riddles can be difficult, but they keep us safe 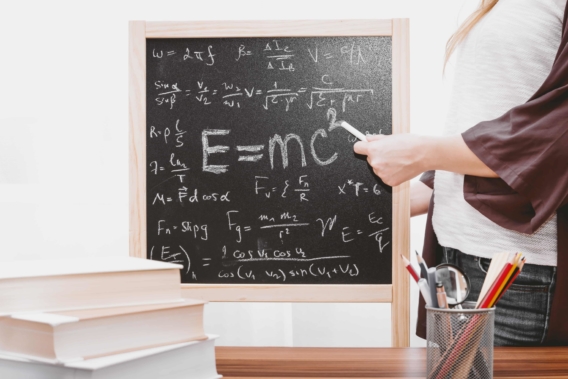 As usual in our Tuesday assembly at EF Academy Oxford, a student presents a topic they are really passionate about, which is also part of their studies. Last Tuesday I did a presentation about the odd field of Mathematics known as Number Theory. This is probably one of the oldest areas of Maths, having already been developed during the Babylonian era around 1800 BC. Theories about number theory deal with integers (whole numbers), their connections, and the way they behave. There are plenty of fantastic ideas behind them, but two are really worth discussing.

The first one regards the magic field of prime numbers. They are all those integers divisible only by two numbers. An easy example is 2 which can be divided only by 1 and 2.

At this stage, you might be asking what a potential application of these particular numbers is. The answer is encryption. Any digital data is encrypted to be kept safe and prevent others from reading personal information, such as credit cards numbers while purchasing online. The system is based on a large key created by two primes: the process is slightly complicated, but it primarily consists in factorising (expressing as a product of primes) a huge (millions of digits) number created by the multiplication of two huge prime numbers.

At this point, some of the most appealing and unsolved questions in Mathematics arise: how can I spot prime numbers quickly? Is there any pattern among them?

If there was, the whole encrypting system currently used would collapse and there would be no information security anymore.

The other theorem I would like to show is “Fermat’s Last Theorem”. It was conjectured by the French mathematician Pierre de Fermat in the seventeenth century, and it has been unsolved for more than 350 years. What Fermat said was that a^n + b^n = c^n has no solution for any n equal or greater than 3. For instance, picking any three integers a, b and c, is it possible to create an equality such that a^3 + b^3 = c^3? His answer was no, and he also added mysteriously that “I have discovered a truly marvellous proof of this, which this margin is too narrow to contain”.

This problem made some of the most brilliant mathematicians struggle, and this is also why many just gave up, and the problem was just left in a folder of unsolved problems while others were prioritised. In was 1995 when the Cantabrigian mathematician Andrew Wiles proved it. It took him over 7 years of private study and work to come up with one of the most brilliant ideas of the whole mathematical community. Its proof was tremendously complicated since it involved ideas from the neo and advanced fields of elliptic curves. Practically what Prof. Wiles did was to prove a conjecture from two Japanese mathematicians about the roots of elliptic curves, then to use it to prove the absence of roots for the equation mentioned above.