10 things you should know before moving to Barcelona 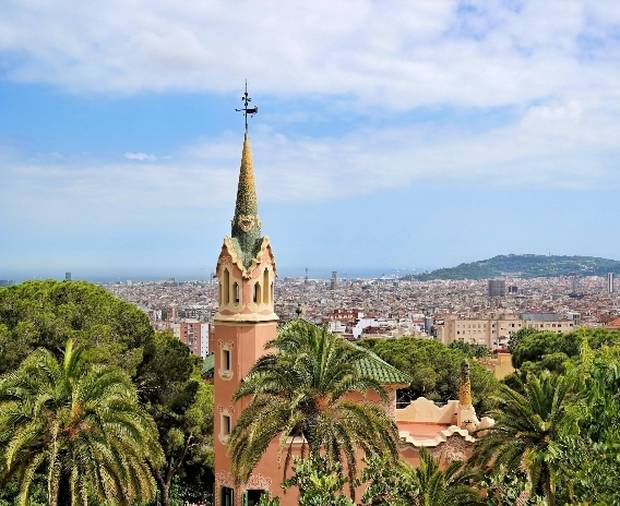 Hemmed in by sea and mountains and full of unforgettable neighborhoods and surprising corners, Barcelona is a beacon for study abroad students and expats. A sunny holiday destination in many people’s minds, Barcelona life does, however, include the daily ins and outs, as any city does.

Moving to Barcelona and want to be prepared for your new routines? Here are 10 things you should know before you start your adventure.

While you will get by just speaking Spanish, as you start to integrate with the locals you’ll find they naturally fall back to their first language of Catalan (which is totally understandable). The good news? If you have experience with French or Spanish you’ll find Catalan a snap to pick up.

Barcelona is easy to navigate, largely thanks to its grid layout, like in the sizable Eixample neighborhood. To get around, you’ll be picking up a mix of services including buses, trolleys, and the subway system, featuring 12-lines and over 100 stops.

Bicing, the city’s bike-sharing system is also affordable and easy to use. On the other hand, if you decide to purchase your own bike, make it a nondescript model and get a good lock: bike theft is sadly common in Barcelona.

Staying for more than 90 days? You’ll need a NIE (número de identificación de extranjero) to open a bank account, enter into a work contract, purchase a car, and more. While the NIE can be a hassle to arrange in Barcelona, you can apply for yours at the Spanish Embassy in your own city.

Another must-organize piece of paperwork is your empadronamiento (registration with your local municipality) to enter the public health system. In short: a little bit of research will go a long way before arrival!

Due to supply and demand, the effects of the tourist boom as epitomized through Airbnb, and the presence of up and coming professionals moving to Spain to work in major corporations, housing in Barcelona has become decidedly more expensive.

Most young people choose to share apartments with friends to keep costs down, which is also a great way to make friends in a new city. Sublet or sub-sublet arrangements are also not uncommon – just be aware that these can offer little or no legal recourse against eviction.

Get an advantage over other expats by knowing early on that Barça is not short for “Barcelona”. Nope, it’s short for their famous football team. The city does have a shortened version though, which is Barna.

Depending on where you come from, it will take a little getting used to the Barcelona timetable. With dinner at 10pm and nights out not starting until after 1am, your mind and body will need to adjust. Though, once they do you’ll find it difficult to go back to eating as early as you once did!

Study abroad students adore Barcelona. As a result there are (literally) folks from all over the world there holding language exchanges in cozy coffee shops and bars, and meetups for all interests that are quickly arranged over Couchsurfing and Facebook groups. Want to practice your Catalan or Spanish? Grab a “tandem” language exchange partner, and swap conversation.

On the other hand, being such an attractive option for young expats does mean that not everyone stays for the long haul. As with any study or live abroad experience, strengthen the friendships you make while in the city, and be prepared for long distance friendships. But don’t forget, there are always new fellow expats (as well as locals!) to befriend.

Barcelona is never not a major attraction in Western Europe – heck in the continent as a whole. After being in Barcelona for some time you’ll start to distance yourself a little from the guiris (tourists). Especially in summer, Barcelona will seem super crowded despite its perfect size. Want to hop off the tourist trails? Ask the locals for advice, and maybe swerve Las Ramblas.

On Sundays, locals are often off having long lunches with their families. Unless you marry into a local family you may find that even after living in Barcelona for a while and having a few Catalan friends, that you’ve never been invited back to their homes.

Don’t worry. It’s not really a cultural norm to have friends over, even for dinner or to celebrate. What you will be doing plenty of, however, is seeing those same friends outside: at the park, going for a stroll, shopping, and at restaurants and cafes.

Tags: Travel tips, Student life, Barcelona, Spain, Spanish
Study Spanish in BarcelonaExplore
Get the latest on travel, languages and culture in the GO newsletterSign me up