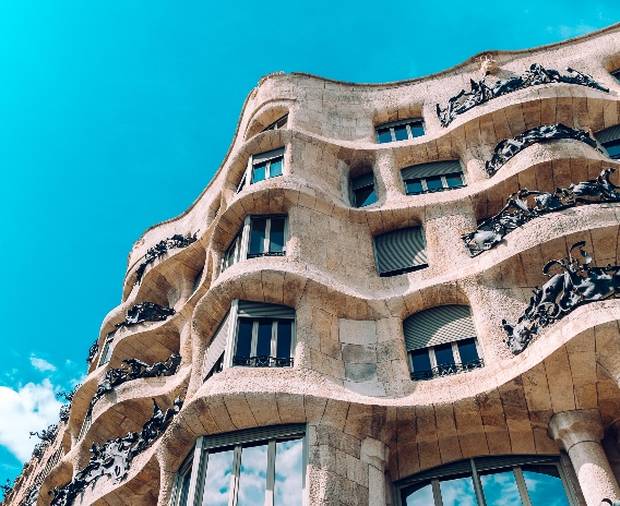 Hands up whose heart beats for Barcelona (or will, once they get there). On this magic Earth of ours there are cities that have “that little something” and Barcelona is firmly and squarely in that group. We never tire of this Catalan city. Here are 10 reasons why you’ll love Barcelona as much as we do.

Lapped by the Mediterranean with mountains just a quick drive away, time spent in Barcelona is punctuated by trips to both beach and slopes. Try the peaks of Montserrat in the Catalan Pre-Coastal Range or the shores of Cadaqués for an Instagrammable day trip.

“I’m so bored of exploring Barcelona’s gothic zone,” said no one, ever. Treat your eyes to an afternoon wandering around the Barri Gòtic, following your instincts through intertwining streets that open up unexpectedly into plazas or invite you to pop into hidden stores. This is also where the city’s super impressive cathedral is, which originally started construction in 1298.

The historical and the edgy hold hands perfectly in Barcelona, though nothing quite encapsulates this like the city’s street art. Emblazoned onto doors, walls, and secret corners, the city’s street art explodes into colorful, emotive stories when you least expect it. Search for your favorite piece in the Gothic, Poblenou, or El Raval neighborhoods.

Speaking of neighborhoods, each and every one of Barcelona’s deserves a standing ovation. They are enchanting, colorful, gritty, noisy, delicious, elegant, and everything in between. There’s spunk and character in El Raval, grand avenues and beautiful architecture in Eixample, boho vibrancy in Gràcia, and an impressive recent “superblock” transformation of industrial Poblenou to a carfree powerhouse for design and tech companies – to name but four of the city’s over 70 distinct barris.

The Plaza de Toros Monumental, Catalonia’s last in operation, was closed in 2014 and currently houses a museum of bullfighting. However, that’s not its only function. The Art Nouveau ring is used as a stop on the casual evening entertainment circuit, hosting food trucks and live music events. Fun fact: During the decades la Monumental hosted The Beatles, Dire Straits, Tina Turner, Bob Marley, and The Rolling Stones.

The 19th Century visionary Antoni Gaudí is very much alive in Barcelona today with a legacy that remains all the more fascinating given his untimely death almost a hundred years ago. His masterpiece, the Sagrada Familia, is famously still under construction and scheduled for completion in 2026. Continue your Gaudí tour visiting Casa Battló, Casa Milá, Casa Vicens, Parc Güell, Palau Güell, and the “trencadís” style mosaic benches of boulevard Passeig de Gracia.

You can’t not love Barcelona’s soccer team. One of the best in the world, football culture really does come to life in Barcelona, especially when a major game against Madrid is scheduled. Visit Camp Nou to see the barça play the other biggies in the European leagues. You know whose side you’re on, right?

Forget sangria and tapas. Sure, there are plenty of those in Barcelona, but there are so many other Catalan dishes to try first! Go for calçcots (a particular type of spring onion, char-grilled and dipped in special sauce), escudella (a meat and vegetable stew), botifarra amb mongetes (pork sausage served with white beans), esqueixada (salted cod salad), and the perfect simplicity of pa amb tomàquet (bread rubbed with fresh tomatoes and garlic, then dressed with olive oil and salt).

Catalan traditions are nothing if not unique. Think castellers which are (literally) human towers constructed by a group of people who form them by climbing up and over each other to get to the top. Combine those with the correfocs fire runs, in which people dressed as devils run down main streets to the beat of drums, whirling fireworks held at the end of pitchforks, and you’ve got a recipe for unforgettable festivals.

April 23rd is a memorable day in Catalonia, where couples gift each other books and roses on Sant Jordi, the city’s patron saint’s day celebrated on April 23rd. Its origins are a bit of a mixed bag of different holidays, but with receiving books as a result of it, we’re definitely grateful for the day!