Tourist undercover – how to blend in in Barcelona 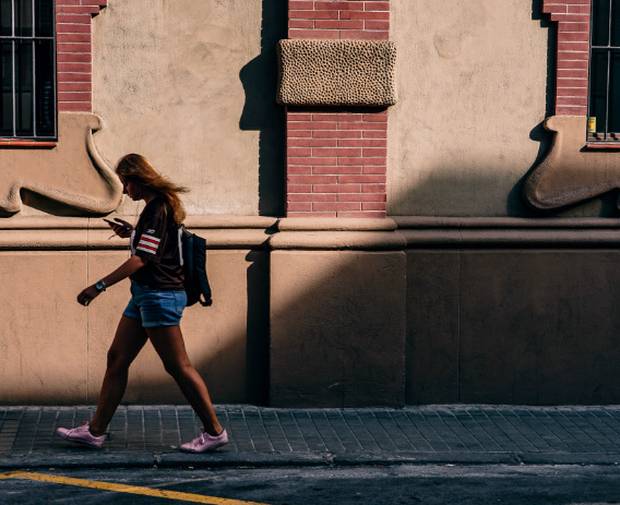 With breathtaking architecture, fantastic gastronomy, and the world’s best soccer team, Barcelona has become a beachside culture hub. It also ranks as the 20th most visited city in the world. But, with a city built to accommodate its 1.6 million residents and an estimated 32 million visitors annually, traveling (and living) in Barcelona is very different, and sometimes more difficult, than it used to be.

As a Barcelona resident myself, here are my top six tips for avoiding the lines, skipping the crowds, and being a conscientious traveler during your stay.

1. Learn Spanish (and some Catalan)

Making the effort to learn the language of the country or region you’re visiting will never go unnoticed, especially in Spain, where English is not widely spoken. Castillian Spanish is Spain’s official language and spoken throughout the country, but it is definitely not Spain’s only language. Different regions of Spain have alternative co-official languages: Basque, Galician, and Catalan (the native language of Barcelona), among others, are also widely spoken and contribute to the country’s rich cultural diversity.

Pro tip: While Spanish is spoken nearly everywhere in Barcelona, if you really want to impress the locals, try throwing out some phrases in the region’s mother tongue, Catalan. Here are some basic words you can try:

There are two major things to take into account: timing of your meals and price. When it comes to time, the acceptable lunch time is from 1:30-4 pm. Dinner is served starting at 8 pm.

As for price and location, take a map of the city, draw a circle around the center (including La Rambla, Port Vell and Plaça Catalunya). Now, everything inside the circle is off limits and too expensive.

Pro tip: Try going to local places that have a “Menú del dia” or Menu of the day, which usually includes two main courses, dessert, and drink for a pretty low price.

Asking “where can I see a bull show?” is the number one tourist mistake. With a minimal amount of research, you would discover that bull shows have been forbidden in Barcelona for quite a few years already. Also, flamenco and sevillanas are not particular from Catalonia. Want more info? The BBC has put together this short and basic history of the Catalonia region.

Pro tip: Going to Barcelona is the perfect occasion to witness “castells”, incredible human tower formations, or to dance “sardanes”, our national dance. If the weather is good, you can see and join traditional dances during early evenings (6-6:30 pm) at Plaça Sant Jaume, on Sundays, or at the Barcelona Cathedral on Saturdays. The Barcelona Tourism website has some good information on when and where to join in.

4. Get a local’s perspective

Here’s the short and skinny: With more cruise ships docking in Barcelona’s ports, cheap flights, and a booming home-sharing industry, the number of visitors to the city increased 25% from 2012, and some resident groups blame the rising flow of tourists for increased rental costs, food costs, and reduced quality of life.

Pro tip: Spaniards/Catalans are friendly and easy to approach. Don’t be shy – start a conversation about the topic. Chances are you will gain a new perspective and, who knows, maybe even a friend in the city!

I’ve lived for over 20 years in Barcelona and never swam at any of the city beaches. Yes, I do love the sea, but all Barcelona citizens know it’s the spot to avoid. Why? It’s not the cleanest and is almost always packed.

But, if you travel just 20-40 minutes away from those main beaches, you will find beautiful, and nearly-deserted beaches. Also, make sure you set aside some time for the “xiringuito,” the beach bar where you can get cheap drinks and food.

6. Barcelona is best seen by foot or bike

Even if Barcelona has a great public transportation system, with subway, tram, trains, buses, etc., it’s sometimes not the smartest option. It can be overly crowded and hot. Luckily, Barcelona is a very walkable city and the architecture makes it a wonderful experience.

Pro tip: If walking is too much, try biking. The city has great bike infrastructure and offers lots of bike rentals.

Tags: Travel tips, Barcelona, Beach
Explore Barcelona while you learn the language.Learn more
Get the latest on travel, languages and culture in the GO newsletterSign me up