How much does it cost to study at a university abroad? Here’s the lowdown. 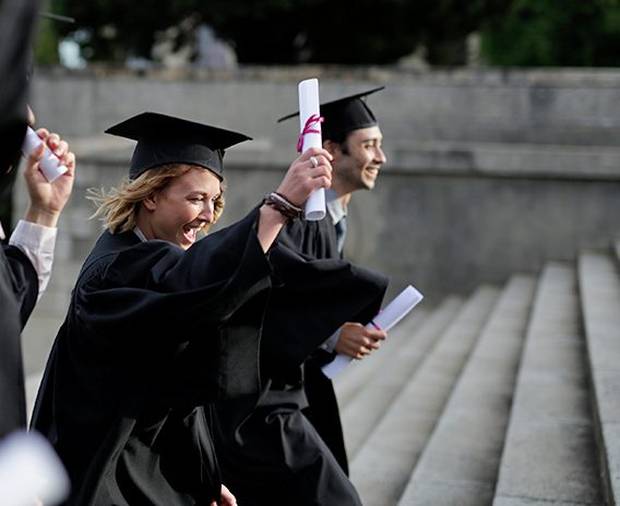 Studying abroad is a major, life-changing experience that gives you the opportunity to develop new skills and expand your horizons. It’s a stepping stone for a more international future both privately and professionally. But it’s also a major decision that requires a lot of research and preparation – including getting your English skills up to scratch – and often careful budgeting.

To help you decide which Anglophone country is right for you and your budget, we’ve outlined the costs for undergraduate study in three of the most popular study abroad destinations for international students: Australia, the US, and the UK. Please note that these costs are for undergraduate courses only and in the case of the UK, for international students. At the time of writing, UK/EU students still paid significantly lower fees for undergraduate degrees in the UK. All amounts are given in United States Dollars (USD) and offer ranges only (exact costs may vary).

Australia has long been a popular destination for international students due to its prestigious universities, high quality of life and beautiful scenery. Australia also draws in many students as it is slightly cheaper than the US, for example.

The Australian Department of Home Affairs recommends at least USD 14,000 per year for living costs. This excludes any additional costs associated with studying there, including your student visa, Overseas Student Health Cover and travel between Australia and your home country. In bigger cities like Sydney, Melbourne, and Brisbane, rent will make up the lion’s share of your living costs: According to research done by ICEF Monitor, Australia has the highest average rent costs in the world, about USD 255 per week in 2017.

The US has always been a top destination for studying abroad, thanks to prestigious Ivy League universities like Harvard and Yale, as well as the rigor and balance of the academic experience they offer. This has led to the number of international students in the US increasing over the decade. The US is certainly the most expensive of these three top study abroad destinations, but the number of opportunities available may well help you to fulfill your ‘American dream’ and thus be worth the cost.

Columbia University in New York and the University of Pennsylvania in Philadelphia have some of the highest tuition fees with a year costing USD 56k and USD 53k respectively. Harvard University in Cambridge comes close with tuition fees reaching USD 46k, as does UCLA in Los Angeles.

It’s important to note that seven US universities offer needs-blind admission to international students – including Harvard, Princeton and Yale – which means that they will meet all demonstrated financial need to make your education affordable, regardless of your background. It’s important to plan your finances carefully if you wish to study in the US, and looking at potential scholarships and financial aid is an essential part of that.

In terms of living costs and rent, the three most expensive cities to live in the US are Boston, New York, and Los Angeles, with the average rent cost in Boston being USD 464 per week, according to research done by ICEF Monitor. While the average living costs per year in New York, Boston or Los Angeles will be about USD 20-22k, studying in Michigan or Philadelphia would save you a fair bit with an average budget of about USD 15k a year.

The UK boasts some of the world’s top universities – including Oxford and Cambridge – and a rich culture and history that makes it an appealing destination for international students.

Tuition fees for international students at the undergraduate level are generally around USD 25k per year. At Oxford University and the University of Edinburgh tuition fees range between USD 20-41k depending on the subject (science subjects are usually more expensive), while the London School of Economics costs around USD 24k a year across subjects.

Cities in the north tend to be much cheaper to live in than in the south, with London being the most expensive city in the UK. Edinburgh and Newcastle offer good value for money living cost-wise, while Bristol and Oxford are only slightly cheaper than London. This is important to keep in mind when deciding where to study and how to budget for it.

Tags: UK, Study abroad, US, Australia, University
Get your English up to scratch before going to study abroadLearn more
Get the latest on travel, languages and culture in the GO newsletterSign me up