Football facts: 7 things you must know about Spain 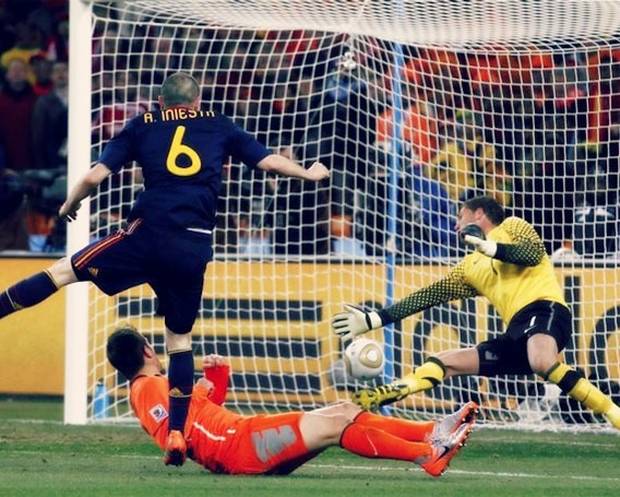 Spain, the country where football is a religion. The Spanish team is among the best in the world and comes with big stars and lots of potential, no matter the tournament. Here’s a quick recap of the players, vocab and traditions that make the team (and country!) tick.

The Spanish national team is full of stars and it’s not easy to choose the best ones. Even the guys on the bench are great players from teams like Real Madrid or Barcelona.

Tiki-taka is the Spanish team’s distinctive style of playing, characterized by short passes, maintaining possession, and working the ball through various channels. Many believe this to be the key to their phenomenal success in recent years.

Julen Lopetegui played for Real Madrid and Barcelona during the 90’s as a goalkeeper and represented Spain in the 1994 World Cup. Since becoming a coach in 2003, he’s coached Spain’s under 18’s and under 21’s and led them to several titles. He has been in charge of the Spanish National Team since 2016, after their slightly disappointing result in the last Euro, when they went down against Italy.

Spanish is, after Mandarin Chinese, the most spoken language in the world and a lot of players speak Spanish as their mother tongue, so here’s your low-down of the most common football terms en Español.

For important games, official sponsors and city councils usually place giant screens in city centers so that people can watch and support La Roja (The Red One as the Spanish team is called) together. Usually, hundreds of thousands of people will gather around the Santiago Bernabéu (Real Madrid’s stadium) where several giant screens are placed. Known as Fan Park, the area has been known to host  half a million fans!

“¡Que viva España!” (It means: “Long live Spain!”) – This song is sung in support of the team, as well as when the team is winning and playing really well. It’s based on a song by the artist Manolo Escobar.

7. And celebrate with the “red tide”

Whenever the Spanish national team wins, Spanish people run to the streets to celebrate: In Madrid, people go to fountains like Cibeles (for Real Madrid victories) or Neptuno (for Atlético de Madrid victories). In Barcelona, the Red Tide (an affectionate name for red-clad Spanish fans) heads to the Canaletas Fountain. If Spain wins again, you can be sure that the team will once again hit the streets on a bus, celebrating together with the Red Tide and thanking them for their support!

Tags: Language learning, Slang, Sports, Football
Experience the Spanish culture beyond footballLearn More
Get the latest on travel, languages and culture in the GO newsletterSign me up