10 best places to study in Europe 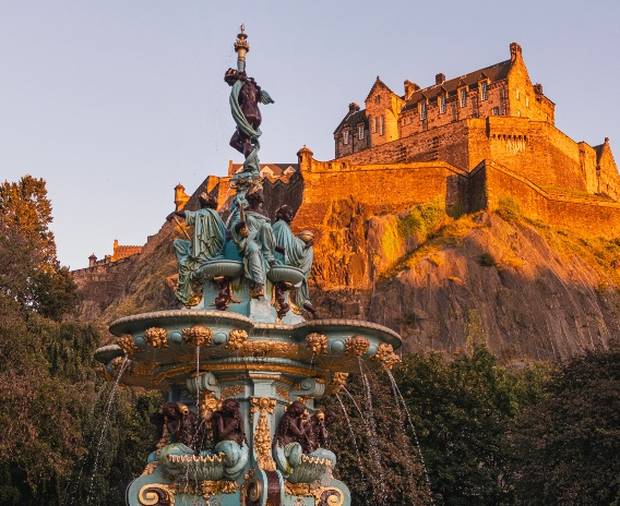 Deciding where to study can be one of life’s most difficult decisions and it’s also one of the most important. Thinking about where you want to settle down for at least three years is daunting: Will you like it? Is it expensive? Does it have a McDonald’s? To help you decide, we’re here to share our pick of the 10 best places to study in Europe.

It goes without saying that London is one of most popular student cities in the world, not just Europe. Not surprising when it’s home to a huge range of universities offering every kind of subject imaginable: from prestigious economic and political studies at London School of Economics and Political Science (LSE) to creative subjects at Goldsmiths University. For quality of life, London is of course one of the world’s premier cities – packed with iconic landmarks, dining, shopping, leisure and nightlife – although it does come with a higher price tag.

What’s special about Bristol? It’s actually the city where most students stay once they’ve graduated from one of the city’s two colleges – the University of Bristol and the University of the West of England (UWE). It’s not hard to see why they stay: Bristol is one of the UK’s coolest cities, with a thriving party scene and creative businesses aplenty. It helps that it’s right in the UK’s south too, just two hours from London and close to England’s best beaches.

One half of the UK’s most famous and prestigious college cities (the other one is Cambridge), Oxford has it all: pretty countryside setting, super-central UK location, exciting student vibe and more educational history than you can shake a graduation gown at. Yes, the University of Oxford might be tricky to get into unless you’re the best of the best – but luckily you can still get the Oxford experience at the well-respected Oxford Brookes University as well.

Scotland and England are very different places, no more so than when you’re a student. England might have sunny beaches and vast cities but Scotland has a rugged, eccentric personality all of its own. Edinburgh is known for its university culture and offers a manageable city experience – all the benefits of a big city but not as overwhelming as a huge metropolis like London.

The Irish are famed for their ability to have a great party, and nowhere is that more true than in Dublin, Ireland’s capital. It’s a small city with a big feel, which makes the active student social scene at prestigious Trinity College ten times as inviting. Once you’ve finished studying you can start applying to the many multinational companies that have their European headquarters there: current residents include Google, Facebook, Uber and AirBnB.

Spain’s capital of cool is one of Europe’s most international cities, infused with a legendary party scene and a healthy consumption of tapas. In Barcelona you can study at the University of Barcelona and the Polytechnic University of Catalonia, both of which offer courses in English in case your Spanish isn’t 100 percent bueno yet. You can study Spanish as well, of course.

What better place to study in France than the city of love? Follow in the steps of Balzac and Simone de Beauvoir at the world-renowned Sorbonne University, rummage in the many secondhand bookshops of the Latin Quarter or sip a café in between classes at place de l’Odéon. Whether you want to study fashion, history, business or film-making, Paris will serve as a endless source of inspiration and provide you with a rich urban lifestyle. Rarely limited to a US-style campus, studying in Paris means you’ll have a chateau or historic monument within arm’s reach. Oh, and you can study and practice your French too! Pas mal, non?

Home to excellent educational institutions such as EM Lyon, INSA and Université Claude Bernard Lyon 1, Lyon is the French capital of gastronomy and a very popular Erasmus destination. Only two hours away from the French Alps and 2.5 hours away from the seaside, this human-size cosmopolitan city offers both snow and surf. Lyon reserves a special welcome to foreign students by offering them tailored services: information agencies, assistance in finding accommodation … as well as jobs for young graduates. It is simply a great fit for international students.

Do you want to study (nearly) for free in one of the hippest cities in Europe? Berlin might just be the perfect place for you. Teeming with history, the German capital will sweep you off your feet with its nonchalant atmosphere, its thriving nightlife and boundless green spaces. Sign up to the TU Berlin (Berlin’s technical university) or the Humboldt-Universität, one of Europe’s most prestigious universities for arts and humanities, and tame the language of Goethe!

If you are an art or history aficionado there is no better place to study in Europe than Rome. Also known as the Eternal City, Rome is an open air museum which will seduce you before you can say pronto! Extremely rich in culture, it is also a bustling European capital filled with possibilities for students and young graduates alike: student associations, academic research, business opportunities, international conferences … Experience the incredible energy of the city and immerse yourself in all things Italian.

This article was written by Tom & Livia

Tags: Language learning, Student life, Study, Europe
Study abroad in Europe with usLearn More
Get the latest on travel, languages and culture in the GO newsletterSign me up