Australia vs. New Zealand: which is a better place to live? 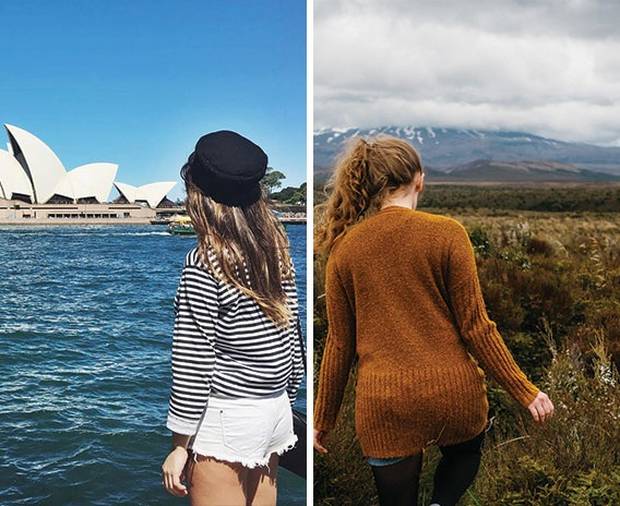 We see you over there, deciding between “Awesome” Australia and “Never-going-to-leave” New Zealand. And we get it: two fascinating English-speaking countries, both nestled in the Southern Hemisphere, both perfect for backpacking, working holidays, and studying abroad. So, which will you pick? To help you choose, we’ve compared a few of their major points of interest.

While Australian and New Zealand English are often considered “the same,” you’ll soon learn to distinguish the two. New Zealanders pronounce their vowels slightly differently, “bed” can sound like “bid” and “six” like “sux,” whereas Australians have a markedly nasal twang.

The biggest difference when traveling in Australia and New Zealand is size. Australia is famously enormous with huge distances (and sometimes deserts!) between capital cities. Perth is over 3,660 kilometers from Brisbane, which is farther than the distance from Madrid to Moscow. On the other hand, in New Zealand, it’s entirely possible to drive to a completely different city or climate in just a few hours. In both countries, the big cities (really just Auckland in NZ) offer exceptional public transportation options. As a bonus, visitors to Australia and New Zealand can use their own valid driver’s licenses for the same class of car, just don’t forget that you drive on the left!

Visitors to Australia and New Zealand will quickly be introduced to their respective national yeast extracts (yes, that is a thing). Vegemite and Marmite are almost impossible to explain to newcomers, but the love of them runs deep in the Aussie and Kiwi psyches. Love these spreads and the locals will love you! (Quick tip: Vegemite and Marmite are not sweet nor chocolatey, despite their brown color and texture. Add just a little to buttered toast, and you’ll be eating like the locals.)

Moving on from salty breakfast spreads, other Australian and Kiwi foods worth worshipping are…
Allen’s lollies (Sherbies, Fantales, and Minties) and Pineapple Lumps (New Zealand’s chocolate-covered chewy pineapple bits)
Caramello Koalas (delectable chocolate koalas with a belly of gooey caramel) and Perky Nanas (Kiwi chocolate bars filled with chewy banana)
Kangaroo and emu (Australia is the only country that eats both its national animals) and the Maori hāngi (a method of cooking meats in an underground pit)

When it comes to sports, the foremost rivalry between the two countries is in Rugby Union, when Kiwis cheer for the All Blacks and Aussies for the Wallabies. Match your colors to your country: black for New Zealand and green and gold for Australia. At the stadium, make some noise for the Kiwi Haka or give a rousing “Aussie, Aussie, Aussie, oi, oi, oi!” for Australia.

Travelers often report that New Zealand has less variety of nightlife – though its smaller, less populated cities do explain this. What’s clear is that Melbourne and Sydney absolutely buzz through the night with countless clubs, pubs, bars, and performance venues. Over in Auckland, you can go night canyoning, see the city lights from the Sky Tower, or stroll the night markets.

With an impressive list of the world’s most poisonous animals, visitors to Australia could be mistaken for thinking its wildlife is out to get them. But don’t worry, encounters with sharks, snakes, jellyfish, and plate-sized spiders are not the stuff of everyday life. Besides those somewhat scary animals, Australia’s iconic and lesser-known animals are a fashion parade of quirkiness – think kangaroos, wombats, bilbies, quokkas, platypuses, and echidnas. Across the Tasman Sea, New Zealand’s wildlife is definitely less odd. The country’s only native mammals are bats and marine mammals, though it does have a notable array of native birds, such as the tui, kea, yellow-eyed penguin, and the forest-floor kiwi bird.

Climate and the outdoors

New Zealand’s climate is milder, colder, and wetter – which could be a positive or a negative, depending on your preferences. Of course, if you’re hoping for a warm to hot climate, Australia is definitely your pick; though be warned, the summer months bring intense heat waves and humidity.

It’s no wonder Australia and New Zealand rank so highly among travelers and study abroad students. Enjoy the process of choosing – and have an amazing time!

Tags: Study abroad, Australia, New Zealand, Gap Year, Live abroad
Want to live abroad and learn a language?Explore destinations
Get the latest on travel, languages and culture in the GO newsletterSign me up