13 Japanese words with no English translation 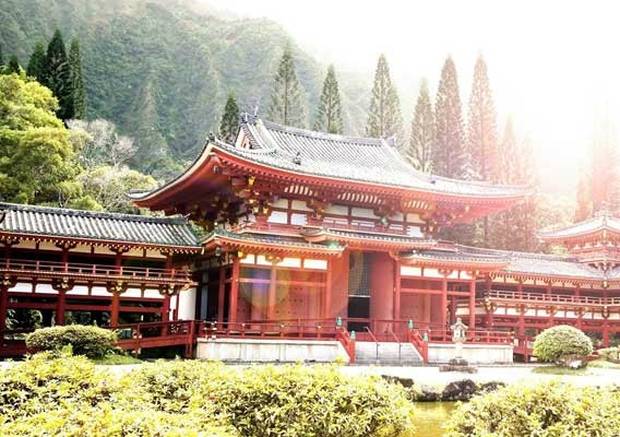 Whether it’s seeing majestic Mount Fuji from your window on a bullet train, eating your weight in Katsudon (a breaded and fried pork cutlet with egg over rice), or watching some cosplayers roam the streets of Tokyo’s Akihabara district: Japan is breathtaking, impressive, and unique. There’s nothing quite like it, and I mean this in the best way possible. Naturally, when you come back from the Land of the Rising Sun and want to tell everyone about what it was like, it’s often hard to find the right words. I can’t guarantee it, but maybe one or all of these 13 Japanese words without an English translation can help you make your travel adventures come to life.

“Leaving a new book unread after buying it and just letting it pile up with the other unread lonely books in your house.”

I know, all book lovers out there probably squirmed reading this, but we know it happens: You get excited about that new book you just bought, only to come home to 34252522 other responsibilities. You put the book on that pile, and sadly, you won’t get to reading any of them… until way, way later.

Otsukaresama is not just any kind of tired, though. This is the “you’re tired”- kind you tell someone to let them know that you recognize they’ve been working hard and for that, you are thankful. It’s a much nicer one than the “you look tired” you might get because you binge-watched Netflix and/or forgot to wear makeup.

“A personality type that can be described as broad.”

Ozappa sounds slightly Greek, but it’s definitely Japanese and refers to someone who doesn’t sweat the details – no matter if the outcome is good or bad. An example could be that your friend brings ice cream to a party but forgets that there’s no fridge – your friend is ozappa. But then, your guests don’t mind eating ice cream soup, and so they are also ozappa.

It literally translates to “subtle” but bimyou implies that “something is a little off, and it might be better to just do without it altogether.”

Wrapping your double cheeseburger in a pizza for an easier grip, packing a second suitcase just for shoes for a weekend getaway, or getting a neck tattoo right before a job interview. Just some examples of bimyou.

“The lights are on, but nobody’s home.”

This is what happens when you pretend that you had to rush out of the house and forgot to turn off the lights. At least that’s what the person knocking on your door is thinking must have happened. Or that you must be asleep with noise-cancelling headphones on. Nobody would ever think that you just don’t want to see anyone and Netflix needs some extra time and dedication.

“An earnest, reliable person who can simply get things done without causing drama.”

Imagine, if we were all a bit more majime during school group projects. Not surprisingly, this is an extremely desirable trait to hold in Japan’s competitive culture – it’s seen as a compliment and is equivalent to describing someone as respectable or admirable.

“Forgotten or lost things; an item left behind a train or forgotten at home.”

*Remembers she forgot her iPhone at home. Dies.*

“A woman so dedicated to her career that she has no time to iron blouses, so she dresses only in knitted tops.”

It’s hard to tell if this is a compliment or an insult, but we say: Knitted tops are awesome, and as long as you only neglect your wrinkled blouses when it comes to getting ahead in your career, it’s all good. (Plus, when does anyone ever really have time for ironing?)

Technically, shibui describes a flavor and means “stimulatingly bitter,” but it also refers to all the things adults think are cool, but kids don’t quite get because they don’t have all those (teenage) memories of the older generation. A lot of vintage things come to mind. And old-school hip-hop. Or the whole set design of Mad Men.

“To eat yourself into bankruptcy”

This expression apparently has its roots in Osaka where people don’t mind overspending on food. (The fact that the city is famous for its cuisine might explain it all.) On a less technical note: Kuidaore also describes my current financial status and the reason behind it in one word.

“When a young person is obsessed with TV, video games, and the internet and withdraws from the society.”

What a troubling thought: You told a young person to go outside because the weather is amazing, and they would ask you to send them the link instead.

“To look worse after a haircut”

Everyone probably knows the bad feeling one gets after a terrible haircut. This tends to come around the New Year when you decide: new year, new me. You go for something drastic and after it’s way too late, you realize that you’ve made a terrible, terrible mistake. #badhairday

“A word without meaning, said when flopping into a chair after a hard day at work.”

See, what I mean about hard working being crucial to competitive Japan? If you’re not in Japan, the equivalent of yoisho are grunts, sighs, or loud exhales.

Tags: Language learning, Vocabulary, Japanese
Learn more (than 13) Japanese wordsLearn More
Get the latest on travel, languages and culture in the GO newsletterSign me up