The benefits of joining drama club in high school 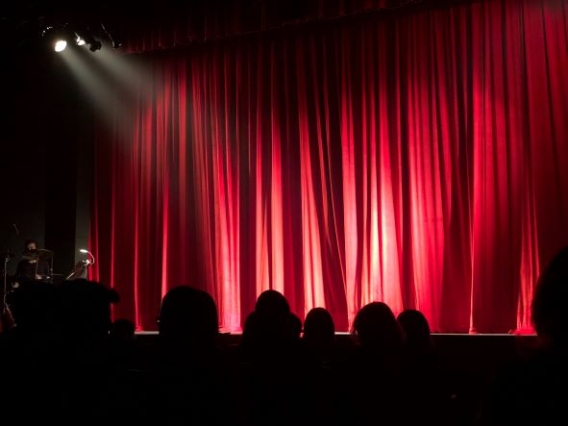 The drama club is a great place to sell your soul for the next after-school year of your life, sucking up every last drop of your free time and filling it with a truly beautiful, meaningful production directed by our very own Mr. Villari. If you like acting, set design, lighting, or any aspect of the theatre, this is the place for you.

I’ve been a member of the drama club every year I’ve been at EF Academy, and even though we’ve had our roadblocks with covid making it hard to put on a production, when a play manages to take flight, it’s worth every second of your patience. You never get used to seeing people you eat with, have math with, and see around school take on a whole new form on the stage, it’s genuinely impressive the amount of theatrical talent we have here at the school, and yes, after almost every play half the cast goes off to graduate, but it only makes their last performance all the more stellar.

I managed to play the role of Ernst back in 2019, one of the antagonists (and comic relief) of the musical Cabaret, (which I highly recommend you see on your own!)  which deceives you with its racy, ridiculous and downright scandalous comic scenes but snaps you back into harsh, dramatic reality with a story taking place in Germany a year before the outbreak of WW2, and how it affected the people. One of our theatre teachers, Mr. Villari, heads the drama club directing it and handpicking every one of our plays, and when things go awry, he always manages to make sure we’re still able to do our job as actors and say something to the public for entertainment, and a more important message, something very important to Mr. Villari and everyone here at the drama club.

Finding your part to play

Every year, Mr. Villari makes sure to pick out a play that’s fun, challenging, and always manages to say something important, regardless of how many jokes are told. Everyone who wants a part gets a part, regardless of your personal acting ability, but the role you get is dependent on your audition, which just goes to show what kind of role you are fit to play, and what you’re looking to do. I initially wanted to play the part of Woland in last year’s rendition of Master and Margarita, but instead I got to play the part of Jesus, which, after getting into the role and rehearsing my lines, I grew to eventually love and enjoy! Everyone has a part to play in the club, and regardless of what you sign up for, I guarantee you’ll enjoy what you’ll get by the end.

Acting, broken down to its barest essence, is the art of telling a story through performance. This idea is what drives actors or people just looking to have fun in the theatre forward, and it helped me get over a hefty portion of my stage fright so I could pursue bigger roles, and helped me grow my passion for acting, as it did with many other students here at EF Academy! And sure, not all of us are going to major in acting, I’M certainly not going to Juilliard, but your high school years are supposed to be spent doing the things you love, discovering more about yourself and learning a whole lot in the middle of it all, and the drama club does all of that and more with flying colors, which is why I’m auditioning one final time to play a part in 2022.