Your 2020 summer reading list, based on your favourite TV shows 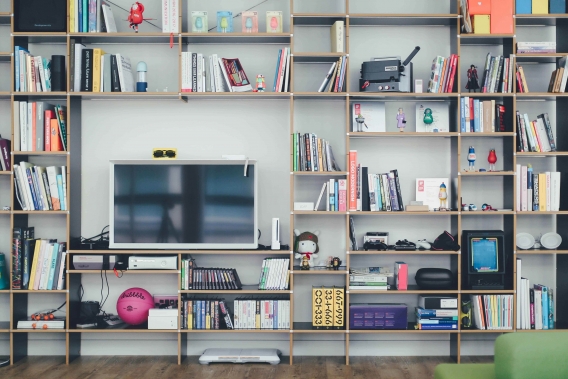 For many of us, travelling this summer is as elusive as catching the golden snitch in a game of Quidditch. If you do have plans to go abroad, chances are your trip won’t be quite like the one you took last summer. For the rest of us, it’s all too tempting to lay claim to our favorite corner of the couch and binge-watch Netflix for the next eight weeks, waiting for school to start again.

But the summer holidays are a time to recharge our batteries, not disconnect them altogether. Summer reading lists are popular because they turn readers into literary globetrotters, immersing them in real and fictional worlds created by authors.

Never Have I Ever

Devi’s life is full of strong, multicultural females – and she’s one of them. The Power by Naomi Alderman creates a world in which teenage girls use their electrical powers to make women the dominant gender. If you want something more grounded in real life, Uzma Jalaluddin’s Ayesha at Last is a ‘modern-day Muslim Pride and Prejudice’ with a protagonist as clever and virtuous as Elizabeth Bennet. Want something even more factual? Read Michelle Obama’s memoir Becoming and be left in awe of ­­­the iconic First Lady’s influence on shaping the White House and advocating for girls.

Awkward moments should be part of the definition of what makes high school, well, high school. In Simon vs. the Homo Sapien Agenda by Becky Albertalli, Simon Spier discovers what happens when his sexual identity becomes everyone else’s business. Jerry Craft’s graphic novel New Kid captures the true nerves of going to a new school where you don’t seem to fit in. On a more serious but equally moving note, Born a Crime: Stories from a South African Childhood by – maybe you’ve heard of him – Trevor Noah is his personal story of finding his identity in a world that told him he wasn’t supposed to exist.

On screen or on the page, stories about mental health help us understand our own emotions and reduce the stigmas surrounding it. The Virgin Suicides by Jeffrey Eugenides follows the story of five sisters who grow up in a family that’s great at keeping up appearances, but not so great at addressing their underlying problems. John Green’s debut novel Looking for Alaska is about how a group of friends learn to make sense of tragedy and ease their anxieties when something terrible and unexpected happens. In his short story collection This is How You Lose Her, Junot Diaz takes us through the highs and lows of love and loss with a beautifully funny narrator, Yunior.

We can all relate to Sam’s experience of having felt like a bit of an outsider at school at some point in our lives. In Wonder by RJ Palacio, you’ll feel deeply for August Pullman, whose facial defect prevents his fellow classmates from seeing him as a normal person. The Perks of Being a Wallflower by Stephen Chbosky ­is written as a collection of letters that Charlie, who suffers from depression, writes on navigating his first year of high school and the loss of people close to him. Sometimes its our culture that sets us apart from our friends; Girl in Translation by Jean Kwok tells the story of a Chinese-American woman getting to grips with belonging to two very different backgrounds.

This show about 19th-century poet Emily Dickinson isn’t your typical work of historical fiction, and neither is The Water Dancer by Ta-Nehisi Coates. Set in pre-Civil War Virginia, the novel follows the life of Hiram – a house slave who possesses a supernatural power that allows him to help the enslaved escape the enslavers and claim their freedom. Arthur Miller’s seminal play, The Crucible, goes even further in time to explore Puritan America during the Salem Witch Trials. If you prefer more contemporary historical fiction, then Tim O’Brien’s short stories in The Things They Carried will take you to the Vietnam War as experienced by the author during his time as a soldier on the ground.

Many thanks to the English and EAL teachers at EF Academy New York for sharing their extensive summer reading list with us. The books in this post are a small selection of them.

EF Academy International Boarding Schools opens a world of opportunities for high school students by providing them with a superior education abroad, thorough preparation for university and a future that knows no borders.

Experience high school in the US Learn more