This is how Christmas is celebrated in our three locations 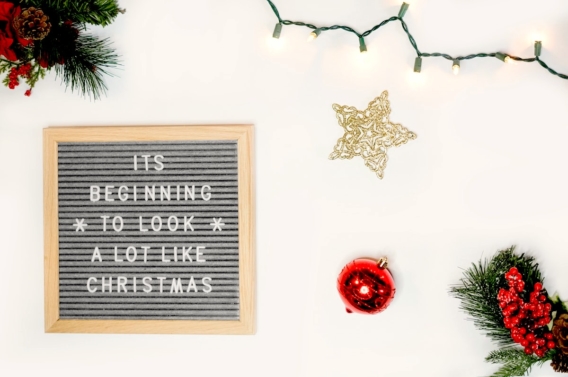 With two locations in the UK and one in the US, EF Academy has a few different options when it comes to how to spend Winter Break. Christmas is a strong tradition in both the US and UK, which is the reason we like to take a break at this time of the year. So while our students head off campus for the holidays, we thought it might be nice to show what the locals get up to during Christmastime. Here’s how Christmas is celebrated in our three different locations.

During the month of December, the city of New York pulls out all the stops and begins preparing for Christmas. There are twinkly lights on every street, shimmering decorations in store windows, and plenty of opportunities to spread holiday cheer and embrace the Christmas season. Here are some of the best and brightest Christmas traditions in NYC!

For almost ninety years, the annual Rockefeller Center Tree Lighting has been the main event to kick off the Christmas season. Each year, thousands of people crowd the streets surrounding Rockefeller Center to watch as the giant tree (sometimes 30 m tall) is lit for the first time. This celebration includes performances by the Radio City Rockettes and many other talented musicians. The tree remains lit throughout the Christmas season and is admired by thousands of people every day.

Fun Fact – Each year the tree is donated to a charity when the holiday season is over. For the past 12 years, it has been given to Habitat for Humanity, where the wood is used to help build houses for people in need.

If you don’t get to see the Rockettes perform at the tree lighting, you can walk just a block and experience the Radio City Music Hall Christmas Spectacular. This show is, as its name says, truly spectacular – an incredible Christmas-themed combination of singing and dancing, complete with the iconic “wooden soldier fall.” If you’re in the mood for a more traditional show, you can watch the New York City Ballet perform The Nutcracker over at Lincoln Center.

The Winter Village at Bryant Park is another fun spot to feel the Christmas spirit. The entire park is transformed into a winter wonderland, complete with an ice rink and a beautiful tree. Grab a hot chocolate and wander around this adorable Christmas market filled with vendors selling everything you can imagine – a great place to buy last-minute gifts and trinkets!

Ice skating is a must-do if you’re celebrating Christmas in New York City. Whether you skate in the Winter Village at Bryant Park, the Plaza at Rockefeller Center (with a great view of the tree), or at the rink in Central Park, there’s no doubt you’ll have a magical time.

The Christmas season in the South of England is traditional, festive, and at times a little bizarre. To kick things off, like many places in England, the advent period is celebrated through mass feasting on mince pies. The mince pie has been a staple Christmas dish since the 13th century when roaming knights brought new treasures back from the wider world: cloves, nutmeg, cinnamon, and dried fruit, were originally combined with suet and minced meat. By the 19th century, this recipe had evolved into something sweeter (without meat!) in a bitesize pie portion.

In the south, you might even wash down this treat on an evening out ‘Wassailing’. The act of Wassailing involves going door-to-door carol singing while carrying a bowl of warm, spiced wine or cider. The singers shout ‘Wassail’ which means ‘be well’ in Anglo-Saxon, and the villagers reply with ‘drink well’. This tradition occurs all through the festive period but was originally performed on Twelfth Night (or early January).

Some traditional homes on the coast of England will also feature a ‘Cornish Bush’ or ‘Kissing Bush’ in the run-up to Christmas. This is made from holly, ivy and mistletoe wound into a circle and topped with a rosy apple and a candle. Originally a pagan ritual to represent new life during the winter solstice, this tradition is now more commonly substituted with a single bunch of mistletoe hung over a doorway. Guests who find themselves underneath this must share a kiss.

On Christmas day itself, many families in southern England will listen to the Royal Christmas Broadcast which features a speech given by the Queen about the year that’s past. Some families might go and see a Pantomime, which is a sort of musical fairytale theatre production for children. But perhaps my favorite tradition and one that is still quite common is the Christmas Swim.

Some hardy Brits on the coast will venture out every year to take a plunge in the icy winter waves of the Atlantic sea. Rarely in wetsuits, swimmers will dip in costume with some even wearing Santa or elf outfits. This tradition is very popular, with locals shaking off the cold later on with plenty of drinking, a turkey dinner, and a good log fire.

There are a few special experiences that a Christmas in Oxford just wouldn’t be the same without! The Christmas market in Oxford is a common favorite for locals and tourists alike. The city of dreaming spires is filled with Christmas joy, as locals set up a beautiful display on the historic Broad Street. Enjoy a cup of hot cocoa and tour the wooden stalls, as you peruse the creative pop up shops.

The University of Oxford also contributes a great deal of holiday cheer with their caroling services. At Christ Church (on the university campus), there are several lovely Christmas performances including several by Music at Oxford’s choirs. Similar to their Southern counterpart, people in Oxford are known to go Wassailing, which contributes to the cheer and merriment.

Another iconic Christmas experience in Oxford is the Christmas Light Festival. Taking place in November each year, the three-day festival brings the area together. Visitors can enjoy light and sound installations, a festive market, music, dance and lots of free activities in venues across the city.

Advent calendars are another bright point in every home in Oxford. This is a tradition that is widely embraced across the UK and Europe. So whether you’re in Oxford or Torbay, an advent calendar is a must! Though, most importantly, everybody has seen the John Lewis Christmas commercial of the year. So to avoid missing out on the conversation, prepare to have your heart warmed by watching this year’s remarkable ad.

Whether you’re in the UK, US, or anywhere in the world, we wish you a wonderful Christmas season from EF Academy!