Why the level of English in your country is so important 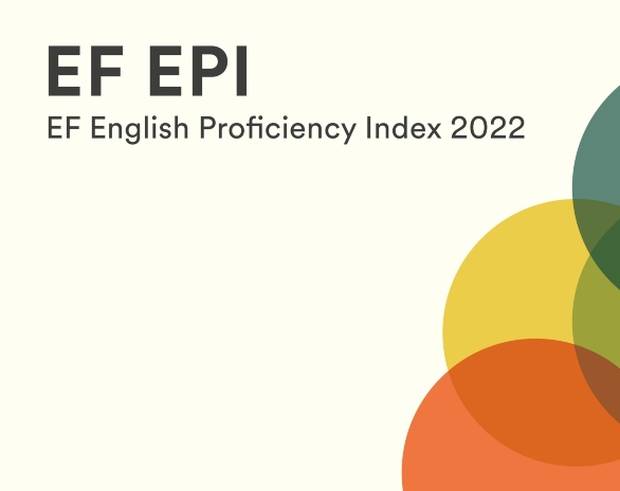 English skills matter because they give people access to a wider range of information, a more diverse, international network, and more job opportunities than ever before. They also matter at the national level because they can tell us a lot about a country’s level of innovation, competitiveness, and future prospects.

In EF Education First’s 2022 English Proficiency Index (EF EPI), we compiled test data from 2.1 million adults and used this data to rank nations according to their English skills.

The following are key findings from this year’s report:

This year’s results also cemented some enlightening correlations between levels of English and greater connectivity, higher levels of innovation and technological adoption, and social mobility.

On an individual level, the following findings also stood out:

Although the findings of the EF EPI do not tell the whole story, they do tell an important one: high English proficiency levels are part and parcel of a future that is prosperous, connected, and healthy.

They also underscore the critical importance of skills that make individuals, companies, and societies more internationally connected and adaptable in the face of ever-accelerating technological change.

“Languages connect us. They are the medium by which we share ideas, preserve knowledge and create culture. This is true of any language, but English, because so many people speak it, has the potential to be a powerful driver of dialog, diversity and inclusion over the coming decade, if only everyone has an equal opportunity to learn it.”

For full national rankings and analysis of the relationship between your country’s English skills and its economy, level of innovation, and connectivity, go to www.ef.com/epi.

Tags: Language learning, Career advice, EF EPI
Contribute to your country’s EF EPI rankingTest your English
Get the latest on travel, languages and culture in the GO newsletterSign me up

Change is the only constant – 10 things to know about the future of work and what it means for your child
By Kaisa · 10 min read
Why investing in your language skills is the best thing you can do for your career
By Emma · 4 min read
Is the future English or emoji?
By Kaisa · 9 min read
Learning English is still a must (and here’s why)
By Erin · 8 min read
See more from