US vs. UK: Hello there or howdy y’all? 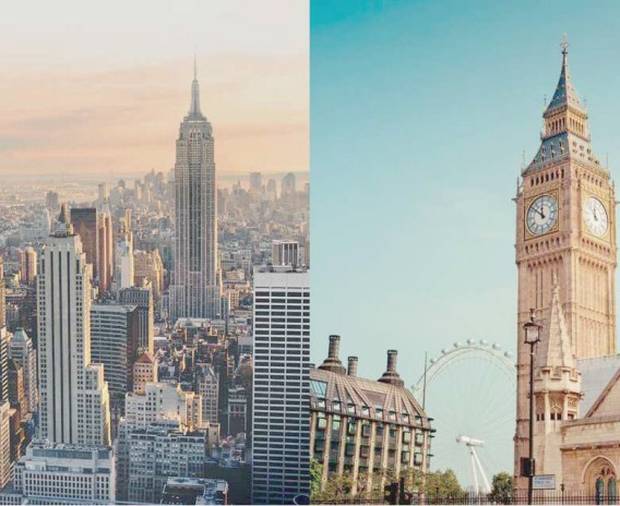 Since the Mayflower set sail to settle in the United States, Brits and Americans have been feuding over whose version of English is the best. Case in point: Lena, my American colleague, overheard a mobile phone conversation between my brother and me. An interesting debate about US-UK English ensued.

Here’s how it went:

The conversation in question concerned my brother’s day out in town with our gran. She loves a good biscuit with her tea, so he took her to the swanky tea room on the high street. Disaster occurred when she dropped her brollie in the lift on the way from the car park. Luckily, he had enough time to take her to the shops for a new one – and she was so pleased, she bought him a new jumper to say thanks. And some crisps for herself, naturally.

As Lena explained, her brother wouldn’t take their grandma to the high street but to main street, and they’d go to a fancy coffee house because Grandma loves a cookie with her coffee. If she did drop her umbrella in the elevator down from the parking lot, he’d take her to the store for a new one. She’d probably buy him a sweater to say thanks – but no chips for herself. She’s never liked them.

Sounds different, right? We might be connected in many ways but it seems we’re separated by a common language. Even Lena’s grandma would agree.

And, while we’re on the subject; a mobile phone is a ‘cellphone’ in America. Who knew!

Tags: Language learning, UK, English, Vocabulary, US
Get the latest on travel, languages and culture in the GO newsletterSign me up