10 things you should know before moving to Honolulu 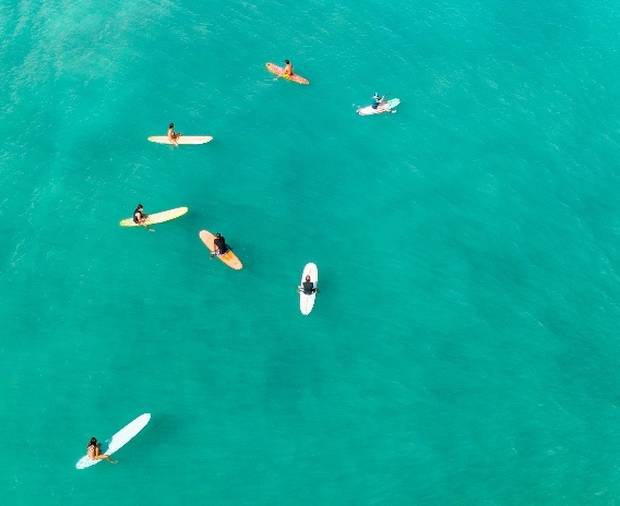 Living in Honolulu means sandals, sand, surfing, and sunsets, right? Well, sure, those things are there. But when in Honolulu, life and its daily ins and outs will follow you too. So with that in mind, here are 10 things you should know before making the move.

Island life means a lot of daily necessities – gas, groceries, clothing – are imported and those costs are passed on to consumers. Plan ahead by knowing exactly what your income will be before arriving or by saving at least two months of savings as you get on your feet. In general, life is more expensive as comparable jobs don’t pay as well on Hawaii as they do on the U.S. mainland.

In general, the locals expect decency, kindness, and appreciation (which sounds totally reasonable, right?). When in Honolulu, make sure to be curious, sincere, and interested in all you meet. Oh, and address those who are (clearly) older than you with Aunty or Uncle to show respect.

In Honolulu, relationships are perhaps the key ingredient to life and are valued over possessions and outward shows of wealth. Here, there’s a feeling of equality amongst groups, and gloating is not taken to. In fact, locals tend to choose their words wisely and prefer not to talk than to talk for the sake of it. Make an effort to cultivate your friendships: Expats tend to come and go, so actively stay in touch when one of you inevitably leaves the state.

When packing for Honolulu, you can leave your business shirts and fancy attire behind: Hawaii is a casual kind of place. Now, we’re not saying go everywhere in flip flops or pack a suitcase full of Hawaiian shirts; just to take your cue from comfort. After all, it’s hot, sunny, and you need to feel free and able to go about your day.

5. Dial down the stress

You’ll quickly see that Honolulu doesn’t really care about the speed you previously lived life at. Nothing – not public transport, people, meals, queues, or red tape – will work to your old concept of time. So take this opportunity to learn to slow things down – it’s called local time for a reason! Don’t resist it: give up the fight and go along for the ride, ‘cause local time is here to stay.

Speaking of stress, if you are stressed by bugs, don’t be! After all, it’s not you – it’s Hawaii’s subtropical climate. The flies, mosquitoes, and cockroaches don’t mean to be annoying, but they can (and probably will) fly into your clothes, hair, windshield, maybe even your food. So like you did with local time, embrace the bugs.

The roads here aren’t the straight, long, wide affairs you’re used to in other U.S. cities. When driving in Honolulu, it’s best to go slowly and give yourself time to react to anything and everything (think road signs, tourists, and cyclists). And again, if the cars are slow out there, they’re probably being driven by locals on local time, so just try to go with the flow – you’ll get there eventually.

For all the aloha feeling and local time there may be on the roads, there is still morning peak hour traffic. In Honolulu, do your best to secure accommodation close to where you work, even if it costs slightly more. You’ll thank yourself each and every morning! Also, talking about setting up home, remember that it is expensive to transport bulky items to Hawaii, so take advantage of your move to do a major declutter and embrace a simpler, island lifestyle.

In Hawaii there are two seasons: summer (or the dry season from May to October) and winter (the wet season from November to April). Be prepared for the humidity and salt to take a toll on your electronic items, on anything with a tiny motor, as well as on paperwork and books. Avoid losses by leaving precious books and printed photographs behind and by taking out the extra warranty on new electronic purchases.

You’ll soon see that while the food can be carbohydrate-heavy, the locals also love to be outdoors hiking, biking, swimming, walking, jogging, and surfing. So join in: Where else have you lived where an afternoon’s exercise has such a gorgeous backdrop?

Tags: Travel tips, Student life, Hawaii, Honolulu
Learn English in HonoluluLearn more
Get the latest on travel, languages and culture in the GO newsletterSign me up

Your guide to moving abroad: 10 things to do before you leave
By Erin · 6 min read
10 tricky words in English & how to stop misspelling them
By Erin · 4 min read
Malta magic: 5 must-visit spots
By Polina · 3 min read
Beijing: The longest journey starts with a single step
By Lucy · 2 min read
See more from