10 things you have to do on Vancouver Island 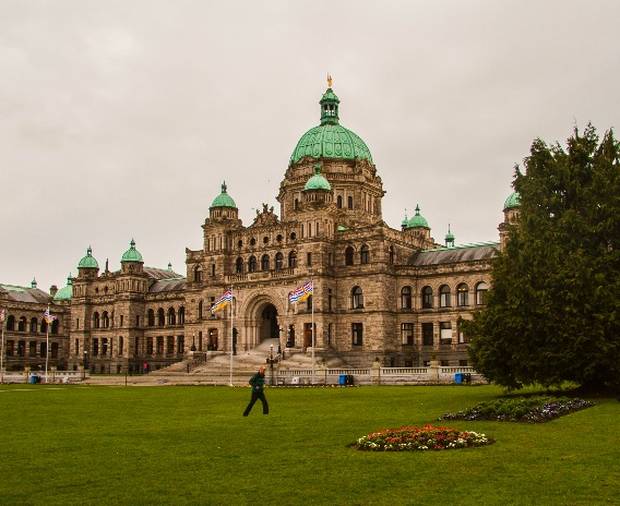 Victoria, located in the south of Vancouver Island, is lesser known compared to some other Canadian cities. Nonetheless, almost 4 million tourists flock to Victoria every year, to explore its picturesque ocean views, historical sites and trendy bars and restaurants.

There’s an endless list of things to do on “The Island”, as residents call it. Here’s a selection of things you have to do on Vancouver Island to give you an idea of all the Western Canadian coast has to offer.

Known as a shipping port in its early years, Victoria is still home to a bustling harbor with sea planes, ferries and tour boats lining the waterfront’s edge. The point where they all meet is called the Inner Harbor and there are many famous landmarks dotted around here, including the famous Empress Hotel; one of Victoria’s oldest hotels (over a hundred years old!). This chateauesque luxury hotel has housed both celebrities and royalty, and is definitely worth a visit.

Another famous landmark is the BC Parliament building. Built in 1897, this awe-inspiring structure houses the province’s government and sparkles when lit up at night.

Victoria is situated on the southern tip of Vancouver island, so the southernmost tip of Victoria offers some amazing views of the Ocean and the distant Olympic Mountains in Washington. Dallas Road is the street that travels along this southern edge and has some terrific walking paths and stairs to the beach where you’ll see tourists and residents alike taking in the views. The path culminates at the Ogden Point Breakwater, a path that extends onto the waters of the ocean that provides unparalleled photo opportunities and the occasional wildlife sighting of otters, seals and even whales!

This 200 acre park in southern Victoria is one of the stand-out destinations of the city! Local flora and fauna are in full display in the park in a variety of areas. Fields, forests, ponds and more are home to herons, turtles, otters and local owls and birds.

There’s a waterpark, a set of tennis courts and a petting zoo that are fun for both kids and adults. Paying homage to the indigenous Songhees people, there is a totem pole that is the 4th largest in the world at the parks entryway. During the summertime you can see concerts, movies and events in the park all season long.

Victoria has no shortage of beautiful beaches but this one is arguably the nicest. Sheltered from the open seas by natural rock formations, this is an ideal hang-out spot to relax in the city. Play beach games or run around the nearby park and enjoy the old fashioned snack cart by the entrance. If you really want to explore the area, take to the water and rent a kayak or paddle board to see the ocean the way it was supposed to be enjoyed: up close!

5. Whale watching in the Salish Sea

Vancouver Island is home to a host of amazing animals, but none are more majestic or revered than our local whale population. Orca whales are famous in the region, but there are also humpback whales, grey whales and various porpoises that swim in the local waters. Travel via high-speed luxury catamaran, or a little zodiac boat into the open ocean and see one of earth’s most amazing creatures in its natural environment.

Fan Tan Alley is an old gambling den that has been restored into a vibrant tourist destination, with locally owned shops, galleries, apartments and offices. It is also the record holder for Canada’s narrowest street, measuring only 0.9 metres (35 inches) at its most narrow point.

Just a short ride from Victoria is the nationally protected Goldstream National Park. There are many trails for hiking and grounds for camping, but most visitors come here to climb up to the old abandoned railway trestle for the view and for a selfie.

If you go to goldstream in late October or early December you can also catch the amazing natural phenomenon of the salmon run; hordes of salmon swimming from the ocean upstream to their birthplace in order to start the new generation. It is incredible to see and there are frequent educational presentations to learn more.

This is another provincial park that is a short car ride from Victoria, although instead of towering views and dense forests, you’re treated to panoramic ocean views. East Sooke park has many trails, but the most famous is the Juan de Fuca trail which follows the water’s edge and puts you only meters away from the ocean! Bring your camera and a lunch and keep an eye out for seals and whales along the water’s edge.

Victoria may be the biggest city on Vancouver Island, but there are many more amazing locations scattered throughout the island. You can drive “up-island” as the locals say, to some world famous locations that include Nanaimo and Comox. None are more famous, however, than Tofino: a beautiful seaside community sheltered by a group of islands.

This destination has become famous for it’s incredible views, surfing, hot springs and adventure tourism. Sleep in style at a luxury resort, or do it on a budget and meet some cool people at the local hostels. Tofino shouldn’t be missed by anybody!

If you take the ferry from Vancouver to Victoria, you will come through a group of islands called the Southern Gulf Islands. Living on such a small island may seem remote, but these islands are alive with rich history, communities and culture as well as exotic nature to explore.

Saltspring Island is the largest and most popular, and it hosts a famous outdoor market every Saturday in the summer, but Hornby Island and Galiano Island are popular destinations as well. Take a ferry to any one of these destinations and discover each island’s secrets, like hidden restaurants, secret swimming spots and secluded nature trails. Vancouver Island is not the only island to explore!

Tags: Travel tips, Traveling, Canada, Vancouver Island
Explore Vancouver Island with usLearn more
Get the latest on travel, languages and culture in the GO newsletterSign me up