The power of a ‘cuppa’: A tea lover’s guide to London 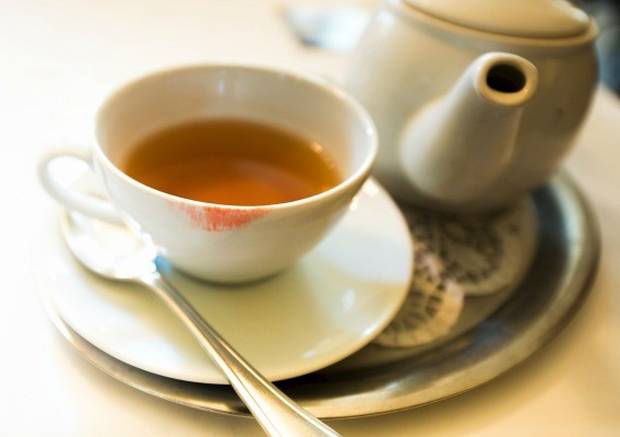 There’s nothing quite as British as a cup of tea, or as London as ‘taking afternoon tea’ at one of the capital’s delightfully posh tearooms. Although the pretty scones and sandwiches tend to steal the show – and are more than Instagram-worthy – the tea really takes the center stage.

If you’re not a tea lover yet, you will be soon. Read on.

A few fun facts about tea

Tea is the second most popular drink in the world, topped only by water. The biggest tea drinkers can be found in Turkey, Ireland, Britain and Russia, and despite the rising popularity of coffee, tea still reins supreme in many parts of the world.

Tea originated in China more than 4,000 years ago and was originally used as a medicinal tonic. It was brought to Europe in the 16th century and popularized by the Brits in the centuries after. An American coffee merchant invented the tea bag in 1904 and instantly transformed tea-drinking into a more casual, easy affair.

All teas – from black to green to white – come from the same plant; they’re simply processed differently to get a different color and taste. Green tea is considered the healthiest, with high levels of antioxidants that help the body stay healthy. Recent studies have even shown that drinking four cups of tea a day is better than the equivalent in water!

Tea on the British Isles

Although Brits don’t actually drink the most tea in the world (Turkish people do), 165 million cups a day certainly qualifies British people as tea lovers of the highest order. There’s nothing quite like a good ‘cuppa’ for a Brit; they actually love their tea so much that they have been arguing for decades over the correct order to pour milk and tea into a cup!

Fall in love (with tea) in London

London boasts some of the most fabulous tearooms in the world, so you should make sure to include several tea breaks in your day. Tea in the morning with your breakfast? Goes without saying. A cup of tea in the afternoon with a scone or sandwich? Of course. A nice, steaming pot of tea to wind down after a long day in the city? Do you even need to ask?

For a morning cuppa

Head over to Bea’s of Bloomsbury, a beautiful little cafe with a great selection of teas, delicious coffee (if you need it to get started with the day!) and some of the best cupcakes in town. They open at 7.30 on weekdays and serve afternoon tea as well, in case you feel like lingering around.

Want to pair that tea with a great breakfast made of local ingredients? Head over to the very hip Urban Tea Rooms in Soho. Feel like flushing down an exquisite cup of tea with some of London’s best coffee (you’re going to be seriously caffeinated after!), don’t forget to visit the super cozy and chilled out Notes Cafe near Covent Garden. They open at 7am already and stay open late into the night.

Go to The Berkeley Hotel in Knightsbridge for a truly chic afternoon tea experience, complete with designer pastries and some of the finest tea in all of London. Remember to book a few days in advance and to dress appropriately (no shorts or flip flops!); it isn’t called ‘Fashion Tea’ for no reason.

Want something more classically English? Head over to Claridge’s in Mayfair – they’ve been serving a very traditional afternoon tea for 150 years already, and clearly know what they’re doing. Book a table well in advance and dress smart – you’re going to want to look and feel the part when sipping your tea and nibbling your scones here!

For an evening treat

End your day on a high note in one of London’s increasingly popular ‘Not Afternoon Tea’ spots. I’d recommend the Harvey Nichols Brasserie at the top of the Oxo Tower by the Thames River. In addition to great views and tea – yes, you’ll still get your cuppa – you get to indulge in amazing desserts, enjoy a cocktail to match, and even take home a bag of sweet treats!

With all that tea (and caffeine) running through your veins, you’ll have all the energy in the world to explore the hidden gems of London and maybe even go for a peaceful stroll in Kyoto Gardens after a spot of shopping in nearby Westfield Mall.

Tags: UK, Culture, London, Food, Tea
Explore London with usLearn More
Get the latest on travel, languages and culture in the GO newsletterSign me up